Big K.R.I.T.’s “Pay Attention Tour” made a stop at Dallas’ South Side Music Hall on Friday via Scoremore Shows, just 3 days before the release of his sophomore studio album, “Cadillactica.” This was the 27th of 31 cities and the 2nd Texas date on the schedule of a tour in which K.R.I.T. said he was “traveling with a message … about our culture-where we were and what we have come to.” Content and subject matter are staples of the Mississippi MC’s work, so while a statement like this might seem laughable from many rappers, it was an accurate representation of the product we received that night. As usual, K.R.I.T. did not disappoint. –topic and Kool Quise kicked off the show, and Atlanta duo Two-9, who are traveling with K.R.I.T. were the only other opening act.

First thing to catch the eye was the DJ setup in the center of the stage, which sat on top of the front end of an old school, square body Cadillac, with flashing LED headlights and turn signals, and with flared sides so the crowd could also see the wheels. And then the lights dimmed. Music began to play and cell phones filled the area just above the crowd, recording K.R.I.T.’s entrance to “King Without A Crown.” K.R.I.T. then began running through his catalogue; going into deep album cuts as well as more popular pieces. And while I found myself not knowing all the lyrics to every song, it seemed as if this sold out crowd did.

Throughout the show, K.R.I.T. sprinkled in material from the new album including “Lac Lac” and “King Of The South,” and just past midway into his set, he brought out singer and song collaborator, Rico Love, to assist in the performance of “Pay Attention,” the album’s first single. The chorus of “Mind Fuck” followed, and then DJ DiBiase, the tour’s DJ, began an interlude of Southern classics (“Stay High,” “Sippin’ On Some Syrup” and “International Player’s Anthem”), representing some of the artists and songs that have served as K.R.I.T.’S influences over the years. Post interlude, the other half of Multi Alumni, Big Sant, joined his fellow group member for a series of songs on which he’s featured, and then stuck around for hype man duties.

K.R.I.T. closed the show with a trip into the crowd during “Just Last Week,” heartfelt commentary on police brutality including the dedication of “The Vent” to Mike Brown, and performing “Mt. Olympus,” with the third verse A cappella, as the finale. When it was all said and done, K.R.I.T. had given us a 70-minute-plus performance, touching on all of his projects since “K.R.I.T. Wuz Here,” and previewing several cuts from “Cadillactica.” Why K.R.I.T. is never mentioned in the same breath as the other artists in this rebirth of lyricism is still beyond me, but with each project and subsequent tour he does, he solidifies his place in the culture. Perhaps it’s just the fate of most great Southern hip-hop artists whose music touches us, but rarely touches the radio. There is great hope for “Cadillactica,” and having heard it, this could be K.R.I.T.’s breakout album. Yet part of me feels that we just might have to support our own, here in the South, and humbly know that we have one of the great hip-hop artists of our time, while mainstream continues to be tone deaf to his genius. I’ll be at every K.R.I.T. concert that touches my city, and I suggest we all do the same. If they won’t support the movement, we will. Go buy “Cadillactica,” available Nov. 10.

Songs, In Order by Performance:
King Without A Crown
Country Shit (Remix)
Somethin’ Right
Talkin’ Bout Nothing
New Agenda
Lac Lac
Rotation
Cadillactica
King Of The South
My Trunk
Believe Me Freestyle
Money On The Floor
My Sub
Only One
Temptation
Pay Attention
Mind Fuck
-DJ DiBiase’s Interlude-
Return of 4Eva
Pull Up
How U Luv That
I Got This Here
Just Last Week
R.E.M.
The Vent
Mt. Olympus 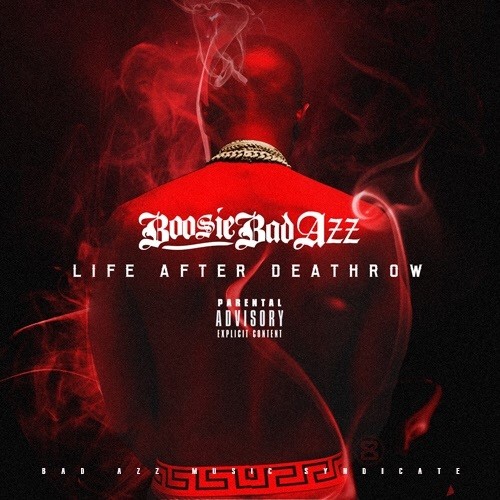