COSIGN Magazine > Lifestyle > COSIGN Sports: So Just How Much Does Kaepernick Get For Jersey Sales?

COSIGN Sports: So Just How Much Does Kaepernick Get For Jersey Sales? 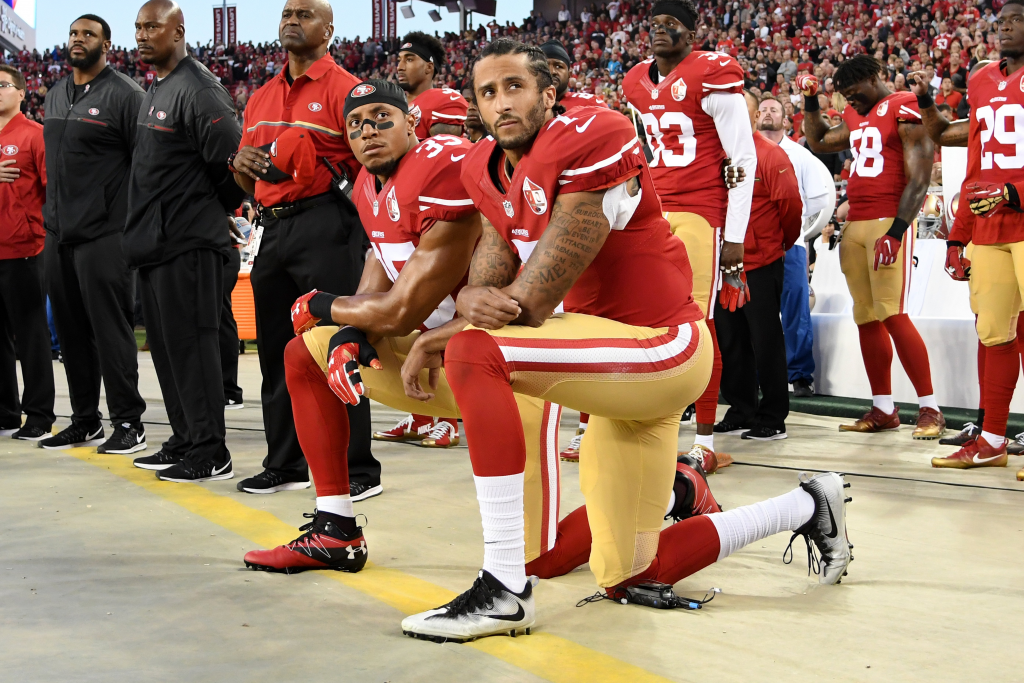 So Just How Much Does Kaepernick Get For Jersey Sales?
Words by: Chris P. | @cplocalceleb

Recently, the NFL’s Colin Kaepernick has raised his national profile and stirred up quite the controversy by deciding to sit for the national anthem before his football games. As I’m sure everyone already knows, this was a protest of police brutality and athe almost weekly killing of unarmed black citizens across the country. To put his money where his mouth is, he’s decided to donate the money he receives from jersey sales “back into the communities.” Aside from what you think about his protest, don’t you wonder just how much money that would be?

According to Fortune.com, each player gets two-thirds of his own jersey’s sales; the other third goes to the NFL Players Association, some of which goes into a pool to be distributed among the rest of the players in the league. Colin Kaepernick’s adult-sized jerseys range from $94.99-$124.99 on NFLShop.com. Since I never expect Nike to disclose the cost to manufacture these pieces (sweatshop labor, anyone?), calculating just how much purchasing his jersey would benefit the NFL’s highest profile activist’s cause is difficult. So just to pull a random number out of my backside, let’s say the cost is $10, Kaep would get between $56.66 and $76.66, which would then become a charitable contribution to these community organizations. At one point in early September, his was the best-selling jersey. While it seems that the parties involved prefer to publish which jerseys are the most popular, I have struggled to find exactly how many units each player has sold.

So if you have purchased a Colin Kaepernick jersey as a sign of solidarity, you’re funds will go to help the cause and not the spokesman. So to answer the question, “Hell if I know” how much this is going to end up being, but volume sales will definitely impact his cause.