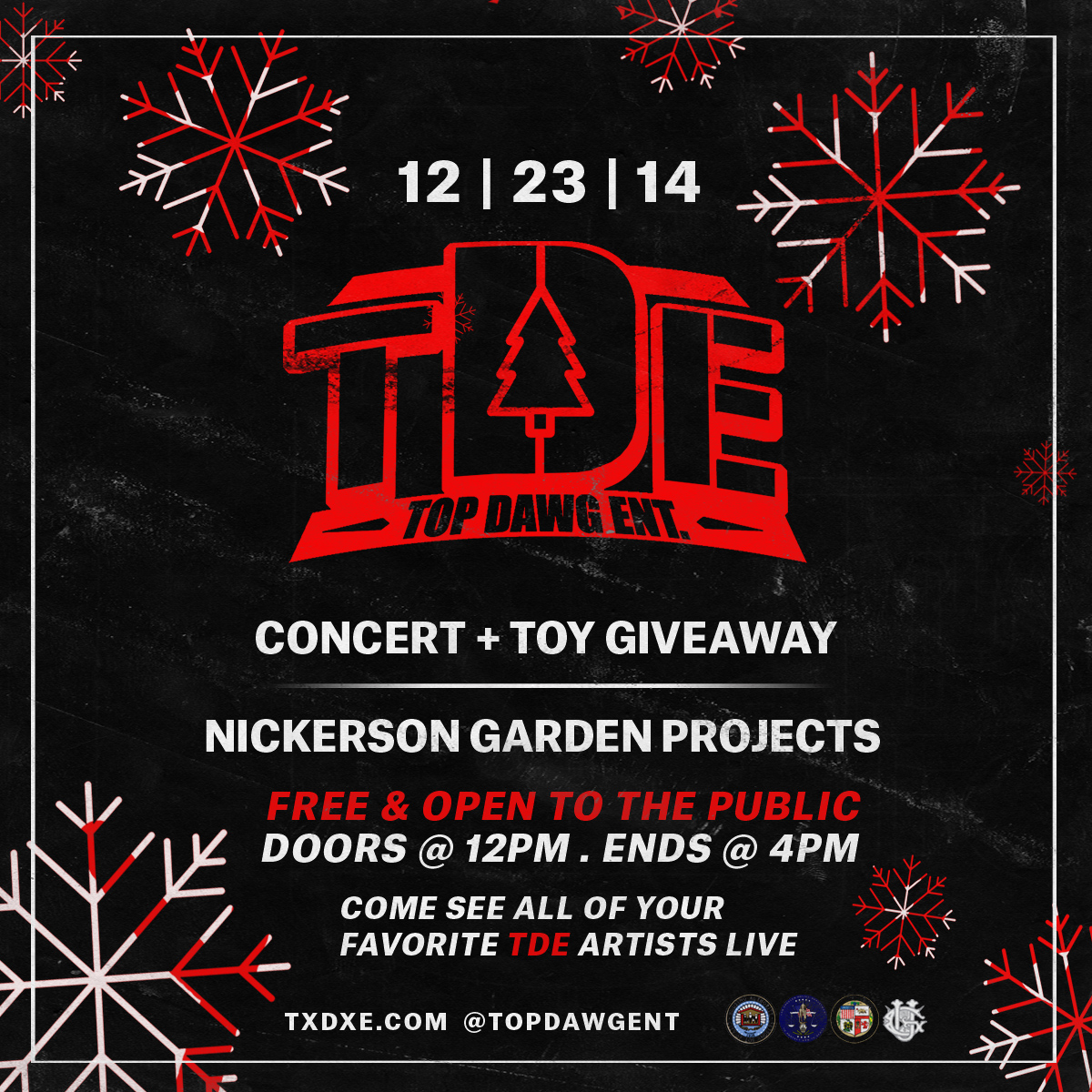 Top Dawg Entertainment is partnering with the Nickerson Garden Projects to show their holiday and giving spirit in support of the communities that have raised and nurtured them throughout the years. In thanks to family, friends, and neighbors TDE will be donating toys, shoes and more along with the gift of music at a special event to be held at the Nickerson Garden Projects on December 23rd, 2014.

All are welcome to hang out with the TDE team, receive a toy and enjoy a free concert with all of your favorite TDE artists! Come share in the essence of a growing community and take part in a great way to spread peace and love during this holiday season.

Members of the TDE team feel it is of upmost importance to give something back to the local communities, especially during the Christmas holiday season. It’s always so greatly rewarding to see such a festive spirit in the faces of young children when they receive a gift from Santa, especially as many of them may not have received a toy at all if not for the TDE team and those who support them bringing their resources together.

“Being one of those young boys raised in the Nickerson Gardens projects I felt it’s my duty to bring the show back home. Rather than just giving gifts for the holidays, I also wanted to bring something different and unique to my community.“
– Top Dawg, CEO

They are also continuing to build upon their charity program, TDE Youth Foundation, which brings the team together in an effort to continue to give something back to the local community. The event will be a fantastic way to end this year and kick-start a new year of fundraising and volunteering in 2015.

So come out, have some fun, share some cheer, and enjoy this holiday gift from everyone at Top Dawg Entertainment! 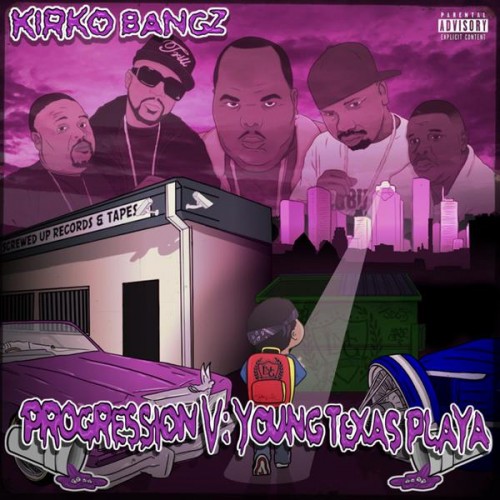