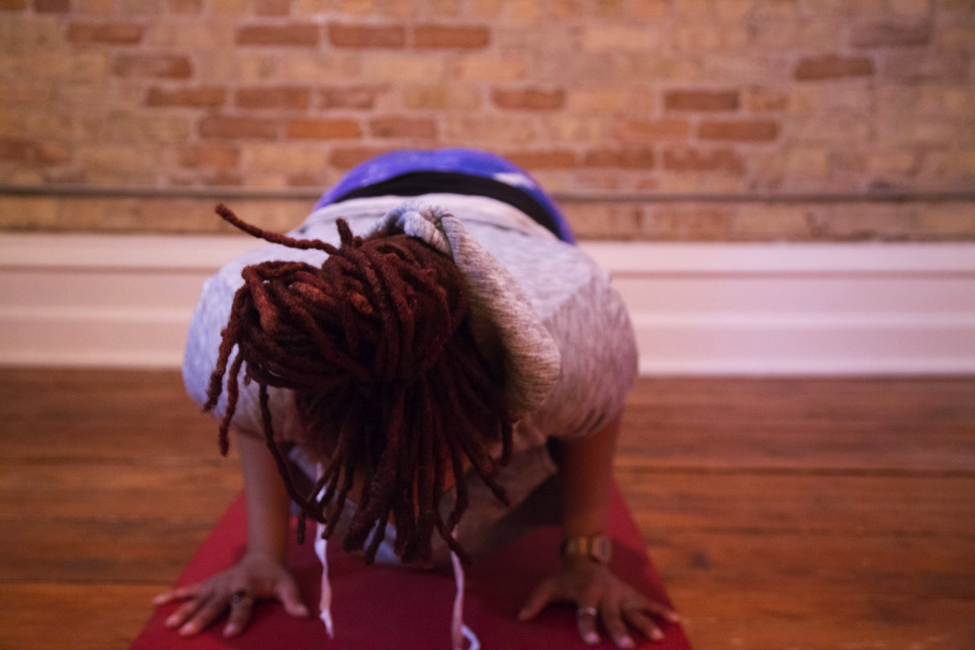 Growing up with “only-child syndrome,” Karla was a busy body. She wanted to be seen, heard and comforted by all means. She was a city kid from Chicago and her grandparents sent her off to summer camps to simmer down a bit and so she could be exploratory.

Karla used that calm from her summer camps throughout adulthood, particularly when she realized she wanted to be happy, healthy and comfortable in a peaceful setting. When she left Chicago, she first ventured to San Francisco, before heading to New York where she began a full-time job working over the phone. Her friend encouraged her to start joining yoga classes, so she did. Her favorite instructor was a beautiful black woman who comforted her with her own personal story about yoga. She was able to give Karla a narrative that she connected with. Karla eventually returned to Chicago and continued yoga there, but when she was unsuccessful in finding the same comfort she had in her previous instructor, so she took it upon herself to create that feeling for herself.

She had left her full-time job after 3 years and began teaching yoga in Chicago, using this opportunity to meet new people and learn about their lives, all while playing chill music in the background. Her transition from talking on the phone to connecting with people in person was her greatest duty. Through trials and tribulations, she learned how to use her voice rather than her “teacher’s voice.” Karla went on to move to Dallas and open her own studio, Gypsy Yoga, and now uses the voice she created to teach and talk to her students. She uses her music, words and the inspiration she gets from her pupils to mold her lessons. 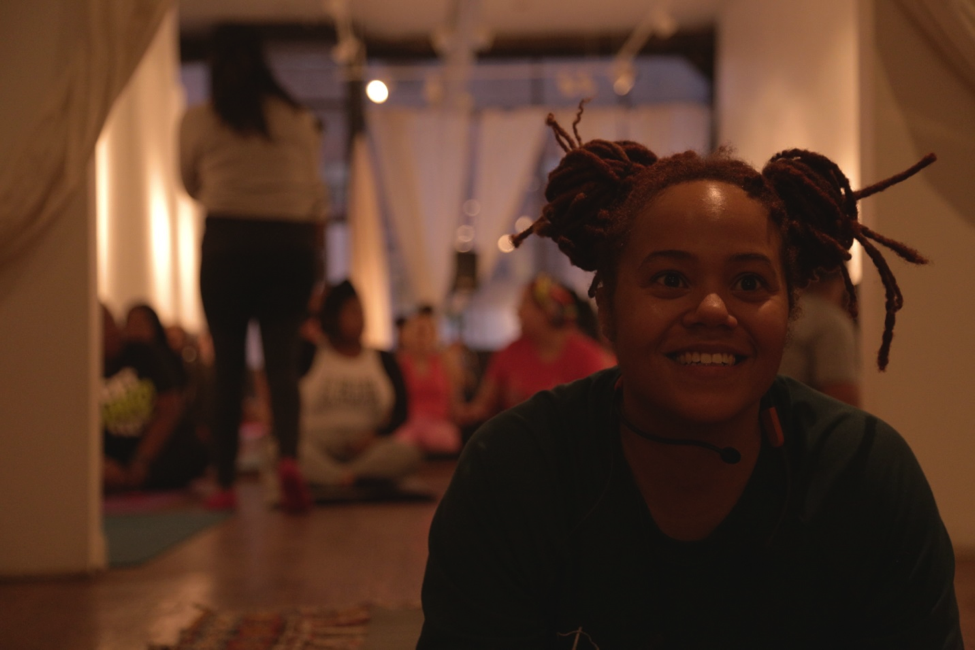 “Gypsy Yoga is meant to get every first timer on their mat!” she says. And to offer an inclusive environment, Karla plays the calmest of calm music to the trappest of trap music. She reaches a greater audience this way, and adds to that audience through events, social media and throughout the yoga community itself. Gypsy Yoga recently sold out a music venue with 100 people who have never tried yoga and, “It was AMAZING!” She has another event on June 4, 2017 and to sign up, click here.

We #COSIGN Gypsy Yoga because it is limitless in providing yoga to a wide spectrum of people with varying philosophies and body types.

Who does Karla #COSIGN?