In Case You Missed Them … Dallas’ 2016 Musical Highlights 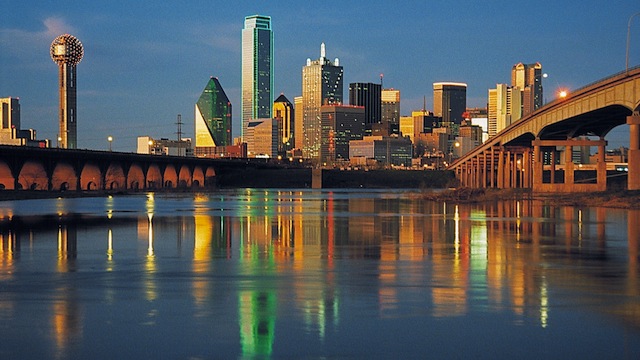 From the likes of Vanilla Ice to Erykah Badu, Dallas has always been able to boast of giants in the music industry. Interestingly enough, the success of individual Dallas artists has never led to a wider spotlight being shone on the city’s various other solo artists, many of whom are leaders of their own collectives and/or movements. As part of our effort to provide a platform for Dallas talent, we decided to take some time out and highlight some of our favorite projects from the past year.

On “Prism,” Sudie is reminiscent of a Medúlla era Björk. Experimental, haunting and highly engaging, it seems as though Sudie has found her musical stride with her latest album. Her lead single, “Schitzo,” gives listeners a taste of her playful harmonies, cutting lyrics and general inventiveness. Based off the projects Sudie’s put out thus far, I feel comfortable saying she could very well be mentioned one day in the same breath as some of Dallas’ most respected female artists. If you want to hear more check her out below.

Since Sam released “SPCTRM” back in February, she’s gotten nods from PAPER Mag, Fusion, as well as a coveted slot in Hot 97’s “Who’s Next” artist showcase. Her album goes from grungy and angsty on tracks like “Bitch I’m Me” to sultry and sensual on tracks like “Gold Link.” Sam’s socially conscious lyrics are refreshing:

“It’s all mine and I can flaunt it if I want it, you don’t like it? Don’t police my areola,”

“When you got to work twice as hard and you still get second guessed/ when you make it to the top and its too many blind eyes only see what they decide/ should be visible to them won’t admit errors to their pride/ Drawing lines in the sand, though they say there’s no divide.”

She manages to be poignant and point-making without hints of condescension or a “holier than thou” ‘tude. We’re expecting big things from her in 2017; make sure you’re keeping up to date on all things Sam Lao by following her on Twitter and IG.

“Champagne Brunches” is the latest album from up and coming rapper CLEW. On tracks like “Party” and “Ex Factor,” he makes excellent use of voice and characters in a way that makes listeners want to know more about every person and situation he mentions. “Champagne Brunches” shines most is in its ability to have range while retaining a core sound. The album doesn’t pander. It never loses focus. But on “Champagne Brunches,” there’s a song for every “type” of rap fan. The trap rap fan (I recommend “Wow”), Drake fans (Yes, Drake is his own sub-genre and if you’re into it, I suggest “3am”), etc. Select tracks from the album are featured on SoundCloud, to hear “Champagne Brunches” in its entirety check it out on Spotify.

“Law of Attraction” from Bobby Sessions

Now technically, “Law of Attraction” was released at the end of 2015, but the content is so excellently executed, that I’d feel guilty if you missed out because it wasn’t featured on this list. LOA is the result of Sessions’ adoption of the “Law of Attraction” philosophy popularized by “The Secret.” The law basically states that in directing your thoughts towards the positive, you will bring positive experiences into your own life. “Law of Attraction” manifests itself in Sessions’ music without making the album sound banal or clichéd. With tracks like “Black Neighborhood” and “Famous” on the same album, Sessions has mastered the fusion of everyday realities with individual idealism. You can listen to Law of Attraction below.