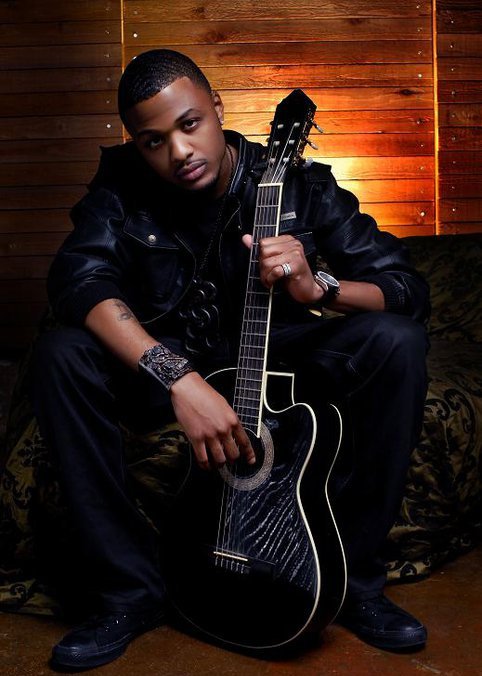 D-Jo gets personal with Cosign Magazine

Cosign Magazine got the opportunity to pick the brain of one of the up-and –coming stars in R&B D-Jo. Once a member of the group Xquizite, that opened up for acts such as Ginuwine and Bobby Valentino; D-Jo now has the opportunity to spread his wings artistically on his own. He has his first solo album dropping in 2012, which will showcase the talent that the top of the music industry like Big Boi from Outkast and Jagged Edge had an early look at. He took the time from his busy schedule to let us get to know him a little better, and for us to understand why he needs to be #Cosigned.

How did you get into the industry?

I would like to say me becoming a part of the industry just came with the process. I made the music, began to push the music, and eventually with enough saturation, supporters, and believers in my craft the industry came to me.

Do you feel your early success puts you ahead of the game?

It can go either way. Every artist has their own success story. I do believe my early accomplishments and recognitions put me in an elite independent category among other R&B artists. With the blessings from GOD, he has placed me where I am now and for that I am thankful. I don’t know what the future hold for my career but I know if I’m patient and trusting in him I can’t lose!

Do you regret the group splitting up?

I honestly do not regret the split up of Xquizite, I feel the experience I had in the group only prepared me better for my solo career to come. Some groups are meant to be and some aren’t. We obviously didn’t finish the race but the lessons learned I take to heard and still use to this day. It was a mutual decision for the group to split and for me to branch off into my own solo lane.

What projects are you working on now?

Currently finishing up my 1st debut LP album, which is Untitled as of now. I will be releasing this album independently through Bigg Life Entertainment projected for 2012 1st Quarter. In the meantime I will be dropping the 2nd Volume of my street R&B Mixtape Series (Still R&Beast’n) this fall. My Mini-EP album, “The Anticipation of Derrick J” is still available and booming across all online retailers, as well as my street mixtape R&Beast Muzik Vol 1.

What makes you different from the other R&B artists out now?

My complete package, from the voice to the image, to the way I carry myself as an artist. I feel my versatility in songwriting, vocal range, and all-around swag sets me apart from the masses. I’m very confident in my craft and I am not hesitant to sing at any given time, any given place. I see a lot of R&B artists these days that only portray their musical personas through their recorded music but not live in the flesh. I live through my music on a daily basis and I’m not scared to let it show! I cater to my fans, which is most important, if they want to see and hear the D-Jo they play in their iPOD or see on their computer or TV screens, that’s what they get.

What do you like about the industry right now?

I like the independency right now in the industry. Artists are expanding themselves to a more business mind-set and are creating their own lanes and opportunities their own lanes and opportunities succeed. I also like the competitiveness right now in the game, artists are making music more rapidly now to keep that consistency flowing and to stay relevant in the ear of the industry.

What would you change about the industry?

Lol! I would change the perception of “Good Music.” I see a lot of songs are being pushed out that are only songs that can last a season or two. I would bring back the focus on “Timeless Music”; Music that can last an eternity and that has a message. Lol Maybe the industry should have a “pointless music” filter!

What are you listening to on a day to day?

Good question. Besides my own music, I don’t have any specific artists I jam. On any given day you could catch me jamming old school R&B from the 90’s or Motown Music. Most music back then had content and meaning.

If you could collab with anyone in Dallas who would you collab with? Artist wise and producer wise?

Not a big selection in Dallas, but if I had a choice I would like to collab with Dondria on a nice R&B duet-style joint or possibly Trai-D on an up-tempo commercial-type track. Definitely S1 producer wise, he’s killing the game right now.

Who do you #COSIGN?

I Co-Sign anybody who Co-Sign’s me I Co-Sign hard work, dedication, and true talent.