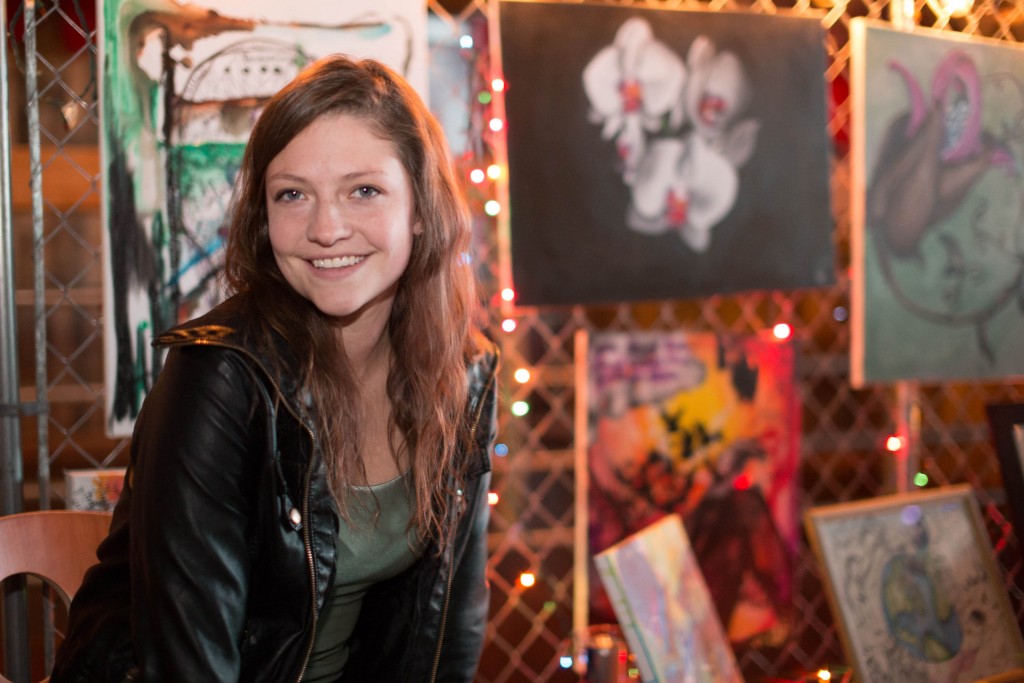 Megan Najera is a visual artist born and raised in the DFW area. Her work blends the figurative with the abstract and surreal; layering philosophical questions over images of the body. Given the heavy emphasis on rebellion and questioning the world around you, that much of her art features, it’s no shock that she’s heavily inspired by her own tumultuous adolescence. “I have a lot of artwork from high school that is a little surprising for me now that I’m older,” she says. “Some of my stuff can be really dark but I think everyone can relate to that and I think that’s why people relate to my work so much.” Perhaps unsurprisingly, she also finds inspiration in the music of popular and notoriously rebellious rapper Machine Gun Kelly. “It wasn’t ‘til I started listening to [MGK] that I thought, ‘Wow! I can do this for myself. As long as I want it then I can go get it.’ I’ve never connected with any music like that before.” She goes on to say, “I think it’s because he appreciates things so much, he appreciates not being cliché or in the circle or being popular.”

Not only is she able to relate to MGK philosophically, she connects with his music as a parent also. “He had a kid at a young age and so did I, so that definitely helps me see how he deals with it, so whenever I get to the point that I’m a bigger artist, I know I can still do it,” she says. “A lot of people say your life is over when you have a kid so it’s nice to know another artist has made it like how I want to make it.”

While MGK has inspired Megan to achieve her dreams with her son at her side, she’s not immune to the struggles that come with being a parent “You can’t really focus on your work when they’re awake and alert (laughs). I’ve found that he’ll play with Play-Doh while I paint. I do a lot of commission pieces and so I have to wait every day until he goes to bed to actually work on them. A lot of times I feel like I get behind or disconnect with my client.”

So far, it seems that despite a tumultuous adolescence and the challenges given to her for being a mother and professional artist, Megan is headed for a successful career as a visual artist. “A top accomplishment would be having my art in street galleries, galleries in New York, just everywhere that I could possibly think of wanting to go because I want to travel a lot and I think it would be cool if this was my reason for travelling,” she says. “I’m starting with galleries here and hoping to expand and expand.”