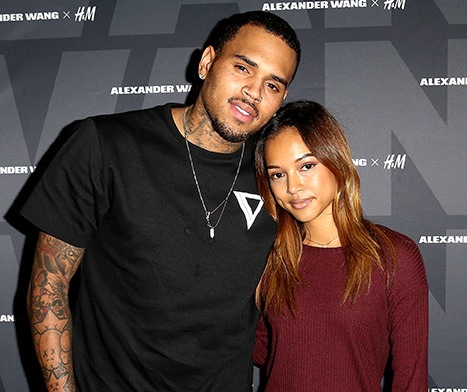 Ah, to be young, dumb and “in love”. Such a heavenly bliss, right? …Nah. Just as soon as the break up was announced, the apologies start rolling in. What was Chris Brown & Karrueche’s Friday break up, is now their Sunday make up and we’re all here for it.

After putting long term on-and-off again girlfriend, Karrueche Tran, on blast for allegedly cheating on him with Drake while he was locked up, Chris Brown has taken a light skin n—a turn and apologized last night on Instagram for the queenly outburst by posting:

“Being young and dumb is one of my strong suits and emotional at best. I love hard and react impulsively when I’m hurt at times. I don’t think social media is a place to air out or hash out personal problems and a ni**a feel hella WACK for doing it. So I AM APOLOGIZING I live in a glass house and the same shit that makes me great also is my curse. Everybody know I love that girl. I don’t care how my image my look to the public because I’m still gonna be the best at what I do. I just want baby girl to know I apologize!”

Now Tran has already openly admitted that she hasn’t been “so smart” in the past, she said she’s “made a promise to be a better and stronger woman.” She also added, “If you can’t love me the right way, then don’t love me at all. Don’t be mad at me because I prefer to be happy.” However, that was a whole 2 days ago so who knows what new promises are circulating in their dysfunctional, yet entertaining, relationship. Now me, personally, I’m willing to bet my paycheck that this isn’t the end of ChrisKae and I’m sure that they’ll be frolicking through the love gardens again soon on a timeline near you. Stay tuned.