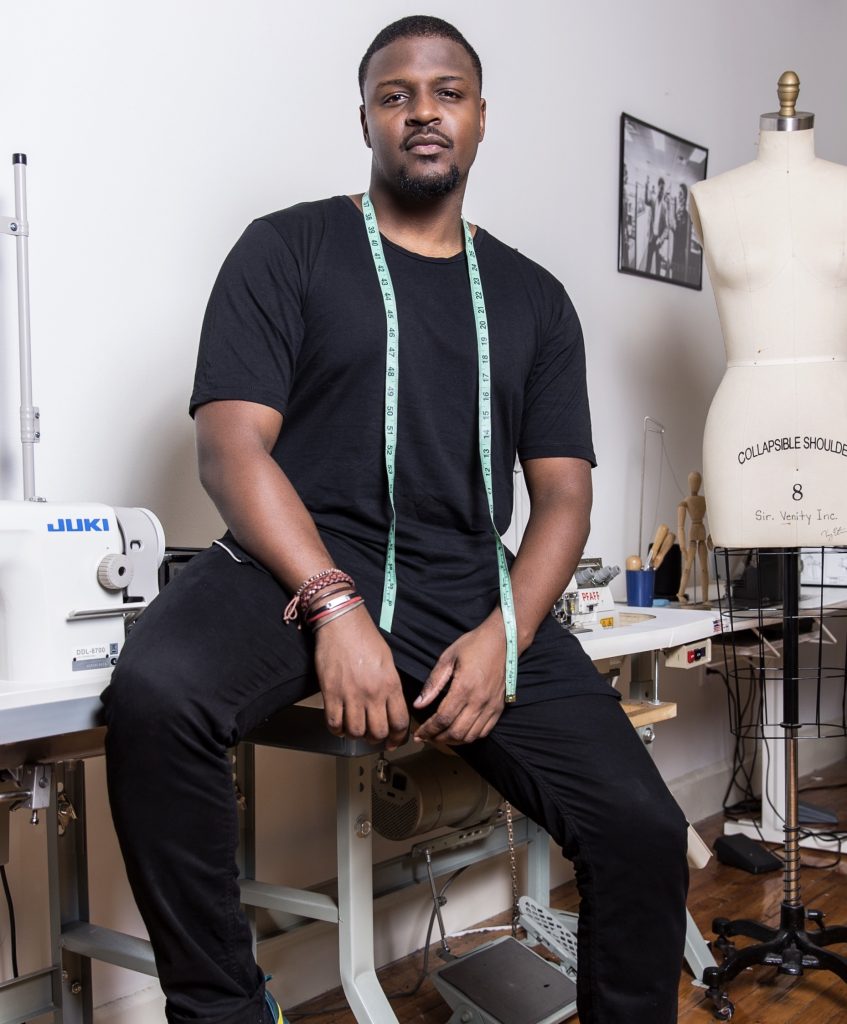 “I don’t think I would be here if it wasn’t for the people who I have in my corner, letting me know that I can get this done,” says Venny Etienne, a Haitian-American designer and the founder of LEVENITY. LEVENITY is an advanced-contemporary women’s ready-to-wear sportswear brand that features jackets, coats, dresses, tops, skirts, and trousers, made only with the finest of materials. Born and raised in Brooklyn, New York to Haitian parents, who most like other Caribbean parents wanted their son to be a doctor or lawyer, Venny had other plans that surfaced, by the grace of God. “I believe my turning point that made me take this route in the fashion industry was when my local church asked me to help style at a fashion show. I decided to deconstruct blazers and have the models go down the runway. The feedback I received that night really made me feel that I can pursue this. Shortly after that time I withdrew from my classes in school, where I was majoring in investment banking, and enrolled in the Fashion Institute of Technology. It was history from there.”

In 2011, Venny left New York and moved to Dallas to attend Wade College. Leaving everything he knew behind in New York, the fashion mecca, and moving to Dallas, was one of Venny’s many leap of faith moments. “I didn’t have a job waiting for me here and I left a job that I was with for six years and that paid well. On top of that I only knew one person when I moved here,” he says. “So it was really a huge decision when I decided to leave New York, but I had to do it, I needed a change.” A change that would help elevate the LEVENITY brand, all by hard work and networking. “I was so grateful to connect with the people like Willie Johnson, Nathan Paul, and Theresa Simmons, just to name a few. They allowed me to participate in some of Dallas’ best fashion events, which gained LEVENITY some local recognition.”

Since moving to Dallas Venny has accomplished quite a bit. He was 2015 National RAW Artist Fashion Designer of the Year, which helped fund his showcase of his spring 2016 collection at Style Fashion Week LA. “I would have to say winning the FGI Paris American Academy Couture Award while I was obtaining my bachelor’s degree is my greatest accomplishment to date,” he says. “It allowed me to study fashion in Paris with an all-expense paid scholarship. The reason why it’s so special to me because I tried for three years and never gave up. It made me feel that I can do anything if I put my mind to it.”

Even with all of the achievements, awards, and accolades, Venny is humble enough to admit some of his work-life struggles, like maintaining LEVENITY while working a full-time job. At this point, he considers his corporate job his side gig as fashion takes up more than 40 hours per week of his time. He also stresses the importance of finding one’s aesthetic in fashion. “Fine-tuning and carving out my aesthetic has not been an easy road. I have to be honest, I’m learning something new about the customer I design for each day. What helps the process is talking to amazing mentors who have a wealth of knowledge, who can guide and point you in the right direction.” 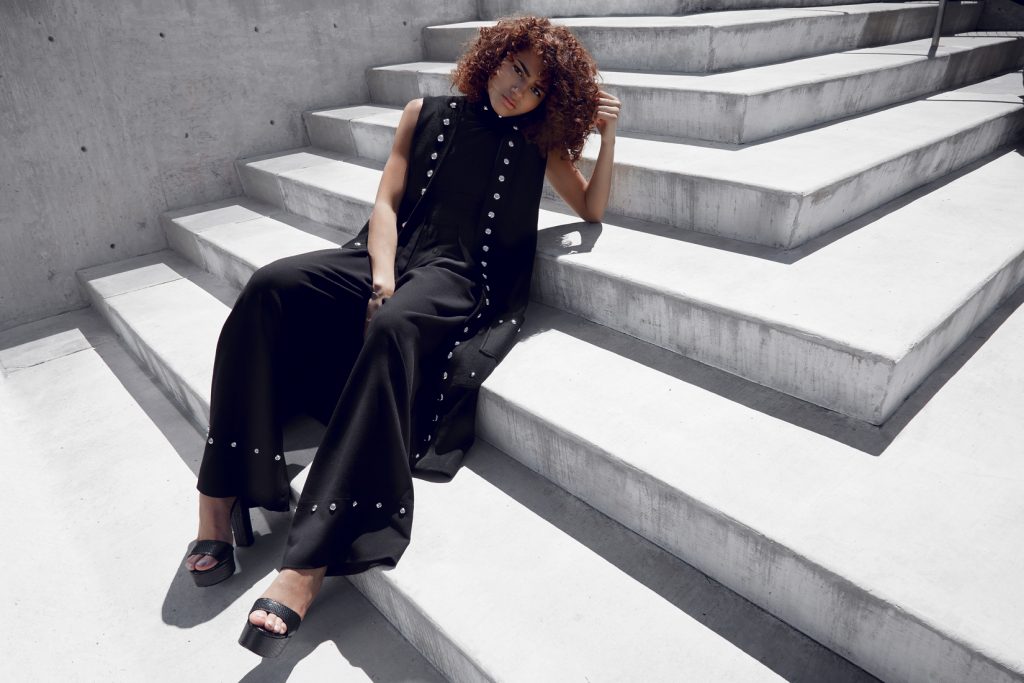 Mentorships play a huge factor in success according to entrepreneurs like Gary Vaynerchuk and Charlamagne Tha God. It just so happens that Venny has the guidance and respect of two major players in the fashion industry, who help guide his career. Venny credits most of his creative ability and design expertise to Milan-based designer and pattern maker Shingo Sato who has taken Venny under his wing. Venny #COSIGN’s celebrity stylist J.Bolin who’s styled former Destiny’s Child member Michelle Williams in LEVENITY numerous times. “Stylists are key. They have great relationships with celebrities and if you can get them to buy into your designs and concepts, you got it from there because celebrities wear what the stylists stand behind,” he says.

Aside from seeing his designs worn by both celebrity and non-celebrity women all over the world, within the next five years Venny plans to have LEVENITY in major luxury boutiques around the United States, as well as entering the global market. “I believe our attention to detail and the quality of our work stands out. I love structured pieces, pieces that exude strength and that it easily identifiable throughout my collections.”

Venny wants his legacy to surpass him and for people to know that he truly followed his passion and vowed to appreciate women through every design he created. “I want to be remembered as being fearless yet kind, serious yet loved to laugh and most of all dedicated to what I love, which is and will always be to make woman feel powerful and strong because they are.”