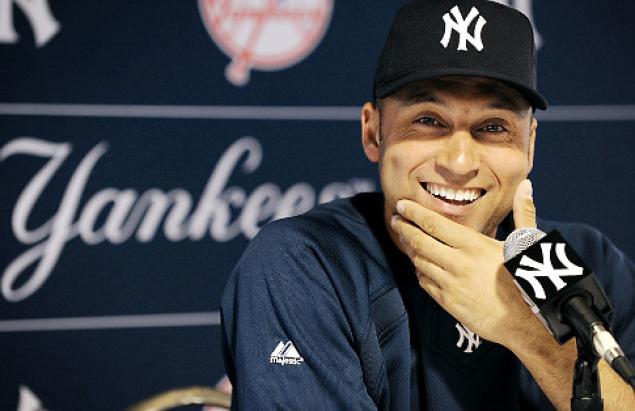 What is life after baseball going to be like for Derek Jeter? We have that answer today…. more baseball. Derek Jeter is launching an online sports media platform called, “The Players’ Tribune” which is basically by the athletes for the athletes to connect with their fans. This could be major if you’re a sports fannatic and want to know what’s really going on with your favorite athlete. Below is a message that serves as an introduction into the world of The Players’ Tribune read it to get a better understanding of what to expect.

Once announcing my decision to retire, the past eight months have been a whirlwind. It’s been overwhelming to go through something so familiar but have it feel so strange, yet moving and humbling.

I didn’t want to treat this season any differently from my other 19, but I realized early on that was going to be impossible. The constants I’ve come to expect—the desire to win, the hard work, the team camaraderie, the travel, the ups and downs—were all still there, but it would be wrong to say that this was just another year.

In some ways the major change this year was that it felt like I played a majority of home games. As always, the New York fans were amazing; their response was overwhelming, but not surprising. Yankees fans have been great to me. It’s the reception outside of New York that really was the biggest difference this year. I’ll never forget how the baseball fans across the country have treated me. Ballparks I used to view as enemy territory were transformed with cheers, handshakes and hat tips. If I thought baseball was part of my family before this season, I know now that it’s truly the case. And I am grateful for that.

I realize I’ve been guarded. I learned early on in New York, the toughest media environment in sports, that just because a reporter asks you a question doesn’t mean you have to answer. I attribute much of my success in New York to my ability to understand and avoid unnecessary distractions.

I am working with other athletes, with editors and with producers to create a platform that gives us a chance to say what’s on our minds. It’s called The Players’ Tribune. Over the next few months, we’ll be introducing a strong core of athlete editors and contributors who will shape the site into an online community filled with first-person stories and behind-the-scenes content.

My goal is for the site to ultimately transform how athletes and newsmakers share information, bringing fans closer than ever to the games they love.