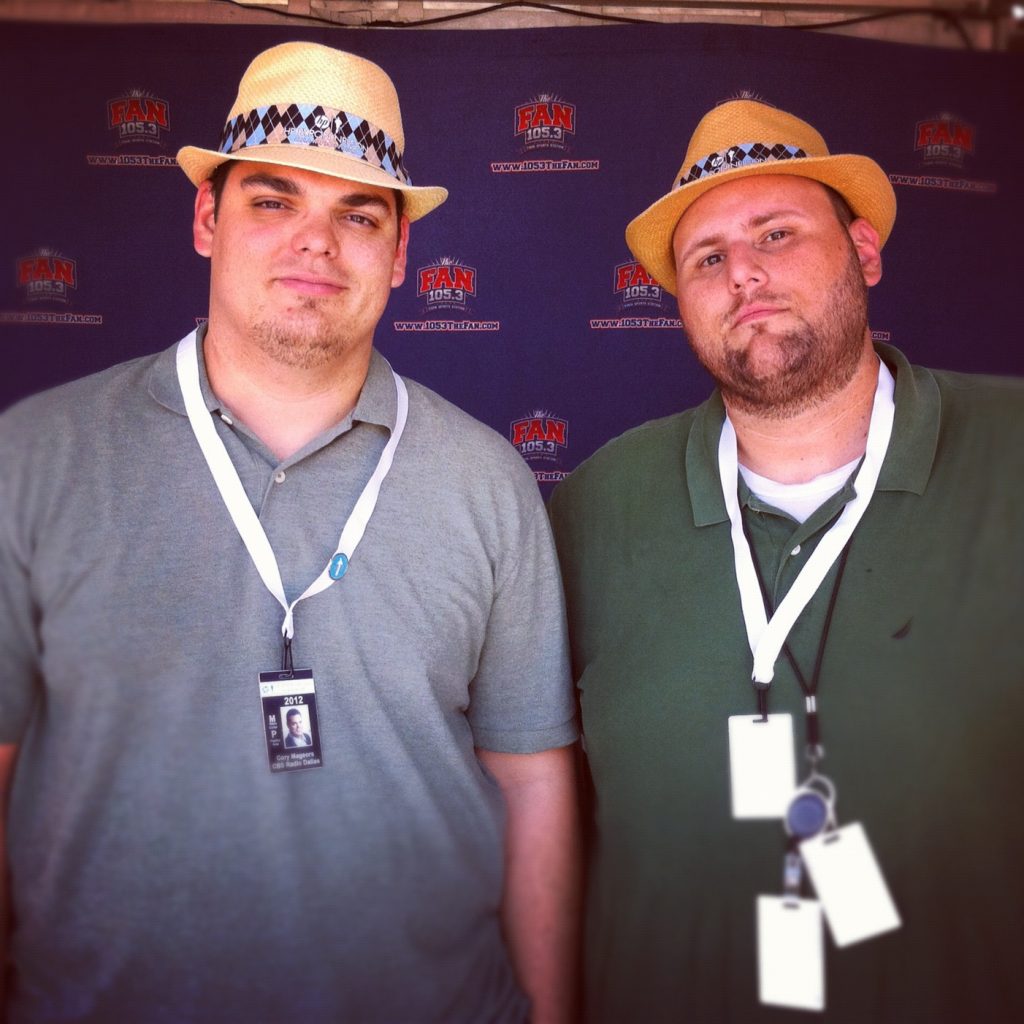 The DFW Sports Radio scene was once a place full of gumpy old men,
national know-it-all’s, and unimaginative know-nothing’s. The landscape
that was built by Randy Galloway and 1310 the Ticket was no fun to
listen to and it was tine for a change. Now 105.3fm The Fan takes sports
to the fans and offers next level analysis on every show. Cosign Sports
would like to introduce you to a few memebers of the line; starting with
Cory and Kevin of The K and C Masterpiece (10-2pm sat and sun). They
talk sports like a couple of buddies at a bar… that happen to know A
LOT about sports. #COSIGN