MEET 105.3 THE FAN: RJ CHOPPY OF NEW SCHOOL IN THE MORNING 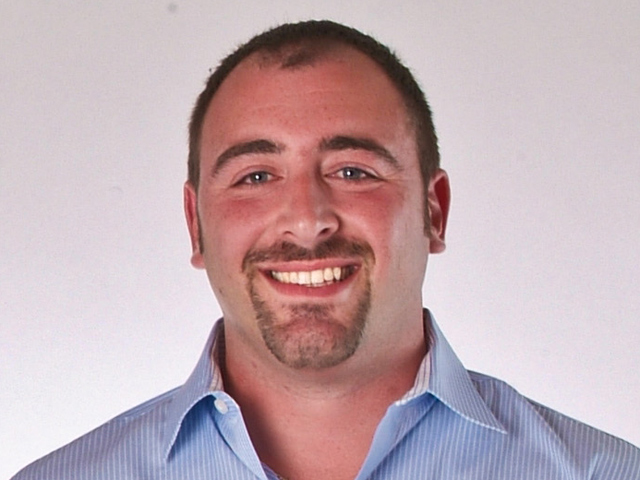 RJ Choppy is a ledgend in his own mind, but for a good reason. He has worked with Hall Of Fame talent in both sports and radio (Yes Greggo belongs in the HOF), and has held his own every time. He now is half of the New School (5:30am – 10:00am) with Shan Shariff in 105.3 the Fan, a morning show that dosent do what it’s told. Now RJ takes a little time to tell us what it’s like to be as awsome as he thinks he is.

You have worked with great guys like Michael Irvin, Gregg Williams, and now Shan Shariff, all of whom are drastically different from the other. Who was your  favorite, or was it so different with each that it’s not fair to compare?

Gosh, I’m not sure I could compare any of these guy to one another. Shan is the hardest worker I’ve ever been around. I still don’t know when he sleeps, but I assume its somewhere between 1-4am. Greggo is the strangest, most confusing individual there is. I absolutely love this man, in a totally cool man-love sort of way. He “discovered” me, so if you hate me (which you probably do), blame him. Michael had more charisma and charm than anyone. His laugh is infectious, his smile can make his biggest foe melt, and the stories? Wow. I’m sworn to secrecy, but lets just say if we were on a Cross-Country flight I’d have enough material for both legs of the trip. So, easy way out, I couldn’t do it justice to give a favorite.

You’re a Yankee and a Jet; which means that you should suck, but you don’t. Is it easier for you and Shan to be unbiased because your not fans of the home teams?

Well, thanks! We like to think its better, but some people like homers, and for that we apologize. Or maybe we don’t, I don’t know! I never liked homer radio. I think it insults the intelligent listener who knows when his/her team is good, bad, in the middle, and wants the truth, not some local meatball media guy blowing smoke up their butt. I grew up at the midway point of NYC and Philly, so
there were 3 teams in every sport to root for, so it was a little different from the standpoint that everyone likes a different team. Good luck trying to find a Radio Host who likes all the teams you do. Wasn’t possible. Even the Mayor hated one of the local teams. Imagine that? Short answer, its just the norm for me to not be a homer. I think its the easy way to endear yourself to the listener, but its a very shallow love. IMO.

Now, I have a love/hate with my teams anyway. I don’t like a player just because he’s on my team. I could run down a list of guys who play for the teams that I root for that I absolutely can’t stand and hope they fail so the team can get rid of them. For example, I can’t stand A-Rod, he’s phony. Teixeira is such a dumb hitter, they give him the entire left side of the infield, yet he keeps trying to go through the shift. Cano I think sometimes gets lazy, and don’t get me started on the Jets.

After watching the Mavericks very closely during the decade, and the fact that the Cowboys were terrible the last part of the 90’s; who built the best ten year run Cuban or Jerry? (Mavs 2001-2011, Cowboys 1990-1999)

Romo had the lung, Ware has his neck, and Witten now has the spleen. Is it stated enough about how the “core” of the team has fought and bled for The Cowboys, or will they never get credit until they get a championship?

Romo is the guy who’ll never get enough credit if he don’t at least make a decent run into the postseason. I mean, does Donovan McNabb get enough credit for what he did with the Eagles? Four straight NFC Title games and I don’t think he gets near enough love from the fans up there. Witten and Ware are sure fire HOF’ers, Romo is the one who won’t sniff Canton without a SB appearance. I don’t
care what his numbers are, its the nature of the NFL. I hate that it is that way, because you can’t ever tell me that Dan Marino isn’t just as good as Joe Montana, or better. I always say this, flip the QB’s. Would Montana have the same # of rings in Miami? Would Dan be shut out? Not likely. So how is that Marino’s fault? If Romo had Eli’s defense, or not Wade Phillips, I bet he has a title.

The term “camp body” have been thrown around more for Cowboys Camp this year than I have ever heard it. Can these offensive and defensive systems plug and place in the regular season?

Not if they want to win. They aren’t as thin on the DL as many think, or at LB, but they can’t afford any injuries to the OL, RB, WR, S, etc. The teams who win in todays NFL are the teams who are the healthiest, end of story. Packers 2 years ago got healthy late, and went on a run. Giants last year, and even the Colts in ’06. They needed a healthy Bob Sanders or they weren’t going to win; and they had an all-timer at QB. Can’t plug and place for a full year. Parts of the season, sure, but not for the long haul

The regular season in baseball is the hardest grind in sports. The Rangers have stayed on top of the AL West mainly because The Angels stink, are we on the way to big reality check in the playoffs?

I don’t think a reality check, but I don’t know if its a World Series title, either. The AL is so open this year. Rangers have no starters who can match up with the other teams Ace’s, and that will put tremendous pressure on an offense that continues to feel the need to put Michael Young in the lineup. The Yankees have a ton of injuries, but their pitching is really good when healthy. They’re just not built offensively for ther playoffs, because they are HR or nothing, and you sinply don’t hit HR’s off of frontline starters at a decent clip in October. Tampa has no offense. Baltimore has a manager who thinks he invented the game, which will get him in trouble in the playoffs. Chicago is the team that scares me. Sale is a beast of a starter, Dunn is having a monster year, Rios, Youk, and Wise has been a great pickup. I think they wind up coming out of  the AL.

So, reality check? No. A title? Not sure. But, then again, they should have won the last 2, so maybe this will work out this year.

What do you #Cosign in life (non sports)

I like to call myself a well-rounded idiot. I know a little about a lot of things, but if you try to engage me in a conversation about anything outside of sports, I have maybe 5 minutes before I’m outed. But, to answer the question, I’m a huge reality TV guy. My wife Jana and I watch the real Housewives, Jersey Shore, and the only TV show that isn’t on HBO or Showtime that i watch is Modern
Family. I love to travel, but I have 1 requirement, it better have a casino nearby. I’m a big gambler, both table games and at the Sportsbook, so I need my fix. I still don’t know why it isn’t legalized here. I guess the decision makers, in their infinite wisdom, like the idea of that money going to Louisiana and Oklahoma. But most of all, and this is a boring answer, I just love spending time with my son. He’s a mini-me, and its been so awesome to see him these first 3 years of his life. We have another on the way, so its gonna be a big change for us, but I’m really just a boring old family guy. Now, the pre-marriage RJ? Beer me.

I can’t argue with that this year. Thanks for asking me to do this! I enjoyed
it!