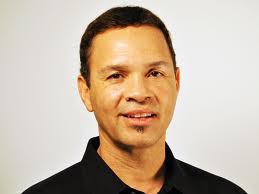 Growing up I got ready to go to school listening to one station, K104.5 with Skipp Murphy and Co. One voice seemed to stick out above the rest, mainly because it was just so smooth. That voice was Chris Arnold who also lends his voice to the Dallas Mavericks, as the in game MC of the American Airlines Center, and now 105.3 The Fan. He and his partner Gavin Dawson take analysis to the Next Level on The G-Bag Nation, and he took a moment to bring some of that to Cosign Sports.

You were doing your own show on weekend mornings not too long ago, but now your apart of a team like you were with @ K104. Which style do you prefer, or are you a go with the flow guy?

The K104 team was legendary. I enjoy doing both. Ensemble & solo radio. I think the G-bag nation is about to be huge. Gavin, Jeff, Alex & I have the right combination of chemistry, knowledge, and wit to be around strong for a long time. We enjoy each other, it’s fun.

You were very vocal in your belief that Deron Williams was going to be a Dallas Maverick, and now he is a Brooklyn Net. Are you satisfied that Mark Cuban had everything under control, and this Plan B is not just a Patch-Work Plan like last year?
D-Will was headed toDallas for years. It was damn near a lock. Dwight Howard signing his 1yr extension did more damage. Cuban & Donnie had a great plan that D-Will didn’t understand. Cap space. D-Will saw the nets trade for Joe Johnson & thought there was a greater commitment to win now not later. It shocked the whole organization. D-Will will realize his mistake sooner than later. the “Real Plan B” is genius. You’ll see it unfold before next summer.
The Texas Rangers are not the young team they once were with 6 of the 9 regulars 30yrs old or older. That mixed with the free agency of Napoli and Hamilton leads to ask if you think they have “peaked” in terms of success?
The Rangers are flush with farm system talent. Profar & Olt are stars to be.Hamiltonwill get big money somewhere, but the rangers will still contend. Napolimay have been a one year wonder.
There is a hierarchy in Metroplex sports that has always been Cowboys #1, Jerry Jones #1B and then everything else. Do you think it’s possible for the Mavericks and Rangers to bump the Cowboys out of the top spot, if the Boys continue on the downward trend while the others are going to and winning titles?
As long as the NFL is the most popular sport inAmerica, America’s team will still get the most attention in football crazy Texas. Period. All other sports will forever be #2.
Catch Chris Arnold from 7-12 in 105.3 The Fan on The G-Bag Nation w/Gavin Dawson
Follow us on twitter: @mrchrisarnold @CosignMag @CosignSports @ChrisCoug242