La Musica: LION BABE TO JOIN THE ROOTS FOR A MULTI-STOP TOUR | @LionBabe 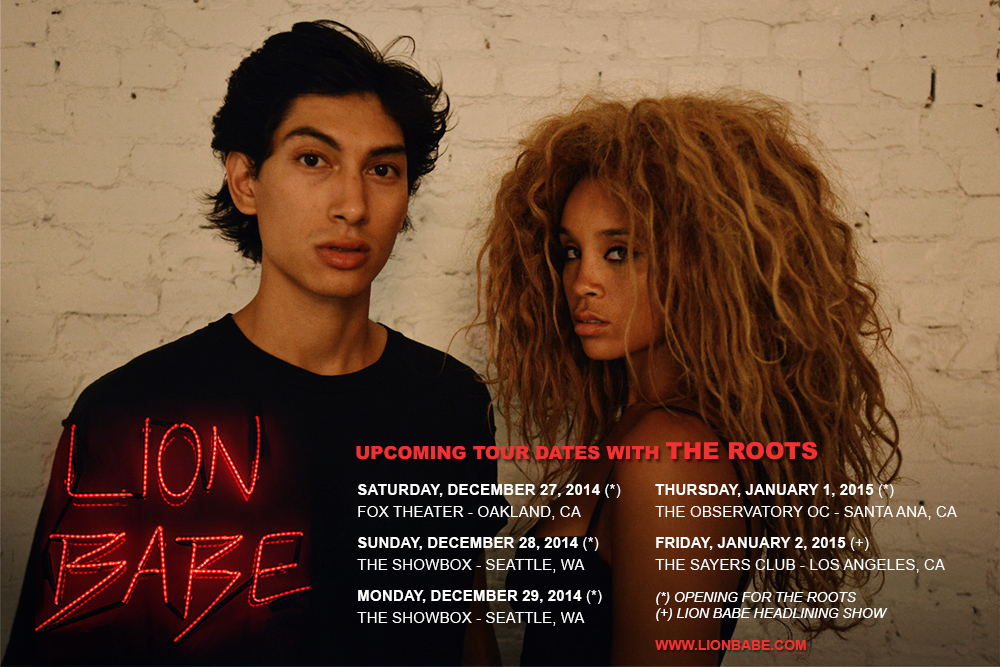 New York duo LION BABE is preparing to hit the road for a five stop tour of the United States west coast, opening for The Roots on four of the five stops, starting December 27 at Oakland, CA’s Fox Theater, and running through January 2 at Los Angeles, CA’s The Sayers Club, with stops in Seattle, WA (The Showbox Dec. 28 and 29) and Santa Ana, CA (Jan. 1).

The tour is launching in support of their recently released self-titled LION BABE EP, released on December 15 via Outsiders / Interscope. Tracks including “Jump Hi” and “Jungle Lady” have already garnered the young duo some serious interest from music fans and their undeniable style and flair have caught the attention of publications such as T Magazine, which announced the LION BABE EP release.

*The Slayers Club is not in support of The Roots, Lion Babe exclusive performance

@JUSTUS Shares 3 Tips On How To Become a Better Songwriter