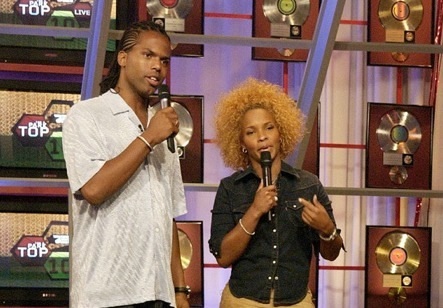 This past November, BET announced they would be ending their daily, music video show, 106 & Park and will continue it on a digital format on their website. The announcement brought mixed emotions upon viewers, some felt as if it was long over due and others felt pure shock to hear it would be the end of the 14 year running show.

But for those of us (yes, me included) that came up on 106 know that the show hasn’t been the same since the departure of the original hosts (because Lord knows there’s been hella hosts overtime), Free and AJ Calloway. The 2 hosts started with the show in 2000 and left us all in dismay in 2005 and in my personal opinion, the show was never the same. BUT 90’s babies gather and rejoice because AJ & FREE ARE BACK!

Yes, you read that right; they’re coming out of the shadows and sending us off with the show’s finale. Ms. Free made the announcement on her Instagram about her and co-host, AJ joining forces again: 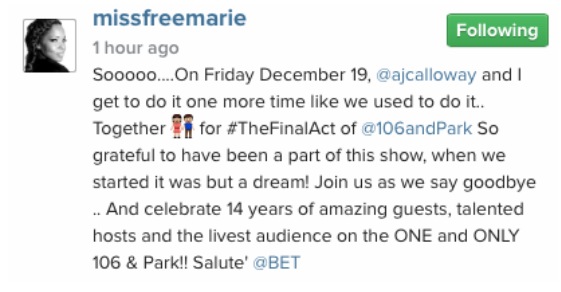 AJ also shared his excitement with us as well as he reminisced saying that:

“this is the end of an amazing journey that started in a small studio called Metropolis on the corner of 106th St. And Park Ave in Spanish Harlem on Sept 11, 2000 and it impacted so many around the world. We love and thank all of the fans over the years, tune in Friday for our final bow together. Together one last time like Voltron word is bond! #OG106Crew”

I’ll be watching Free & AJ do it one last time, gotta tune in like I’m in middle school again.