Top 10 Most Anticipated Concerts For Summer ’16

It’s that time of year again – break out the aviator shades, cut-off shorts and graphic tanks, it’s summer music festival season! No worries though, COSIGN Magazine has you covered. Find out which pop star has a floating catwalk in their show, which rap duo has the hottest show this summer and which festivals you’ll have to fly out to believe! Here’s our list of the most anticipated concerts for Summer ‘16.

This showcase may be more so in the spring but it’s such a fire line up, we had to include it as an honorable mention. Future is taking the headliner spot this year, with Kehlani, Rae Sremmurd, Kevin Gates and Post Malone rounding out the line-up. Hosted by ScoreMore, this show would be your first step to a lit summer.

The pop chanteuse will be finishing up her tour right before summer gets here. Performing all of her biggest hits and new jams from her latest, ‘Anti’ album. Vanity Fair defined the tour’s aesthetic as “monochromatic leisure-wear clothing, definitely evoked Kanye West’s Yeezy Season collections.” @BadGalRiRi is set to perform in Dallas on May 13th, in Austin on May 14th and in Houston on May 15th. If you’re looking to party with the Roc Nation princess, you better get on it. Most of the North American dates are sold out or past!

This two-day music fest is for the grown and sexy. Erykah Badu & Jill Scott will headline this celebration of soul music along with Janelle Monae, Daley, Leela James, The Roots and Kindred The Family Soul. This experience takes place August 6-7, 2016. Incense, essential oil and good vibes sold separately.

Usher’s protege was able to push through all the criticism and bad press to deliver a number one album; selling 1.6 million copies of his EP, ‘Purpose’. The mega hit ‘Sorry’, played on every radio station, was reposted on almost every teenage girl’s tumblr page and had over 1.3 billion views on Youtube. One of Pop music’s most anticipated summer tours is complete with indoor rain, a transparent cage and of course, a trampoline. The North American leg wraps up on July 19th at Madison Square Garden. Are you a Belieber now?

The “Most Trusted Voice in Music”, Pitchfork Media, is organizing a music festival in the Chi. This three-day festival will showcase artists and bands from alternative rock, electronic, hip-hop and electronica. The lineup includes artists:  BJ The Chicago Kid, FKA Twigs, Carly Rae Jepson, Blood Orange, Jeremih, Thundercat, Miguel, Shamir, Moses Sumney and Neon Indian. Sounds like the wave is coming to the Windy City, sign us up!

Brought to you by the same folks from the Shaky Knees Music Fest; this show will feature electronic, indie and hip hop artists alike. The first annual ‘Shaky Beats Music Fest’ has an impressive lineup that includes: Major Lazer, Odesza, Nas, A$ap Ferg, AlunaGeorge, Tory Lanez & Treasure Fingers. A special segment from the DJ collective, Soulection, will take place at the fest as well. Although it’s the first of its’ kind, you won’t want to miss this one! Mark your calendars for May 20-22th for this musical pilgrimage to Atlanta.

Major Lazer, FKA Twigs and Kendrick Lamar, are just a few names on the Panorama 2016 lineup. Brought to you by GoldenVoice, the same company behind Coachella, this show will also display technology inspired art installations. Salivating yet? No? Well, maybe one of the other 60 acts performing at this 3-day fest will satisfy your palate. Some of the acts that we’re excited to see are: Blood Orange, SIA, Asap Rocky, DJ Khaled, Flatbush Zombies, Schoolboy Q, SZA, AlunaGeorge, & Tokimonsta. Coachella Lite anyone?

Playing stadium shows across the world and collecting edges in addition to everyone’s coins, all while being a devoted mother and wife, is all in a day’s work for Lord Beyus. All faithful subjects better fall in formation in a timely manner because tickets are selling fast, only a few more U.S. dates are still available. Both the Houston and Dallas dates are SOLD OUT. Beyonce is the first woman to have 12 songs on the Hot 100 List at one time with, ‘Lemonade’. It’s also the songstress’ 6th no. 1 album with 653,000 equivalent album units within the first week. Wonder if Becky’s going *sips lemonade*…

By definition, being the most anticipated concert would also mean a sold out show; All North American Dates for ‘Adele Live’ are sold out. Adele’s album,‘25’, sold 3.4 million albums in its’ first week. This british songbird had everyone singing ‘Hello’ when picking up the phone. During a surprise show back in February, the masses flocked to her show to including star guests: Jennifer Lawrence, Orlando Bloom, Katy Perry and John Mayer. We just have one question: Is this concert considered romantic or nah?

Drake is on top of the world with ‘Views’ selling an estimated 630,000 units on the first day. Aubrey’s fourth studio album is without a doubt Summer ‘16’s soundtrack. Every U.S. tour date is already sold out. This will be the third time Drizzy and Future come together for a tour – cue the flashbacks from the “Jungle” and “What Would You Like” tours. This one is easily the most anticipated/hottest concert this summer. 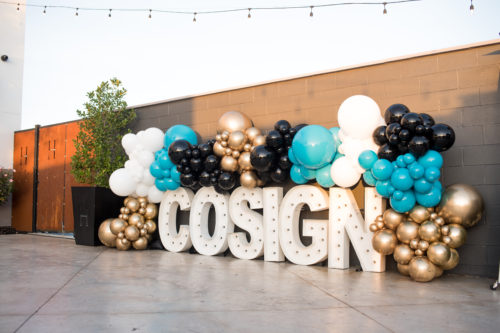