Houston’s Very Own Megan Thee Stallion, Swangs Thru & Chops It Up 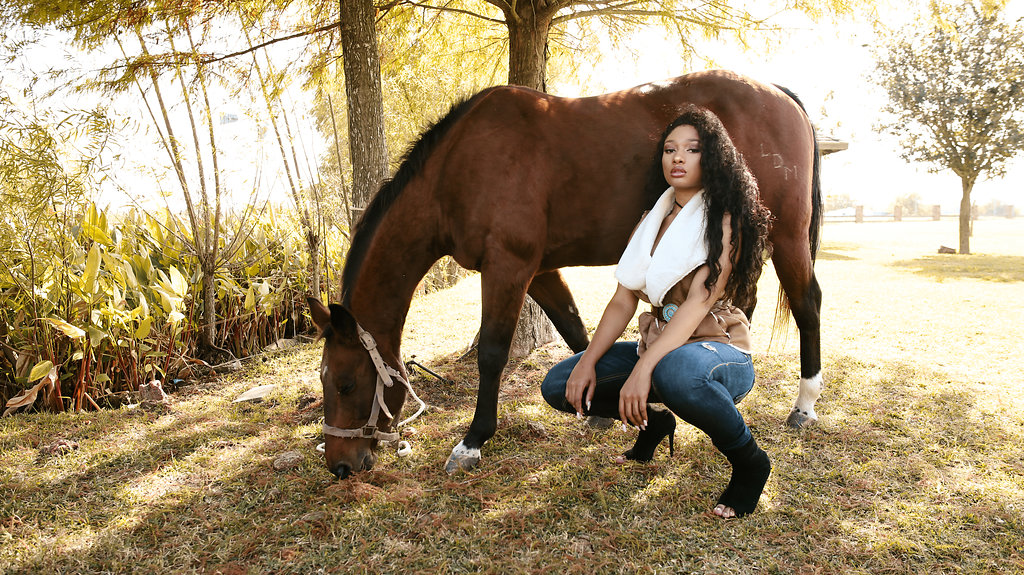 A quick glance at Houston native and self-proclaimed “H-Town Hottie,” Thee Stallion’s instagram and you might make the mistake of assuming she’s just another beat-faced, snatched waist, insta-honey but we all know what they say about assumptions… Once that quick glance transforms into an insta-stalk, it’s soon evident that her most captivating asset lies beyond her image.

Thee Stallion or Hot Girl Meg (whichever rolls off your tongue better) has blazed through the digital playgrounds that are social media and the internet with hard-hitting flows, provocative lyrics and undeniable sex appeal. Although her run as an artist may not be extensive, she’s scorched everything she’s touched since making her debut in 2014.

With one EP, one mixtape, numerous cyphers and various singles under her belt, Megan has accumulated a following in the range of over 200k, received acknowledgements from notable names like Missy Elliot and mega-stylist, FUCCI, and was recently selected to attend the Top 25 Influential People in Houston Dinner, presented by Bad Boy Ent.

You can jump to the close-minded conclusion that these accolades are the rewards of her pretty face but a visit to her SoundCloud or a viewing of her latest viral video, Stalli (Freestyle) on YouTube, and it’s impossible deny her capabilities as a rapper.

Not only was I able to make it out to Houston with my all-star, all-girl creative team (shameless plug to photographer, Jessica Williams and stylist, Brianna Shae based in Dallas) shooting Thee Stallion in her natural, Southern habitat, but I was also able to pick her brain about the current climate of hip-hop and her role among a growing number of female acts, when she got her official start and where she’s headed.

Get ya saddles ready.

Bry: For those who aren’t from Houston and aren’t hip, how would describe a “Stallion,” and what made you run with that as your alias?
Meg: I mean, a Stallion, is a girl that has bodyyyy – the hips, the butt, just stacked from top to bottom. I’ve had this body forever and I do mean forever, since I was youngerI’ve always gotten looked at by older men and guys at school; that was the go-to nickname I got in passing. Once I decided to start rapping, being from Houston, it just made sense to stamp myself, “Thee Stallion.”

Bry: Around what time frame would you declare you started rapping and did you intend to take off the way you have?
Meg: I started rapping in 2013-2014 when I went to college. I use to just freestyle around my friends for fun, after a few times of being recorded and hearing “Yeah, you need to do that for real” from others, that’s what I did. I started actually writing, putting rhymes on paper and recording, for real [laughs] 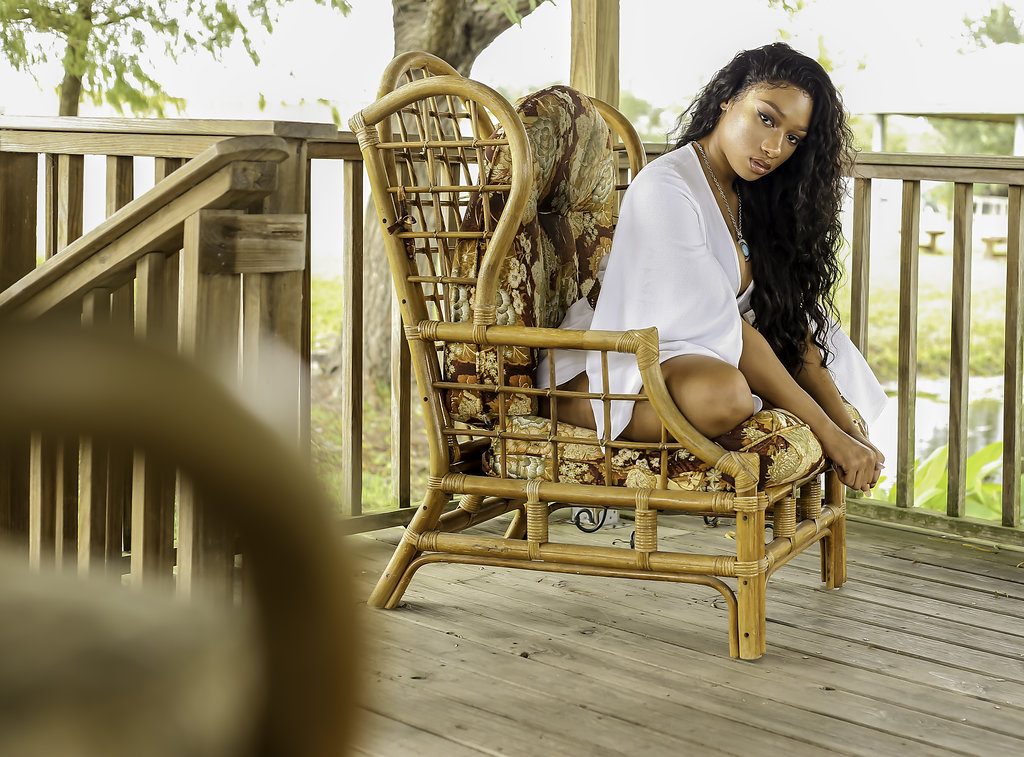 Bry: Who do you give credit as some of your influences in music?
Meg: Definitely Biggie and Pimp C – those 2 are my favorite rappers. I’d also have to say Three 6 Mafia and N.W.A.; they were all really raw and that’s what I like.

B: By the time you put out your 1st mixtape in 2016, Rich Ratchet, were you in mindset of “this is my official debut” or was is it still something like a hobby to you?
M: Honestly, it wasn’t even with the intention of “Oh yeah.. look at me…” It was just like, I can rap – so if I’m f**kin with this, then I know everybody else is gonna f**k with it too. This is live so y’all need to hear this. Listen to what I got to say because I can’t be the only one feeling like this.

B: When you’re writing and in your own creative process, do you intend for your listeners to walk away with a certain feeling or vibe?
M:I always want my supporters to walk away super confident and super strong. Just don’t let nobody tell you what you can and can’t do – especially girls. The guys I was listening to rapping were always talking about “I’m gonna do this to a B— and this to a H—,” so I’m just coming from the point of “we can do that too!”

B: Do you run into certain criticisms from outsiders, people you feel just don’t get it?
M: I feel like if it’s not love, then it ain’t got nothing to do with me. There are people out there that are just naturally haters, they can’t help it and I can’t do nothing about that. I see little things here and there on the internet but it’s nothing I’m worried about.

B: While we’re on the general topic of hate, how do you feel about the current conversation about the segregation within female hip-hop, in general?
M: I feel like female rap game is thriving. I think there’s a lot of girls on the come up right now and the drama is just unnecessary because there’s so much room for a lot of us to come out and do our own thing. There’s no need to look at it like competition because we’re all doing something different, in our own lanes.

B: What do you feel like the feedback has been since your latest release, the Make It Hot EP, dropped in October?
M: I feel like everybody has been super crunk about the release! People got to hear a lot of stuff from me that they had been waiting on and some new things. I want to say it was more of a classier version than Rich Ratchet. I’m really glad that people are vibing out to it because I added in some melodies and other things that I hadn’t been doing in my earlier music. But I know if they’re crunk off of Make It Hot that they’re gonna crazy over this next project I’m about to drop.

B: Oooh, do we get a little peak into the new project? Maybe a drop date or name of the project?
M: The project will be dropping in February but I don’t want to say too much and spoil it.

B: No, I understand, I don’t want to press. But I will say, I’m totally here for Thee Stallion’s Valentine’s Day Special.
M: See, and that’s the day before my birthday. I might need to gone head and do something with that and spread this Aquarius love.

B: I hear you refer to yourself as, of course: Thee Stallion, but also Hot Girl Meg and Tina Snow. Are those alter egos?
M: Yes. Well, Hot Girl Meg and Megan are the same person – that’s me. But Tina Snow, I don’t even know her sometimes. You know when you have that side of you that comes out when you’re lit – yea, that’s Tina; She’s a whole other being.

B: You touched on some of your major influences and everybody you mentioned is from a certain era in hip-hop. Are you a subscriber to the “generational gap debate” in hip-hop, the old heads vs. the newbies?
M: I feel like rap isn’t gonna stay the same forever, music is not gonna stay the same forever – NOTHING is gonna stay the same forever. You can’t expect people in 2017 to still be rapping the same way somebody would in 1999. But people are going to argue regardless, everybody has an opinion and the internet provides people with the feeling that their opinions are important. People like what they like and are going to defend what they like – music has and will always be controversial, that’s what it does: make people talk. Let the gap be the gap, it’s enough music to listen to a little bit of everything.

B: More specifically, how do you feel about the Houston music scene?
M: It’s a lot of Houston talent but everybody doesn’t know about it; I feel like the people who are on in Houston have been on and if you don’t make your own lane – nobody is just going to extend that love out to you, you have to make it impossible for them to deny you.

B: If you can narrow it down to a specific time, when do you feel like you hit that moment of “Ok, it’s game time – I’m Thee Stallion and I really don’t have to introduce myself anymore?”
M: After I put out a few singles and the first mixtape, I participated in a couple Houston cyphers and that’s when I took off. I think the cypher videos served as the visual for people. Once people saw me and could match a face to my words, that’s when more and more people started sharing, reposting and I started getting love outside of my city.

B: With the year coming to a close, what are some things that you’re wanting to knock out in 2018?
M: I’m definitely trying to get out to Dallas, considering it’s the closet to me, that should be an easy set-up. I also really want to get out to Cali, I’m really just trying to touch everywhere and get my shows up. I get so much love from different areas, I feel like now I’m just telling everybody “you right, I need to get out there,” but I really do. You can also expect some more visuals coming from me. I’m really just ready to take over. 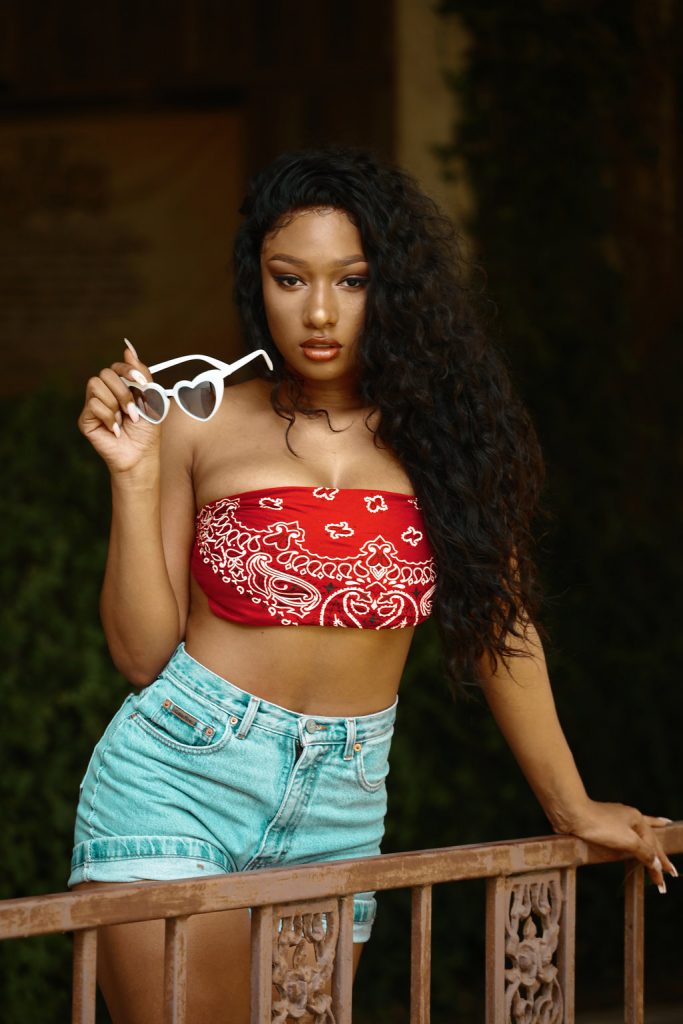