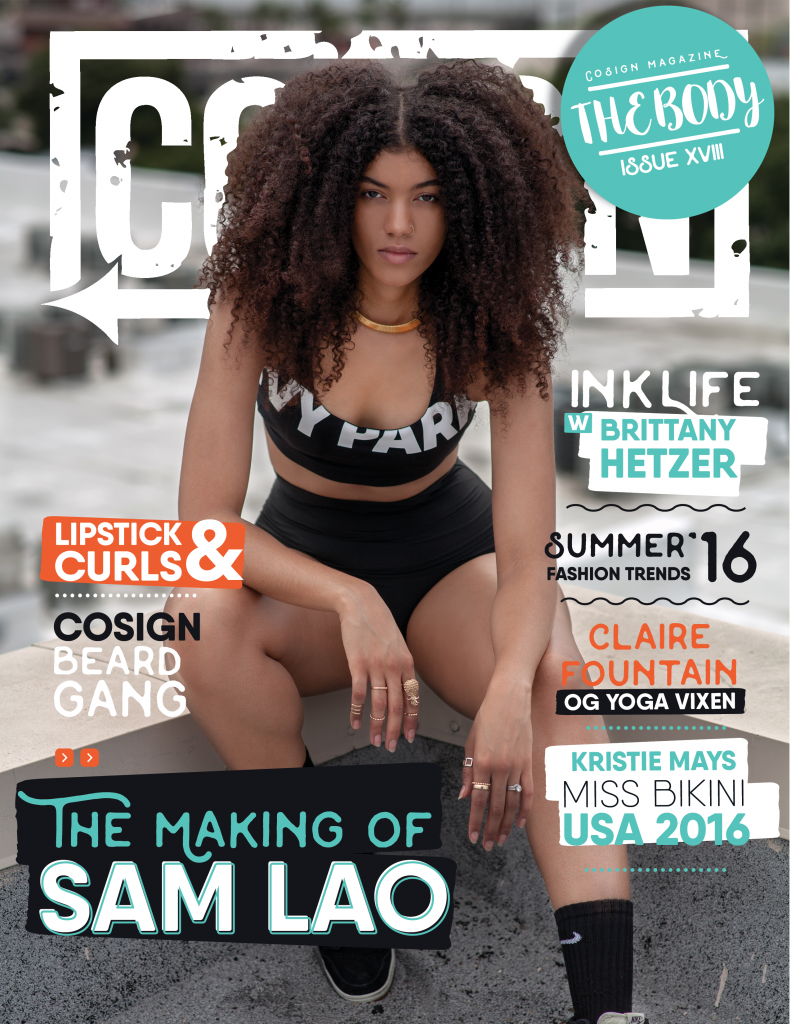 The Making of Sam Lao
Interview by: Ade Guobadia
Photos By: Draven | @dravensview

An artist at their turning point is a wonderful thing to observe. They’re typically absorbed by the release of their latest project or next big show, and as an outsider, you wonder if they can see that they’re in the middle of the calm before the storm that is career success. I had the pleasure of interviewing Sam Lao during this kind of eerie calm. Sporting an army green jacket and her trademark curls, she talks about the recording process for her latest project “SPCTRM,” the follow up to her 2013 debut. “It was kind of just recording songs as they came to me, as I found a beat that sort of resonated with me. That’s usually how I work,” says Lao. “I know pretty immediately if I’m going to use a beat just based off the emotion or mental space that it puts me in.”

Just a few days before we met, Lao single-handedly put together the release show for “SPCTRM.” The show, held at RBC in Deep Ellum featured a DJ set from Blue, The Misfit as well as a guest performance by 88 Killa. “The release show was the first show I’ve ever put on by myself. At this point I don’t have management, I have no label backing. So this was me reaching out to venues, reaching out to other performers. Thankfully, I happen to know some really incredible performers who were more than happy to support me that night. And then just making sure everything was taken care of; making sure the show went smoothly. I feel like I handled it really well, I feel like the show went off without a hitch. I think I did a damn good job.” 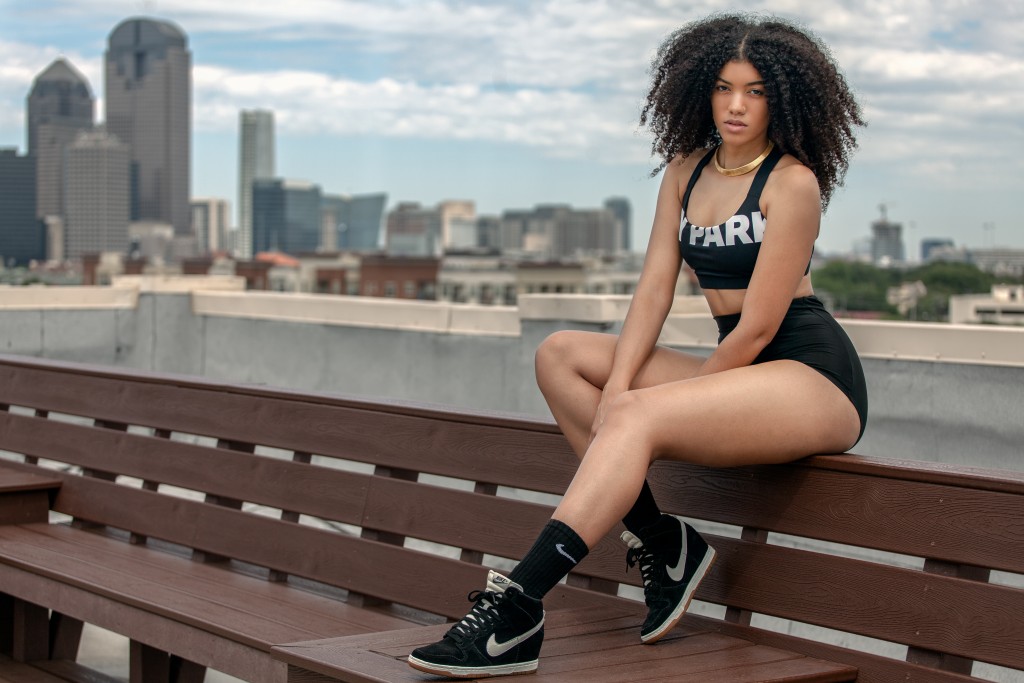 Despite being unsigned – no longer a rarity, especially now that the internet is doing much of the work label A&Rs used to do – and unmanaged (both strange and inadvisable for rising stars), she seems completely prepared as she heads for the next phase of her career. She speaks confidently about her social views, her future and her refusal to let the music industry turn her into something she’s not. Lao is a proud feminist despite social and industry forces that work to dissuade women from owning the title. “I feel like the reason they shy away from it is because the connotation of the word is still very negative,” she says. “I remember hearing the word when I was younger and it was always aligned with the bra burning, ‘We don’t need men,’ ‘Men are a useless, waste of space,’ brand of feminism. And I mean those feminists do exist, I’m not subscribed to that school of thought, but for most people that’s the only form of feminism that they know. Or they hear the word feminism and they think it’s only for women or they think it’s only something women can do. I mean feminism, as a whole, is equality for both sexes, so for someone to say they would not like to identify as a feminist or do not agree with feminist ideals, that’s just one big, ‘Fuck you,’ to everybody else. You’re pretty much saying ‘I don’t care if other people are treated fairly or equally.’ I think it’s really important to get rid of the stigma that’s around the word and really embrace caring for each other.” 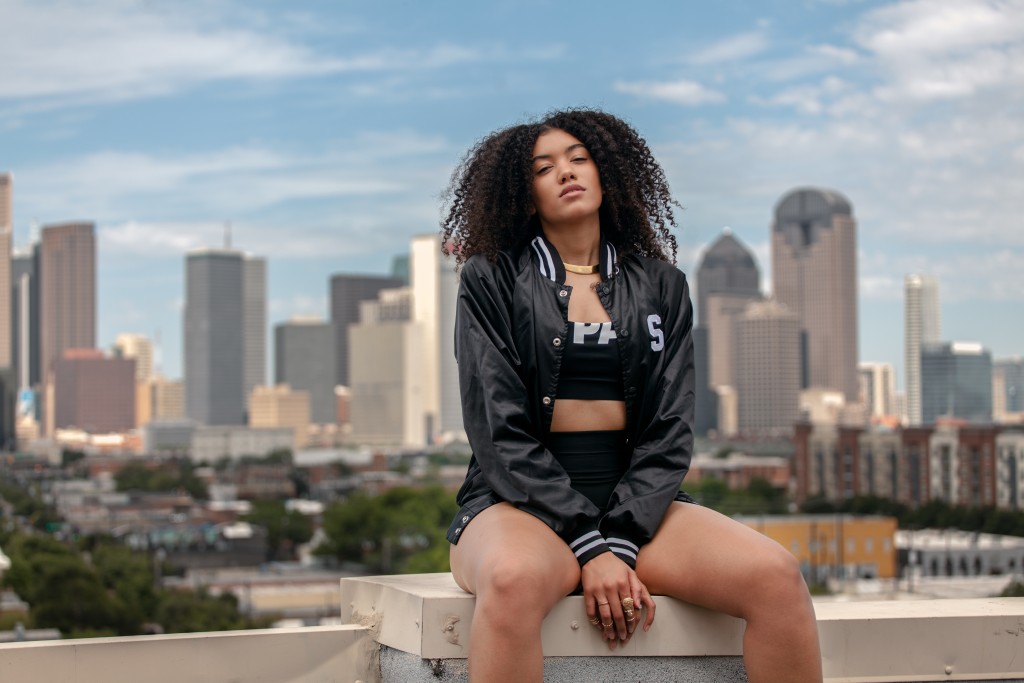 Listening to her speak with so much conviction, it’s hard to imagine a Sam that was anything less than 100% confident in herself. “For the longest time growing up I had big curly hair when it was still weird to have. People weren’t really sure what was going or if I had just been electrocuted or what,” she says. “I didn’t start getting comfortable with it and letting it grow as big as it gets until college. I was also pretty insecure about my height, ‘cause I knew I was tall. I didn’t really like to wear heels. I was one of those girls who had a height requirement for their guys; 6’2” is the shortest I would go, which is funny because my husband is like 5’10”.”

Now, as an adult who is totally confident in her looks Lao has no overt desire to make her appearance the most salient aspect of her career, a departure from the norm in an industry that relies heavily on sex appeal to sell albums. “I wouldn’t mind being a sex symbol,” she says. “But I do not strive to be a sex symbol. If I reached that higher level and people inevitably find me sexy, that’s one thing, but I do not have a desire to go the ‘sex sells’ route.”

Artist idealism is responsible for shifting mindsets and creating magnum opuses, it’s also usually marked by childlike naiveté. As for Sam Lao, she seems to be an idealist without any illusions. She’s cognizant of the struggles she faces for living at the intersection of artist and woman, and bored with the deceptive glamour that’s almost uniform for so many industry insiders. She notes that her experience in the industry is complicated by her race and gender. “I have to work twice as hard to get people to respect me and [I] still get the ‘Oh, you fucked your way to the top,’ when I get there. And then also as a black woman we deal with that immediate second guessing of our skill level and ability, regardless of our accolades.” She also talks passionately about “this rise of individuals who talk a big game. They’ve somehow crafted this resume that looks good on paper and they act as though they’re the shit or whatever but when you really start digging into it and looking at their work ethic and actual accomplishments, it falls extremely short. And yet somehow these are the people who are the loudest and most entitled, they feel they’re the most deserving. Meanwhile the rest of us are over here really working our asses off and still somehow get looked over at times just because were not as loud and boisterous with some inflated notion of self-importance.”

With the “SPCTRM” release behind her, Sam looks forward to the rest of what is sure to be a long and fruitful career. “I really just want to inspire other people. I know how I listen to music and I’ll hear a certain song or discover a new artist and for that moment in time that I’m listening to that song I can literally do anything and I’m driven to do anything,” she says. “I really hope my music affects other people like that and drives them.” 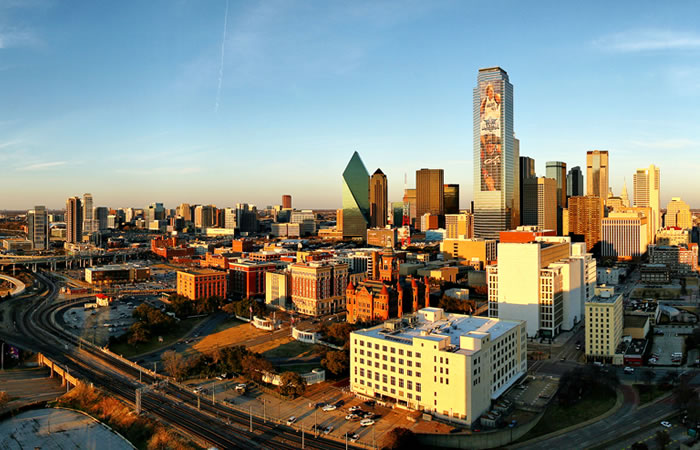