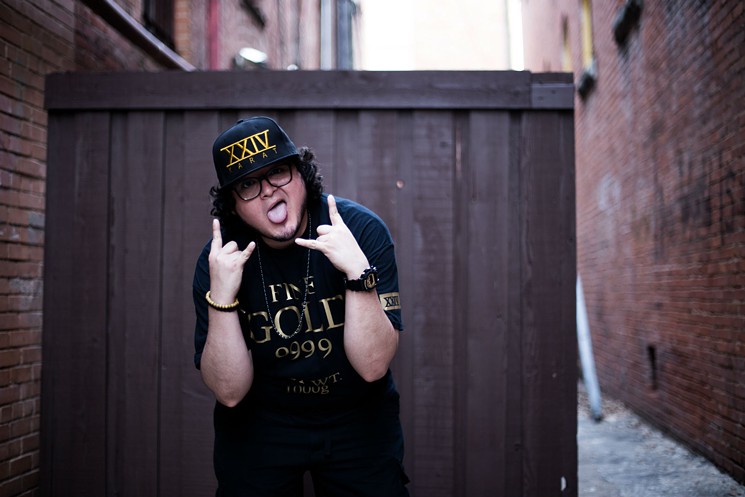 Thursday night, High & Tight Barbershop hosted Dallas’ own producer Sikwitit’s XXL Placement Celebration. (Side note: If you have never been to High & Tight, it is quite the venue, as the front is a barbershop, but if you walk through a door disguised as part of the back wall, you’ll find yourself in a back-room speakeasy with a full bar, stage and seating.) It was a celebration of two beats that he produced being chosen for 2016 XXL Freshmen Cypher and a live Dallas Cypher, as a statement that our city’s finest emcees have better bars than those being honored in the magazine this year.

Hosted and moderated by Jay Wil, the night began with his interviewing of Sikwitit, followed by a Q&A session from the audience, intertwined with the three XXL Freshmen Cypher videos. Sikwitit talked about his start, winning the iStandard Beat Battle, the talent of Dallas producers and the comradery within the community and his placement on the show “POWER.” He came across the opportunity to submit beats to XXL through his relationship with iStandard. “I sent in a couple beats, a week later I got … the text message, and they were like ‘Yo! All your beats got picked!’” He didn’t recognize the third beat, even though it was named “Sik,” but the other producers, nateXcharity, had made the beat with Sikwitit’s drum kit, so they paid homage in the title.

The second half of the evening consisted of five of the DFW area’s best emcees exchanging bars over a “Cry Me A River’ sampled beat also produced by Sikwitit. Led off by –topic, then followed by Kaos Caine, Cameron McCloud (formerly known as Kid Cam), Jayson Lyric and finished off by (COSIGN Issue XVI cover feature) Bobby Sessions, everyone spit fire. While perhaps I’m bit of a homer, these guys rapped circles around the XXL Freshmen.

It was a big night for the city and the audience was a who’s who of the Dallas rap/hip-hop scene (from all of the lanes of the game). The accolades among our hometown folks continue to get greater and greater and we’re starting to see the city coalesce. Thursday was the celebration of the next step toward the next level of success for these DFW-area products, and we can all feel it coming. Stay tuned to COSIGN Magazine and COSIGNMag.com to follow the ascent to greatness.