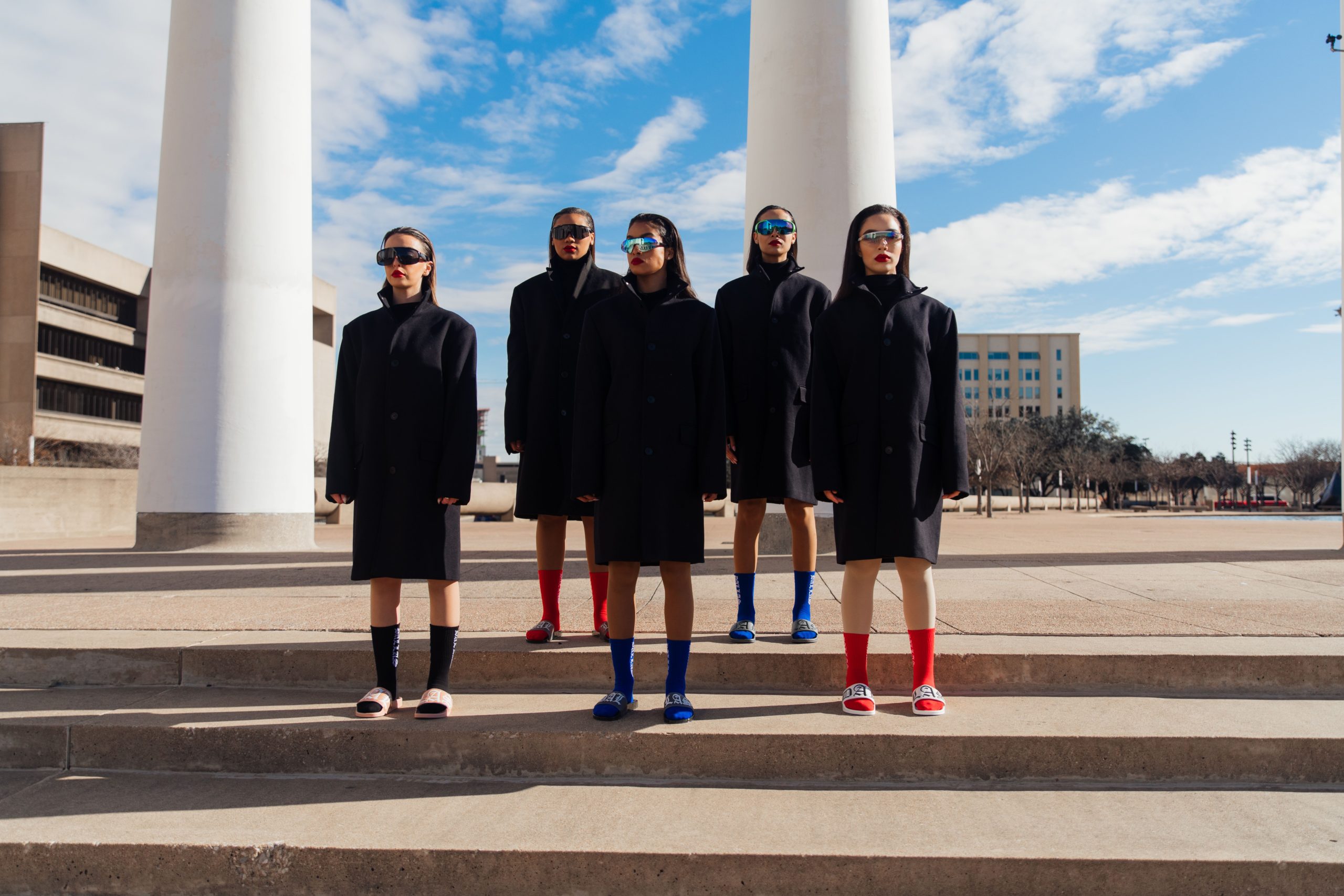 Photos by: Nikon The Icon

Since 2014, the El Chuy brand has been a staple in Dallas culture. It’s become a prominent brand much like the Dallas Cowboys, no exaggeration. If you’re from Dallas or visit frequently, you’ll understand that Dallasites are proud people. We love our city, so anytime we have the opportunity to represent, we will, especially if its in a fashionable yet authentic way. Because in Dallas, we don’t follow trends, we set trends; from our haircuts, to our dances, to how we dress, it’s pretty easy to spot someone from Dallas. Mix that with our hustler’s spirit, that’s where you’ll find El Chuy.

East Dallas. South Dallas. North Dallas. West Dallas. Oak Cliff. Pleasant Grove. What started off with a hat that individually represented every hood in Dallas, brought the city together. Not only did the brand take off at an unfathomable speed, it has remained consistent and appears destined for longevity. Even if you’re not familiar with the El Chuy brand, you’ve seen the hats, but most importantly, you’ve seen the Dallas slides. And we’re pretty sure you’ve seen the popular @ELChuyOfficial Instagram account, which displays some of Dallas’ most beautiful women wearing the brand. What about the brand makes it so popular, you ask? Why do people love six letters in old English? We believe it’s more than just a hat, clothes, or slides. It’s more than a brand. It’s a culture. It’s who we are. We are Dallas.

We spoke with the elusive El Chuy to talk about his brand, the growth, what’s next and more.

Tell us when did you start the El Chuy brand and what made you want to create the first hat?

“I started in 2014. I had just moved to LA and I seen how much they loved they hood, like they would introduce they self as, ‘I’m so and so from wherever,’ so for the hat, I did all the hoods of Dallas to get the same vibe from people.”

That’s dope! Why did you name it El Chuy? Where was the name derived from?

“Chuy is my name. ‘El Chuy’ I got because I was trying to produce music at the time and my beat tag was a line out of the movie ‘Blood In Blood Out.’ ‘El Chuy? Chuy? Es mi carnal,’ so I just transitioned that name into the brand.”

Do you remember who the first person was to buy a hat from you?

“Man, the first person I honestly couldn’t tell you because when I made them, I sent them to Dallas and had the homie took them to Centre for me. Shout out Centre. He took ‘em in and they actually sold them on consignment for me.”

Shout out to Centre! So now the hats are popping in Dallas, what was the next product you transitioned to?

“After the hats, the first product was a baseball jersey; super limited so if you got one hold on to it.”

And then came the slides, which became a staple piece for Dallas culture. Why do you think the slides caught on like wildfire?

“I kept the slide idea inside for a while. I always wanted to make ‘em, but didn’t feel like I could move the minimum quantity required to make ‘em, so I sat on the idea for a while. But I think they hit so hard because, I don’t know bro, it’s just one of them things that I think is meant to be. Like the slides is what God gave me to leave my old life behind.”

That’s real! As of today who has been the most influential person to #COSIGN the brand? And how did that connection happen?

“Man, it’s a lot, but I think the biggest COSIGN was [Eyrkah] Badu. Shit, she wore ‘em on the Soul Train [Music] Awards. I was lit as fuck! That came organically, I think her producer had brought ‘em for her, but before that I was told she had the South Dallas hat, so I’m not all the way sure on the back story.”

Congratulations on that. So where do you see the El Chuy brand going?

“I see it going further than clothes. I think the brand is something people get behind, not just for the clothes, but for the things I try to do for the city.”

One great thing you did was really push the brand and stay behind the scenes. Was that on purpose? If so, why do you keep more of a low profile when most entrepreneurs are pushing self and the brand at the same time?

“This [is] a complex one to answer. I’ve always been like this, like I can have the nicest car that I want everyone to look at, but the windows are all the way tinted out so you don’t know who’s driving it. You just see it pass by you. Shooting me the thumbs up and behind that glass, I’m throwing you the peace sign back, with a smile. You just can’t see me, if that makes sense.”

That makes sense. Who from Dallas do you want to see in El Chuy that hasn’t worn it yet?

“I wanna see everybody who putting on for the city in any way to wear it. When I see somebody from the city in other slides, I feel like they in violation of “penal code 2.14.”

Haha!!! Penal code 2.14. I like that. From a marketing perspective, I remember the ladies wearing El Chuy had the ‘Gram going crazy. Was that intentional or are women just your biggest supporters?

That’s still everyday on my story, I was just at my grandfather’s funeral and somebody came told me in my ear, “I follow you on Instagram, you got all the bad ones on there.” I laughed. Yeah, that was very intentional. I feel like we in an era where clothes is very unisex, but women definitely shop more than men.

Don’t hold yourself back. Don’t focus on the money so much at first, have fun with it, learn and build. As far as a brand for their city, I would say, know your city, live and breathe that motherfucker, don’t cut it with nothing. If you in Dakota, be Dakota, pure, uncut. 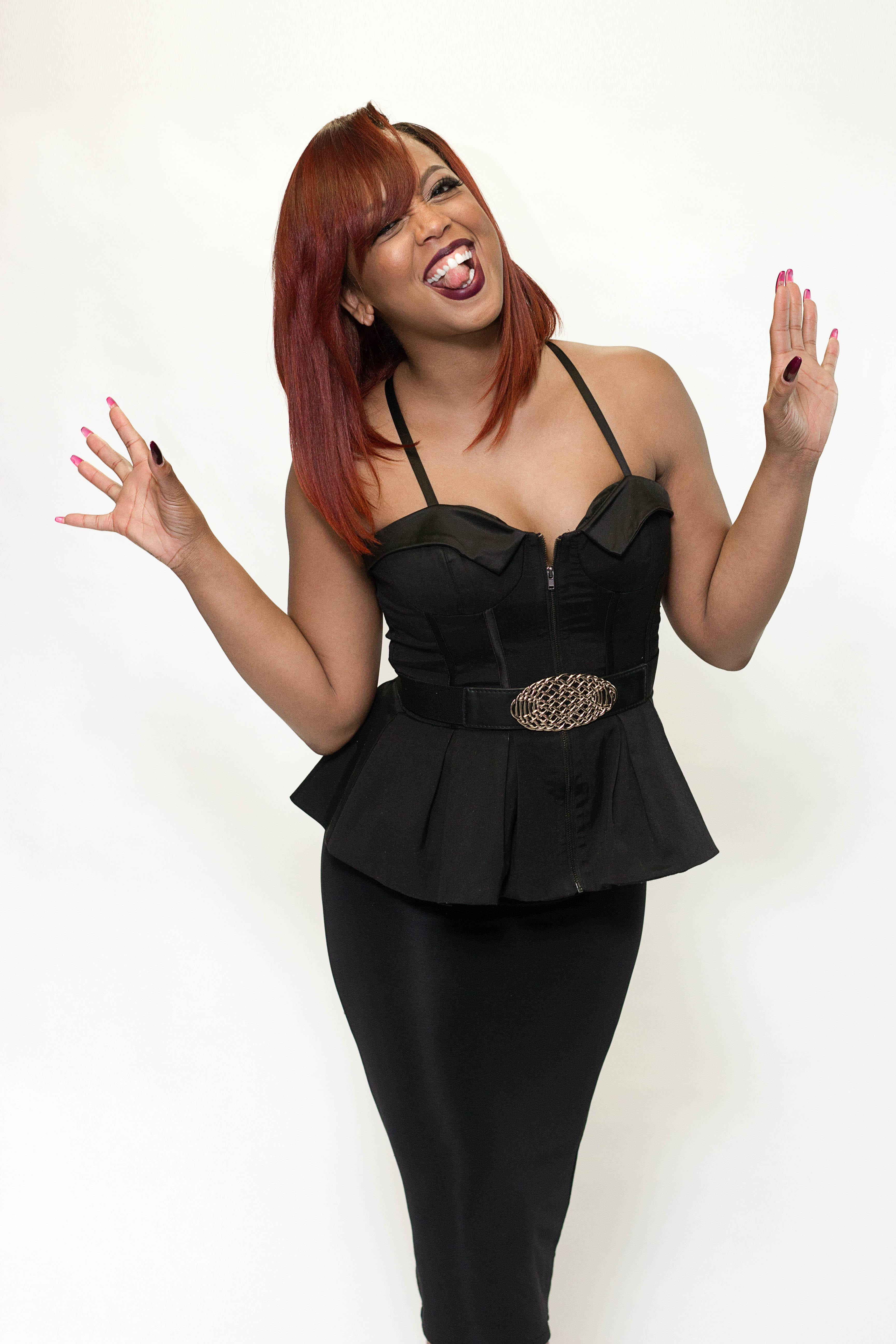 Dallas heavyweight promoter Mesha Jackson, gets real with COSIGN about being a female promoter