Imagine listening to a man speak wisdom through brokenness. Imagine facing fear through enlightenment. Imagine being someone that didn’t fit the narrative yet narrates the entire dialogue. Imagine being you without ever feeling like better was not attainable.

What Nipsey brought was more than Crip inspired lyrics, street hustle, and edge. No, he brought vision, intellect, and humility. He showed little boys and girls they could be better than what was afforded. He showed that balance and even in the darkest of places comes the brightest of lights to shine. How alchemy is more about using what you are given while realizing what you desire can be achieved with those same hand me downs. 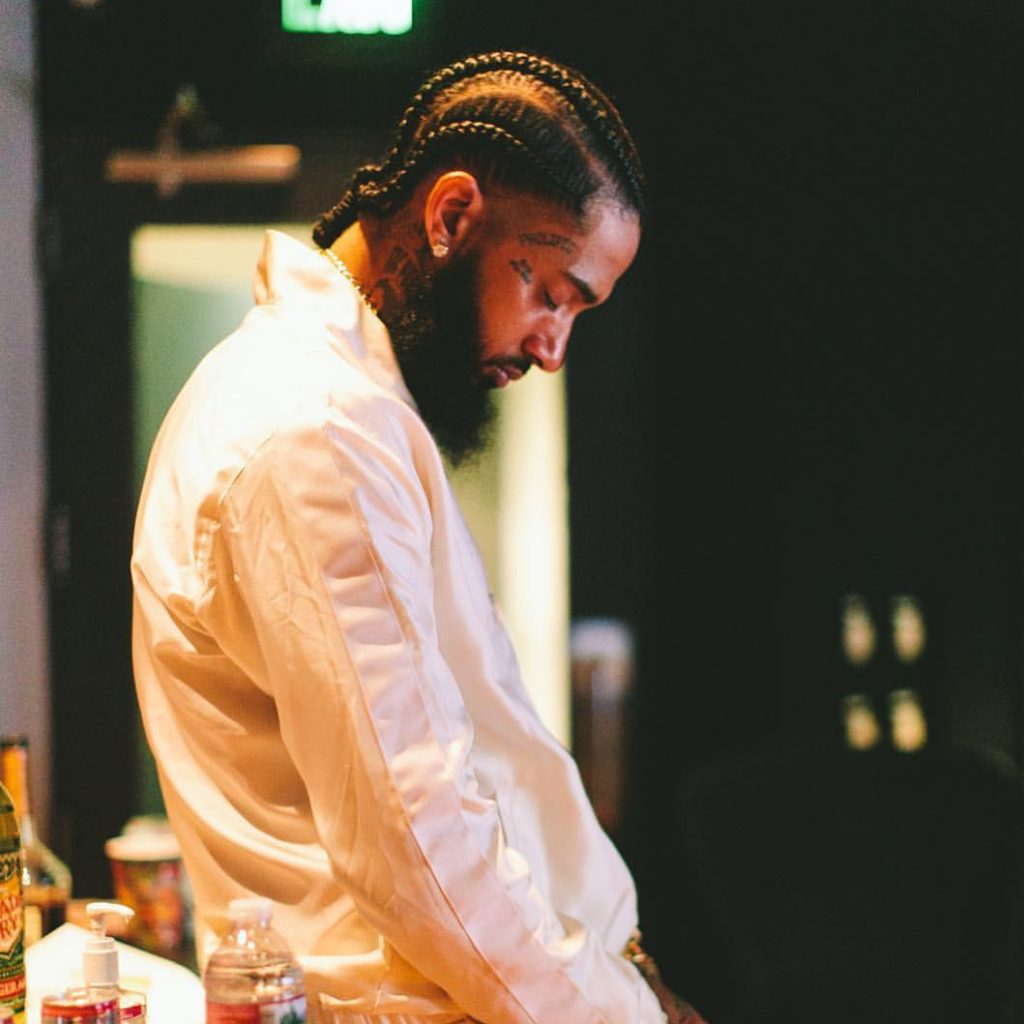 My first exposure to Nipsey was about a decade ago and he was up and coming Featuring on XXL and honestly, I remember hearing his voice on “I’m On It” with French Montana, Wiz Khalifa, and Big Sean who all at the time are not the names they currently are today. I remember that song fed me lyrics of no matter what I went through I could push through. At the time I was enduring many tests as a man. So to literally connect with them as they all spoke confidence and it was them no lyrics outside of done their way. Their focus and poise, paired with their ability to not overshadow the other! It was a refreshing experience and I remember wearing that song out as it kept me motivated and pushing through. This was certainly my first but not my last experience with Hussle The Great.

Now, off my own sentiments and back to the power of one’s voice and testimony. The community which Nipsey touched included your suburban hip hop connoisseur middle class “thugs” all the way to your ghettos lower impoverished climate. He spoke to both the business room executive who wanted to provide a future and to the street hustler who wanted to survive the present with dreams of brighter days. Authentically he spoke his truth, not facts of another. Nip spoke his transgressions, not out of anything more than humility. He spoke his life. So on Sunday, March 31st, yes an artist was slain, but so much more. A man, a father, a hustler, a businessman, an inspiration, a poet, an alchemist, a teacher, and a present. He took what many would see as less and shined brighter than many could have foreseen. He didn’t believe the lie that where he was is where he was destined to be and for that, it took him further than most like him could have imagined and challenged those who don’t understand could fathom.

So to Nipsey for the many times, you pulled us through depression, through struggle, through celebration, through failure. If your life cost a million more to succeed, I hope you rest well knowing you fulfilled and shined light and warmth beyond The Universes wildest conception.

You spoke to the kids who knew that the hood was their home but the world was their playground! That evolution requires realizing where you’ve come from and never forgetting but not believing that was all you could achieve.

The reason Nipsey was bigger than music is that he used it as a platform like he did most of his ventures to do something for those around him, not merely himself. He taught all that he could before he transitioned so just like his name and tattoos stated God Will Rise.

Tell us your favorite Nipsey Quotes/songs.

“Turn around and hate on me like it’s a crime to evolve.” -Nipsey Hussle