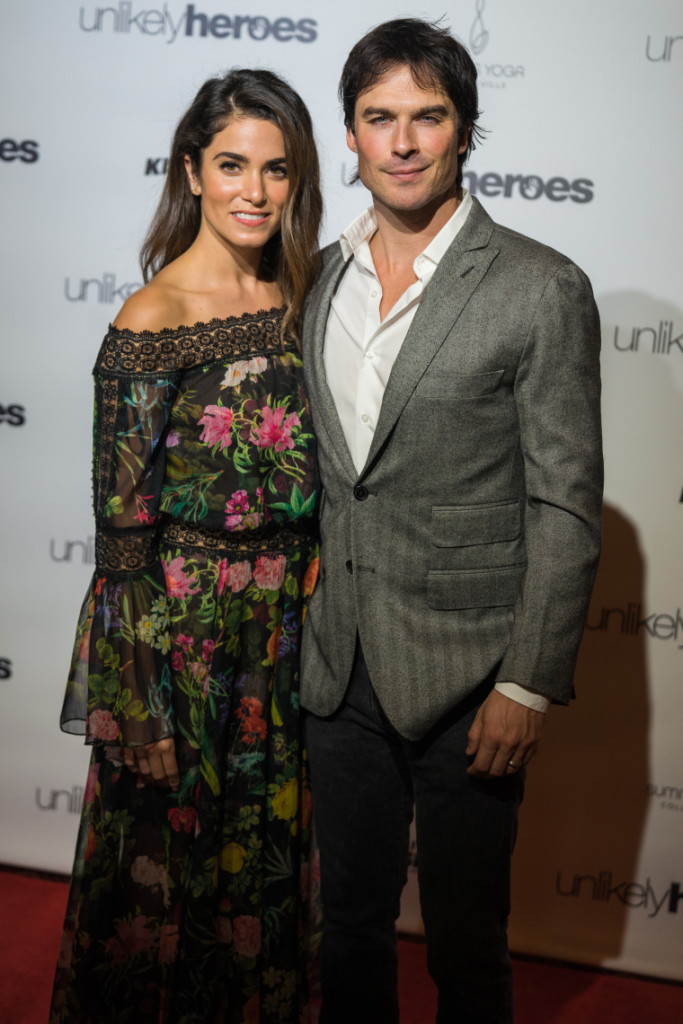 Our favorite fashion director and Dallas Influencer, Stephania Schirru was in for a treat this past Saturday, as she had the opportunity to interview one of Hollywood’s hottest couples Nikki Reed and Ian Somerhalder (who actually live in Atlanta). The power couple flew into Dallas, TX to celebrate Unlikely Heroes, which is a non-profit dedicated to rescue girls from sex-trafficking.

After a few photo opps on the red carpet Stephania was able to land an exclusive interview with the couple of the evening. Nikki explained that she met Erica Greve (founder and CEO of Unlikely Heroes) very organically on a mutual friend’s back patio, they instantly connected after Reed learned what Unlikely Heroes stood for. From that point forward unconditional support and love was born between two powerhouses. Reed and Somerhalder don’t only lend their names and faces to the organization but also get actively involved with the girls. They visited the rescue homes, rode bikes with the girls, took them to get manicures done with the goal of building a relationship with them. When Ian and Nikki can’t physically be present they face time the girls to show them that they are loved and cared about.

To read Stephania’s interview in its entirety and view more photos head over to Dynamically Branded right now and let them know we sent you!