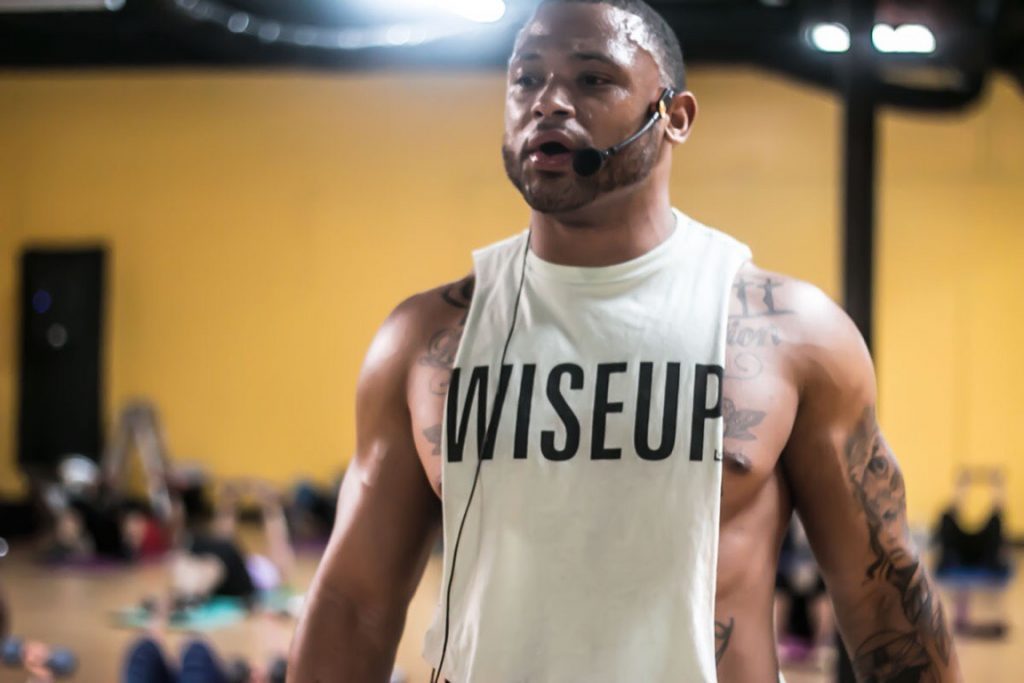 Josh Wise, a fitpreneur, personal trainer/bootcamp instructor, and one of the most influential faces and bodies in the Dallas/Fort Worth area who has solidified his authority in the fitness industry. He climbed the corporate ladder at 24 Hour Fitness and left his mark on the hearts of many. Despite graduating with a Business Management degree in Business Administration (3.7GPA) from Abilene Christian University in 2010 (while being a team captain for the 2009-2010 ACU Wildcats football team), his career humbly began as a front desk representative making $7.25 an hour. Remarkably, in only 4 short years, Josh climbed the ranks within 24 Hour Fitness to become one of the highest paid Fitness Managers in Texas, was selected to represent 24 Hour Fitness as an ambassador for the United States Olympic Committee during the 2014 Winter Olympics, and was voted best Nike Training Club instructor in the DFW.

Noticing his impact in the corporate environment, Josh understood his value, and he wanted to test it. He is testing it. Everyday. In 2014, Josh departed from 24 Hour Fitness to pursue his dream of opening his own facility. His dream gym isn’t up yet, though he is living his dream. He is currently training at one of the most notable gyms in the world (The Original Metroflex), while developing one of the hottest lifestyle-performance brands in the DFW (WISEUP Apparel), all while juggling being: a father to his son (Jaxon Carter-Cash Wise), a mentor, and an influence to the community.

His mission in life is to empower, educate, and inspire growth physically, mentally, emotionally and financially to any and everyone who crosses his path.

One of Josh’s favorite quotes: “You were put on this earth to achieve your greatest self, to live out your purpose, and to do it courageously.” – Steve Maraboli

Who is Josh Wise?

I’m your father. Your son. Your brother. Your therapist. Coach. Or cheerleader. I’m your moral conscious. Role model. And your hardest critic when it’s appropriate. I’m whoever I need to be for that person at that time. I adapt. I’m not a label.

What void does your business fill in your current industry?

I am bringing value and authenticity to the table amongst other passionate coaches and trainers alike. I’m filling the void internally with my clients, not externally through the industry. I’m here to inspire strength, courage and self-awareness in the lives of everybody that comes into contact with me. That’s my aim. To show them their greatest self. That’s it.

Tell us three lessons you’ve learned while operating your business.

1.) I’ve learned that the people you start off with won’t be the people you end with. Meaning everybody we meet is apart of the plan. We must figure out why we met. Was it a lesson or a blessing? Stay aware in all relationships you encounter. Good, bad or indifferent. Your future self will thank you for it.

2.) I’ve also learned that greatness is a process. There’s no easy way to the top. It takes obstacles. It takes struggles. It takes sweat. It takes tears and years to be great. I’ve read and seen many people make it out of the struggle only by pure focus and determination. It’s not personal. It’s just a process. You must hold on tight to those dreams and keep fighting and embrace reality.

3.) The last lesson is about principles and values. You can’t be desperate and you can’t jump on every opportunity that arises. That’s how you’ll fall on your face. Being a man of character you’ll have to surround yourself with men of character. You’ll notice that everybody vibes different. If the energy around you is bad, the situation is bad. It’s time to move around based off your principles and values. You cannot lose your moral compass in life trying to win in life. Well that’s if you want what you’re building to last forever. Just make sure your team is solid. Because you’re only as strong as your foundation.

Mentorships are vital, if you could be mentored by anyone in the world who would it be and why?

Diddy: the vertical integration he created within his business is genius. He has his hand in almost everything you do with music industry.

Oprah: her following is cult like. The way she communicates with her fan base is as if they grew up with each other. Her transparency and authenticity is everything to me.

Jay-Z: the way he networks. They say your network is equivalent to your net worth.

Tell us one thing majority of people don’t know about you.

I’m the biggest nerd alive. I read and write daily.

Why do you feel that you should win a COSIGN Award?

I don’t care about the award, I’m just honored to be nominated.

Who do you #COSIGN and why?

I #COSIGN my mamma. Demetria Bivens, Owner of DLB Connect. She’s the definition of grind and shine. She’s felt the bottom. She’s felt the top. She has signed million dollar deals. She’s exchanged coins for dollars. All within the same year. She has a lot of wisdom in business and networking. What I’m proud of most is that she’s doing all this for me and her grand babies. She took the kids in after my brother passed and that’s by far one of the selfless acts that a grandmother could do while juggling business and a new marriage. She gets a big ass Cosign stamp.