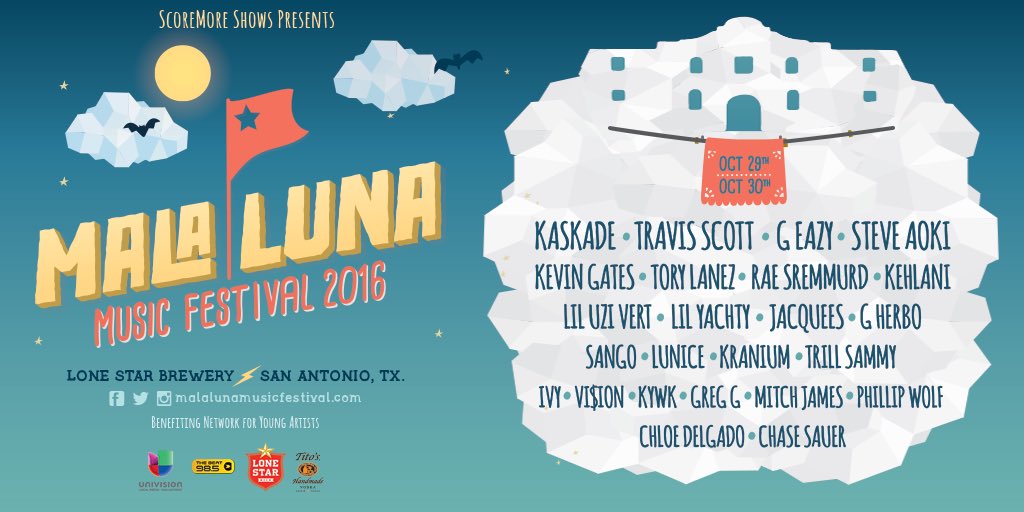 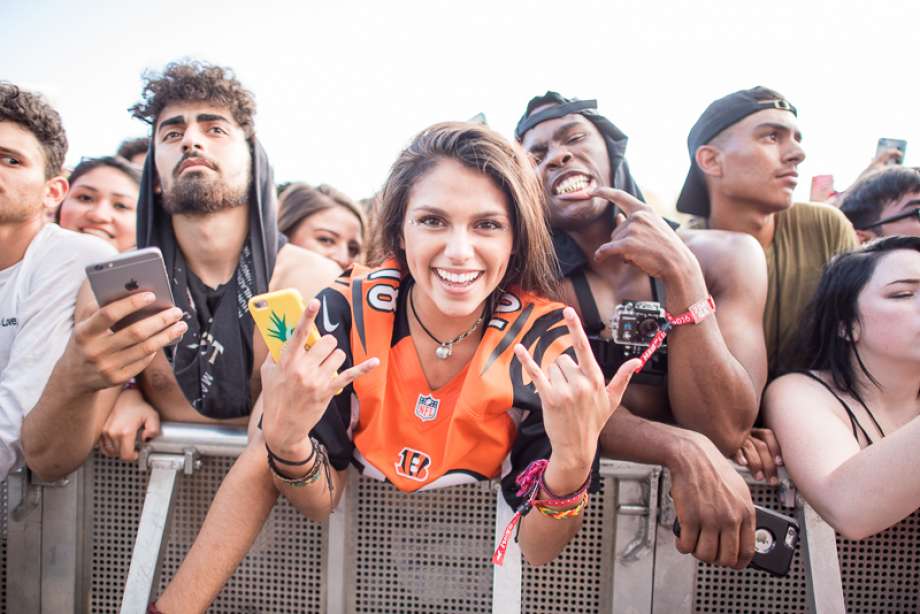 In it’s first year of existence Mala Luna Music Festival makes major headlines by donating $15,000 to San Antonio local Nonprofit, Network For Young Artists. We were enthused to hear the great news, but we weren’t surprised as our good friends over at Scoremore Shows does a tremendous job of giving back to the community. View our 2016 Mala Luna Recap here and read the story below courtesy of Giant Noise. #COSIGNLife

Mala Luna Music Festival is proud to announce that the inaugural festival will be donating $15,000 to Network for Young Artists (NYA), a 501c3 nonprofit organization that provides affordable classes in voice, guitar, percussion, keyboard, and dance to San Antonio-area youth ages 4-20, through its partnership with the local nonprofit.

Mala Luna Music Festival originally partnered with NYA to give a portion of the proceeds from each ticket sold to the local organization in an effort to support San Antonio’s local community. This partnership has now resulted in a donation of $15,000 to the San Antonio-based nonprofit, which will directly support current and upcoming student-driven music education initiatives.

Additionally, in a continued effort to support San Antonio’s up-and-coming music scene, two NYA students, Chloe Delgado and Chase Sauer, were selected to perform in front of their hometown crowd at Mala Luna Music Festival, marking their biggest performances to date. This partnership with NYA has helped to further ScoreMore Shows’ ongoing commitment to supporting underserved students by providing incentives and culturally relevant opportunities at its various shows and festivals.

Mala Luna celebrated its inaugural event last Halloween weekend, October 29 and 30, at the historic Lone Star Brewery near downtown San Antonio, which resulted in a sold-out two-day event with 30,000 fans in attendance throughout the weekend. In its first year, the festival offered the city of San Antonio and its surrounding communities a weekend of high-profile music performances, along with multiple live art installations and numerous local food vendors and merchants, while paying homage to the local culture and the community’s annual Diá de los Muertos celebrations.

In addition to the music performances throughout the weekend, fans at the 2016 Mala Luna Music Festival experienced an expanded artistic footprint at the historic Lone Star Brewery in downtown San Antonio, which, thanks to a partnership with Centro San Antonio, welcomed an acclaimed group of live visual artists from across the state to participate in this year’s event. Plus, the inaugural festival enlisted internationally acclaimed artist Cruz Ortiz to create a limited edition poster exclusively for the first-year fest.