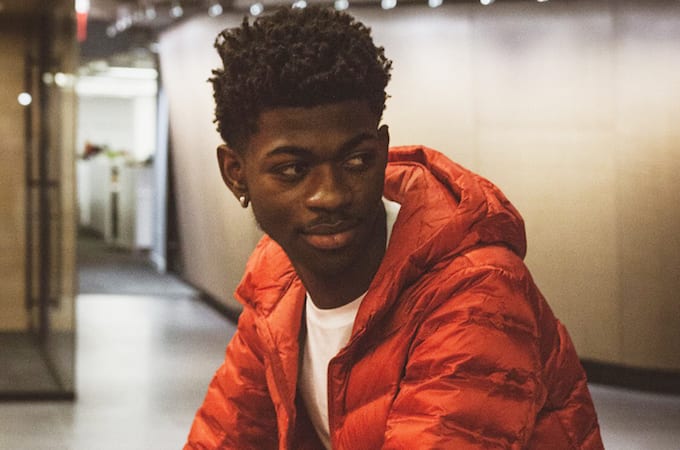 Podcast- Black To The Future

Sometimes you find gems in the strangest way. I love to find hidden talent in the hip hop community especially those who do things differently. I’m not the biggest country fan at all. I may have listened to some songs back in the day because of school or watching MTV occasionally. But most of the Black country singers I knew were mainly in other genres as well like Ray Charles or Tina Turner. There was Darius Rucker, from Hootie and the Blowfish, but it was never for me. Crazy, as I was playing Red Dead Redemption one day and I was in the lobby trying to avoid getting killed again, something amazing happened. As I was being chased by a group of friends, all I heard was, “I got the horses in the back, horse stock is attached”.  That’s when I was introduced to Lil Nas X.

“Old Town Road” at this point is a viral hit. “The Yeehaw Challenge” sparked interest in the 19-year-old artist like no other. Record labels were offering Lil Nas X 7 figure deals because of the viral hit. He eventually signed with Columbia records. He recently made some noise when he charted at number 19 on the Hot Country Billboard. This came with a lot of mixed reviews. Since the song had some rap elements along with many country elements, they felt it wasn’t country enough. Well, Billy Ray Cyrus said, “hold my beer” and hopped on the remix, and it can’t get any more country than that. He also delivered a very fine verse if I do say. We should see him back on that chart soon.

But most of us know about this song. What is equally amazing to me is his other music. I talked about how Summer Walker just popped up and became hot with little to no music around in 2018. Well Lil Nas X literally just started uploading music in 2018. As you could assume, it doesn’t appear that country music is his main focus. The Atlanta in him is prevalent with trap vibes in his instrumentals and style, but he still appears to bring something fresh to the table. “BANZUP” sounds like a trap classic. Carry Own shows that he has subject matter worth listening to as well as displaying his unorthodox rapping style. Lil Nas X has talent that we may have not known about if it wasn’t for his viral hit Old Town Road. Maybe that’s why Billboard took his hit down because they researched like I did and saw the lack of “Country Music”. What’s crazy is he may have sparked interest and became the pioneer in “Trap Country” without really trying. Who knows, his recruitment of Billy Ray Cyrus may say that he is serious about music period regardless of the genre. I’m interested to see if he makes more country-inspired music or will he use his opportunity in a different way. Only time will tell. Until then, “I’m Gonna take my horse to the Old Town Road, I’m gonna ride until I can’t no more……..”