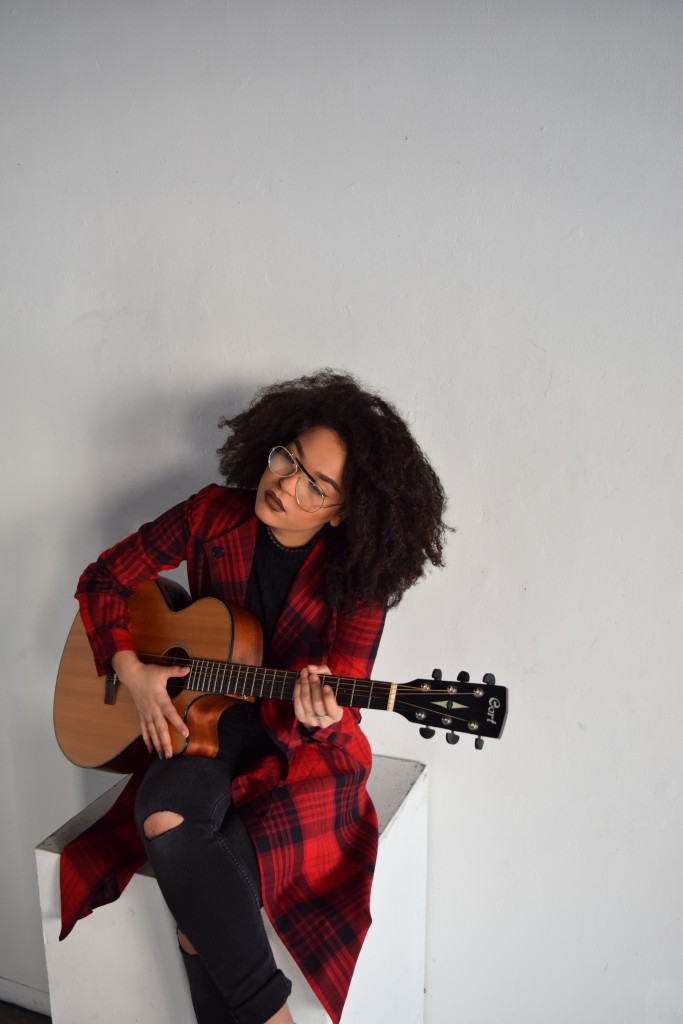 (Lauren Steele is also featured in Issue 19 of COSIGN Magazine which can be purchased HERE.)

Lauren Steele is a singer-songwriter, poet and actor from Portland, Oregon. Her mother is LaRhonda Steele, known as Portland’s First Lady of Blues, which gave her her roots in music and performance. Lauren is an accomplished artist, having performed on Broadway and having recently dropped an EP, Trust My Love. She now resides in Dallas, going to school and continuing to pursue her musical career.

COSIGN: Having a parent as a musician, was music forced upon you or was it something that came natural in the household?

LS: I have always been musically inclined, my parents saw that and nurtured it. Music runs on both sides of the family, so even as it’s seen as a sort of a family trade, I have trust that if I showed interest in a different path they would nurture that just as fully.

COSIGN: When did you know that you wanted to become a singer-songwriter? Was it hearing your mother play, were you motivated by another artist, or was it a song that ignited your artistic
flames?

LS: My parents remind me all the time of the little songs I wrote as a kid. I sang my way through life. I remember being in the kitchen on Thanksgiving with my mother helping her rinse off the greens before she threw them in the pot. I started singing “Washing greens is my favorite thing, Washing greens is my favorite thing.” And even with a line as silly as that, my mother hopped on a harmony by the third repeat. I’ve always been a singer-songwriter. I was just as much a singer-songwriter then as I am now, the only difference is it’s more than my mother listening now.

COSIGN: What have you learned from your mother when it comes to music?

LS: I have learned everything from my mother. I learned that being a vocalist is so much more than standing on a stage and sounding pretty. The only way to describe my mother on a stage is … magic. She puts her entire soul into the songs she sings, her stage presence and ability to make every audience member feel like they’re the only person in the room is magic. Dreams of fame, success and money don’t come close to my dream of someday making that same kind of magic.

COSIGN: How did you transition from Portland to Dallas and how do you feel about your time spent in Dallas as an artist?

LS: I came to Dallas to study acting at Southern Methodist University; it is my sophomore year now. I knew I wanted to maintain my music career while studying here, so I made it a point to get in touch with some local musicians. All the artists I’ve met so far in Dallas have been dope. It’s difficult to take on a new city, where you have no connections, but the artists I’ve met here have all been as generous as they are talented. Adrian Johnson and Chosen Musicians have been a great help in kick starting my developing a name here. I think me and Dallas are gonna get along juuuuust fine.

COSIGN: Your most recent EP, ͞Trust My Love͟ is about love, race, equality, self-love and forgiveness. Have you dealt with these issues personally are do you write from society’s
standpoint?

LS: As a young black woman, these issues are unavoidable. There is no way not to deal with these personally.

COSIGN: As a creative, why do you feel that you HAVE to pursue music, poetry or acting? What’s your motivation?

LS: I have so much to say, that I’m too afraid to say. Music is where I have the freedom to do that. I think my music has a general message that needs to be heard. Not for my own gain, but for the sake of the world around me. I’ma make ’em hear it.

COSIGN: If your life were the perfect book, how would you want your story to end?

LS: My book would end in a world of tolerance; a world where love rules, and empathy is law. I know I’ll never see that, but it’s the thought that drives me.

COSIGN: Who do you #COSIGN? (Support or stand by)
LS: I COSIGN anyone with the courage to commit to their art.