Hola #COSIGNLifers! It’s been an eventful couple of weeks but today we present the winner for the pair of 2-Day GA Passes to Mala Luna Music Festival. To be eligible for this giveaway contestants had to follow @cosignmag and @malalunafest on Instagram, repost the official festival flyer featured above and tag #COSIGNMalaLuna. Last but not leas,t they also had to email us explaining which artist on the lineup they #COSIGN and why.

We received many entries and were excited to read all the responses from the fans. It was cool to see who different people COSIGN and why they listen to certain artists. But without further ado, we present the winner who will be spending October 29th and 30th in San Antonio for the Mala Luna Music Festival. It was a very close decision all the way to the end, but we had to choose the person who was the most consistent.

Our winner is Ana Cuellar. Ana posted the Mala Luna Music Festival over 25 times in many creative ways from creating a mock magazine cover to photo shopping a picture of her and Lil Yachty together. lol She also sent us 7 emails stating the different reasons why she #COSIGNs Lil Yachty and the impact he has had on her.

#COSIGNLifers do us a favor and follow Ana on Instagram at @ana_cuellar98 and congratulate her on winning the 2 festival tickets. We wonder who’s she going to take with her. Hmmmmm. #COSIGNLife #COSIGNMalaLuna 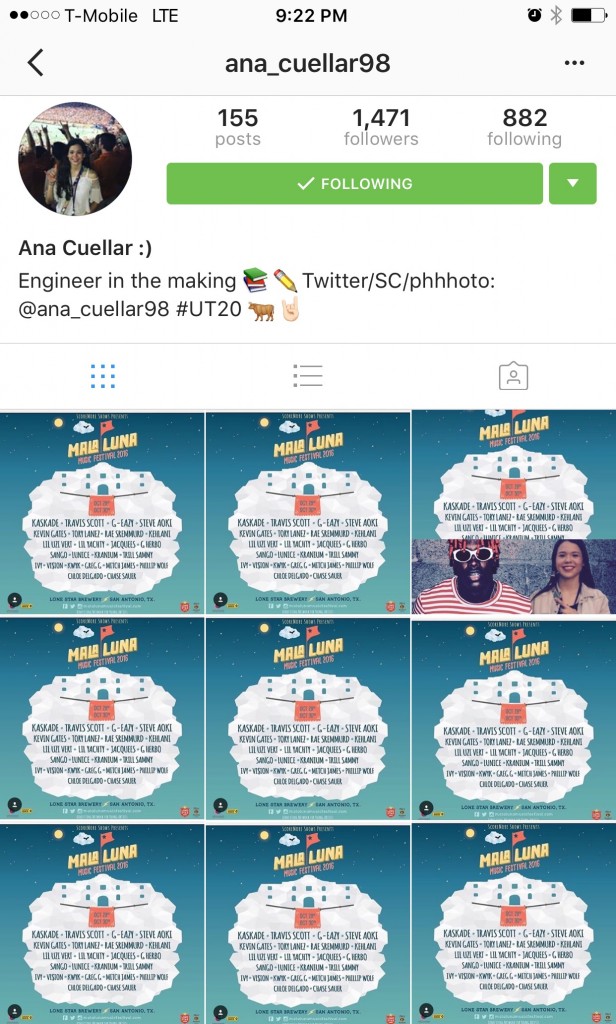