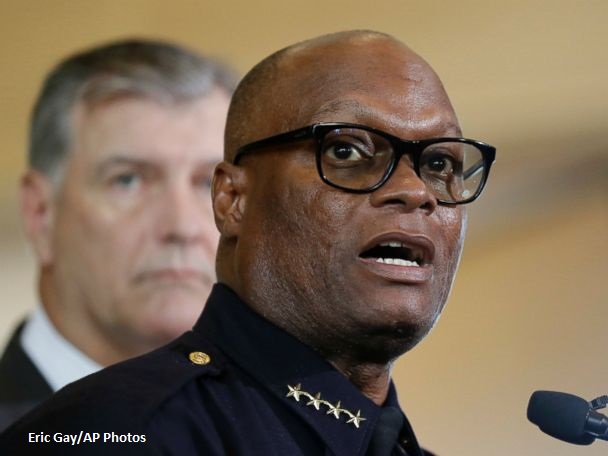 (Note: The following is the opinion of the author and not necessarily that of COSIGN Magazine.)

We’re about two weeks removed from the police shooting incident in Dallas, and unfortunately one thing has seemed to gain acceptance as the norm, sans criticism. From the beginning, what didn’t sit well with me was that the Dallas Police Department (DPD) used a drone, in this case a bomb-disposal robot, to blow up a man suspected of these heinous crimes.  I know many have no sympathy for the suspected shooter, Micah Xavier Johnson, and I’m not suggesting that anyone should. But the “He killed cops and that’s what he gets” argument, which is an easy yet emotional response, is troubling constitutionally and because of the precedent it set. While I seldom agree with the Senator from Kentucky, he was right on this this day:

“I will speak as long as it takes, until the alarm is sounded from coast to coast, that our constitution is important, that your rights to trial by jury are precious, that no American should be killed by a drone, on American soil, without first being charged with a crime, without first being found to be guilty by a court. That Americans could be killed in a café in San Francisco or in a restaurant in Houston or at their home in Bowling Green, Kentucky, is an abomination. It is something that should not and cannot be tolerated in our country.” – Sen. Rand Paul | (R) Kentucky, March 6, 2013 – Congressional filibuster

I needed to put it in perspective to attempt to understand the ramifications.  I’ve read articles as to how/why this is legal (while unprecedented), and since I am no legal scholar, I must take the opinion of legal experts into consideration. And perhaps they’re right, and it is legal, but I know wrong when I see it.

While there is much distrust of the official story among my fellow Dallasites, I’ll focus on what DPD and local media covering the events of July 7 have said: one shooter, cornered in a parking garage by El Centro College. Eleven officers had been shot at this point, at least four were dead and the department didn’t want any more casualties.  I get that. Police Chief David Brown decided to send in a makeshift drone to deliver the C4 plastic explosive to kill the suspect. And here is where I start to have an issue with this decision.

A robot, especially one created for bomb disposal, is relatively indestructible; police officers are not. Robots can’t die, because they are not alive; police officers can because they are. Had DPD used alternative methods to apprehend or kill the suspected shooter (i.e. sending in officers), police lives may have been lost. The perceived better solution was to send in the robot.

Since a robot can’t die, it can’t be met with deadly force. Even though it can be destroyed, it faces no danger as this would be the loss of property, not of life. Therefore, if life isn’t in danger of being lost, the choice to use lethal force equates to Micah Johnson being stripped of his constitutionally guaranteed right of due process. “But he killed cops!”’ you say.  Yes, he allegedly killed cops, and the threat of him doing more of that, for the time being, seemed to have been neutralized, as the gunfire had stopped (an assumption I make because there was no line of sight on him, so it seems that he was hiding at this point), they had contact with him and he had been injured. He was trapped in a parking garage, and was immobile enough to where he apparently couldn’t get far enough away from “Johnny 5” (double entendre) with the C4 to survive the blast. (Not to mention that additional lives were put at risk, as Johnson allegedly claimed to have planted bombs around downtown, and his death would ensure that no further intelligence could be gathered as to this threat.)

In a nutshell, Brown called for the execution of a suspected cop killer when he had non-lethal options at his disposal. A non-lethal approach, gas in this case, had already been demonstrated by an Albuquerque police robot in November 2014 (https://www.cabq.gov/police/documents/monthly-reports/police-reports-november-2014.pdf, page 9). So if there was a non-lethal method available, I can only infer that Brown was more interested in retribution for the fallen officers, rather than justice. Was the bomb a last resort? Based on the fact that another department found a non-lethal method within the context of a standoff, it doesn’t seem to have been.

President Obama has taken much criticism for his order to kill and the subsequent killing of American citizen Anwar Al-Awlaki via drone in Yemen in 2011. The fact that he was on foreign soil and had pledged allegiance to al-Qaeda doesn’t necessarily make this an apples-to-apples comparison, but it was then-CIA Director-to be John Brennan saying that drone strikes had “no geographic limitation,” that sparked the Paul filibuster, and this issue being brought to the forefront.  This controversy led then-Attorney General Eric Holder to write Paul a letter including this line: “It has come to my attention that you now have asked an additional question: ‘Does the President have the authority to use a weaponized drone to kill an American not engaged in combat on American soil?’ The answer to that question is no.”  So if the President doesn’t have this authority, I can’t imagine that anyone else would. (Side note: if we allow “combat” to mean anything other than actual warfare, we open this up to encompass everything from a fist fight and beyond. This was a criminal issue, not an act of war, even though the hyperbolic nature of our society may be tempted to call this a “war on police.”)

David Brown has opened Pandora’s Box, and unless there are grave consequences for such military actions being used on a civilian, we may begin to see more “suspects” being stripped of their Fifth Amendment right (“nor shall any person be … deprived of life, liberty, or property, without due process of law”) and being remotely killed. My concern now is for those U.S. citizens that now may experience the wrath of drone warfare. Rights are to be defended, if we don’t take a stand to protect them, we don’t get to keep them, and may not even deserve them. So at least, #FireChiefBrown, and then allow the great legal minds decide if and how they would prosecute him.