Hailing from Austin but raised in Houston, Tx, Dre Prince has been one of the most unique, underground local artists I have encountered thus far. SXSW was the first musical experience I’ve witnessed from Mr. BLCK KNG (pronounced Black King) himself. Many performances from unknown artists may grab your attention for brief moments, but I was focused from the time he spit his first 16 until he walked off of stage screaming, “BLCK KNG.” My favorite record from the Houston emcee would have to be his newly released single, “Smoke In My Car”, produced by Dallas native, Blue, who is a member of the incredible collective, Brain Gang. At that moment, I became a fan of good music and a supporter of Dre Prince. Cosign Magazine recently had the opportunity to cover Big Sant on his MFxOG Tour in Austin, Tx. Dre Prince just so happened to open up for the Mississippi artist. This was quite a treat because as soon as we entered Red 7, Dre was coincidentally preparing the crowd for MY JAM, “Smoke In My Car.” Yes, I said it…MY JAM!!! *Laughs* I must say one quality Dre Prince holds as a new artist is that he demands your attention when he’s on stage. It’s the confidence and interactions that make performances that much better. If you don’t believe in your self, why should we? To the people of Dallas, make sure you catch Dre Prince performing this weekend at the Function Festival. We can almost guarantee you will become a fan too. Cosign Magazine definitely #Cosign’s Dre Prince, as well as his BLCK KNG brand. Check out his latest EP titled, “BLCK Dreams”, by visiting DrePrince.bandcamp.com. 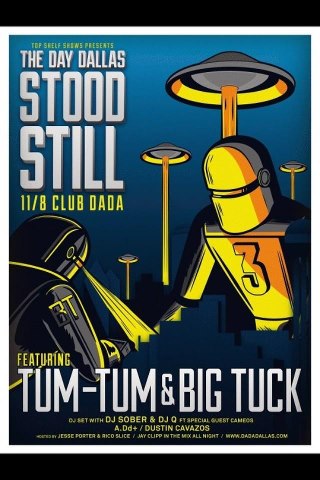