With two fashion lines, a hit reality show and a feature length film under her belt, you might think Draya has peaked, but she wants you to know she’s just getting started.

Most of us were first introduced to Ms. Draya Michele as the new girl on “Basketball Wives LA.” Saying her tenure on the show got off to a rocky start may be something of an understatement, given the level of gossip and outright slander that came her way. To the surprise of the many, Draya emerged from season one unscathed and returned for a second, third and now her fourth season on the show. She can easily be considered the show’s breakout star. Draya’s using her hard-earned celebrity to develop businesses, speak her mind and most of all prove the haters wrong.

Draya started “BBWLA” type-casted as the naïve newbie prone to scandal; her introduction to the other ladies was rocky at best. With rumors swirling around her, Draya candidly addressed the mistakes she made and dismissed the outright lies. Not without her share of drama, she learned some important lessons along the way.

When you first started Basketball Wives, you were portrayed in a really negative light and it seemed like no one could do anything but bring up rumors from your past. How did you deal with that and transition into being one of the show’s central stars?
I was pretty prepared for all of the negative things that were going to be thrown my way and I also knew there was a day where they were going to run out of things to say and I patiently waited until that day – today is that day. They don’t have anything else to say about me and I really just changed my lifestyle. I think if you keep that in mind when you’re going through life, then you don’t have to worry about what anybody says to you and I just deal with it like that. I just dealt with the stuff that I dealt with in the past as it came to me.

How did you take back control of your image?
I felt for a long time that I wasn’t in control [of my image]. I gave other people the right to tell my story or paint my picture for me and that was a big mistake. I allowed women to say horrible things about me. [Now] I’ve grown out of that phase; I grew out of not wanting to speak my mind because I didn’t want confrontation. I decided to start looking confrontation right in the eye and saying, “Look you’re not going to say just whatever you want about me. I’m going to tell the world about me.” And I just started, you know? Instagram and social media helped because I’m able to speak it and also show it. It’s like a log. You can go back into Instagram and see the changes [I’ve made] and you can see where I started.

Do you feel you feel like you’re in control now?
I’m in control. I don’t have anyone else to blame about things that are said about me because now I feel like I have a big enough voice to answer. If something is said about me that’s negative, then I have the choice to answer it and I can change it because I have a big enough voice, if not bigger than whoever it is talking about me.

With all the success of the show and your visibility, you’ve become a real role model for a lot of young women, was that an intentional progression?
The role model word kind of scares me. I didn’t know that girls look up to me and it’s a tremendous responsibility. I wake up every day and after I read the news, I look at my social media and I see all the comments with girls saying, “We love you,” and I’m like OMG, I can’t mess up because if I do they’re going to think this is ok. They’ll think this behavior is okay, so me growing up and changing my lifestyle has a lot to do with my followers also. Like I don’t want to lead these girls off of a cliff, you know?

What would be your life advice for those women that do look up to you?
From a relationship standpoint, it’s ok not to look for love so young. I think that love is something that comes later in your life and you don’t have to be so pressed for it. These young girls are so infatuated with being in love and finding that someone that a lot of the time they’re finding the wrong someone early in their life, so it’s okay to be patient and so just have fun for now.

What do you feel like people misunderstand about you? What do you want people to see?
I am a designer and to respect me as a designer. There’s a misconception about clothing lines and reality stars. There are a lot of people out there that don’t know my brands well enough and they think that I just drop my name on something that’s already made and I think that if I had an opportunity to show my design process, it would turn a lot of naysayers into believers. That would make me happy because I would get a new amount of respect from a lot of people.

And who would you consider to be your role model? Who do you COSIGN?
I cosign La La Anthony. I think she has taken her radio and TV personality and she turned it into so many more things, so for someone who was on TV as themselves and can transform into this powerhouse that she has, I think I could cosign everything she does. She’s got books, movies; she’s got clothing lines, she’s doing it all. 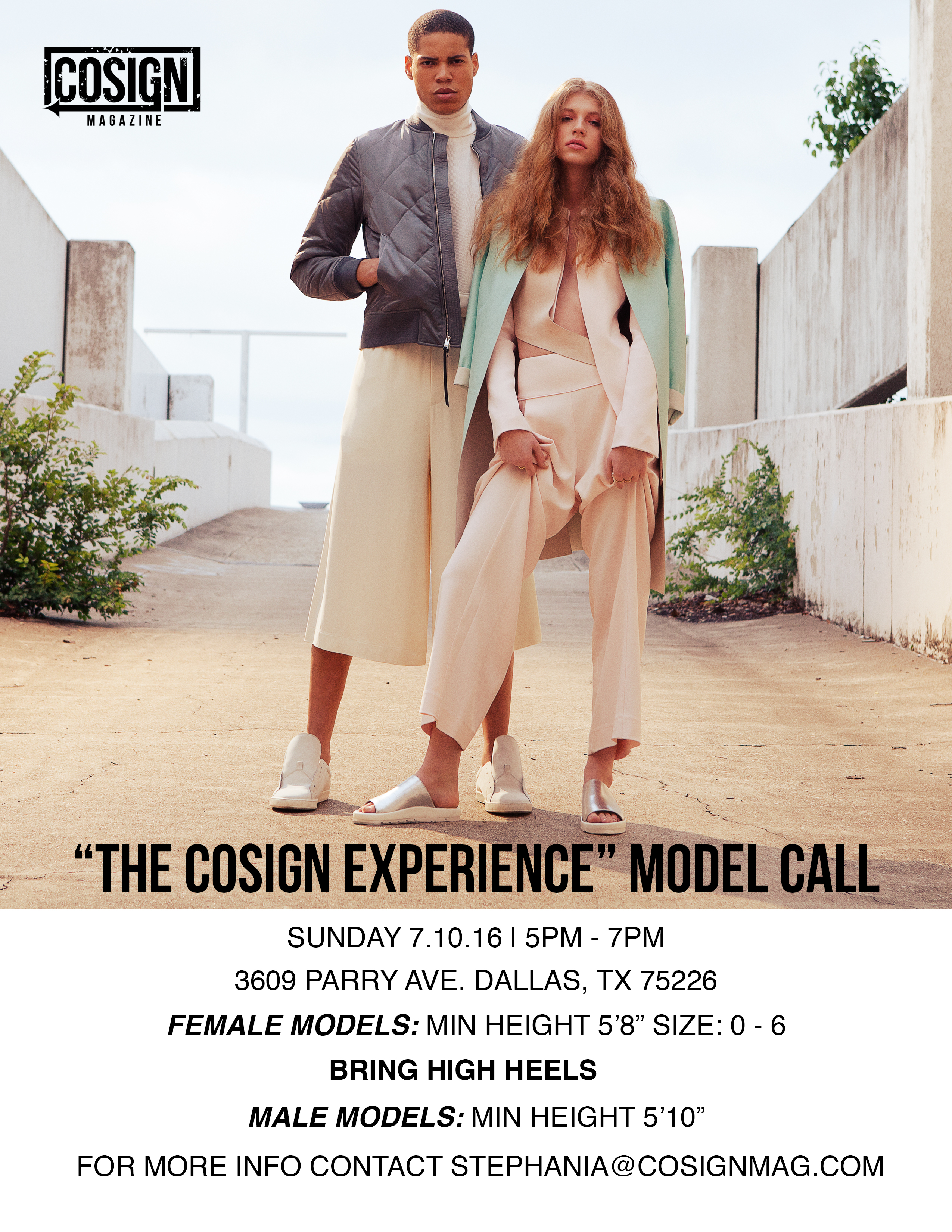