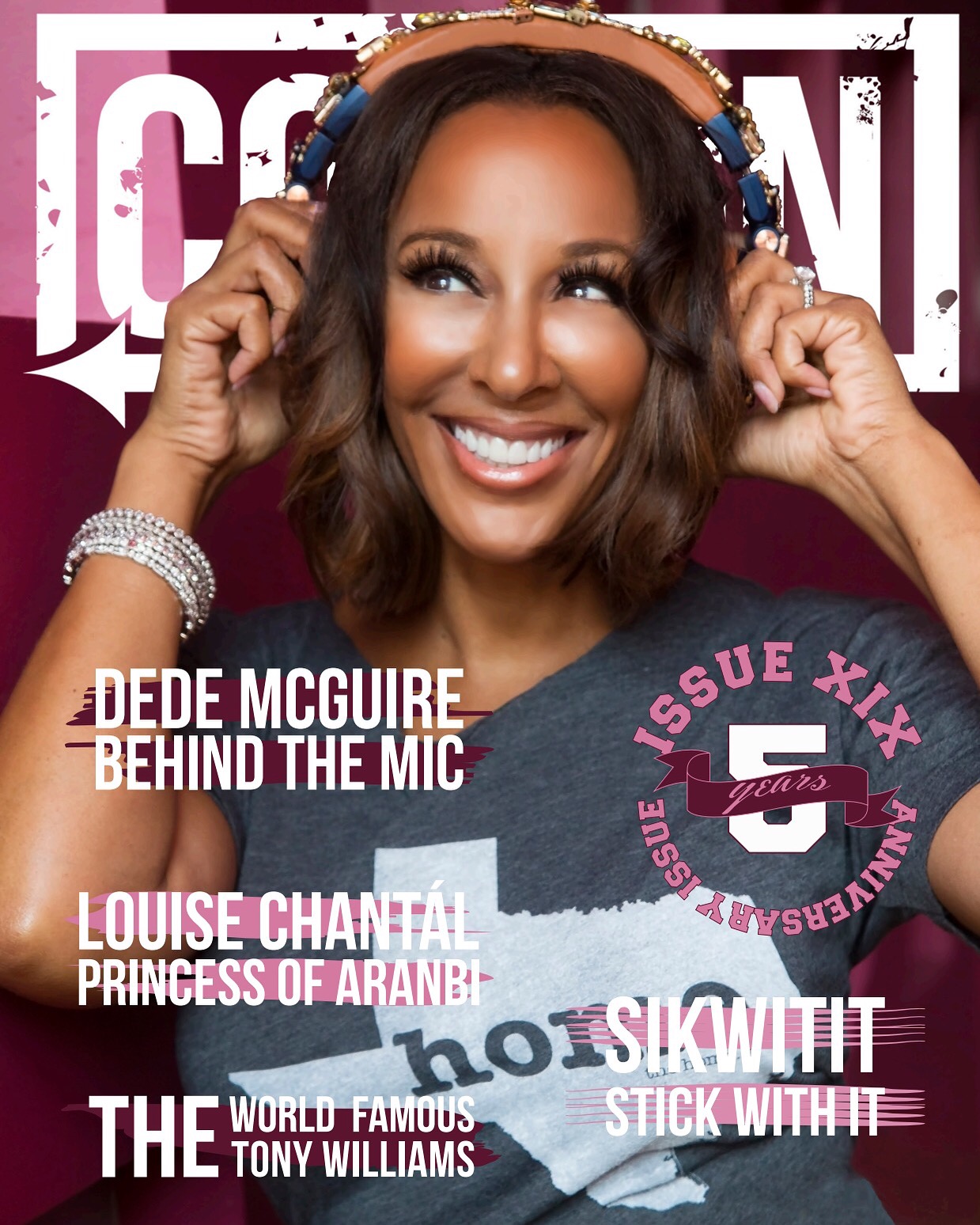 Interview: Behind The Mic With DeDe McGuire 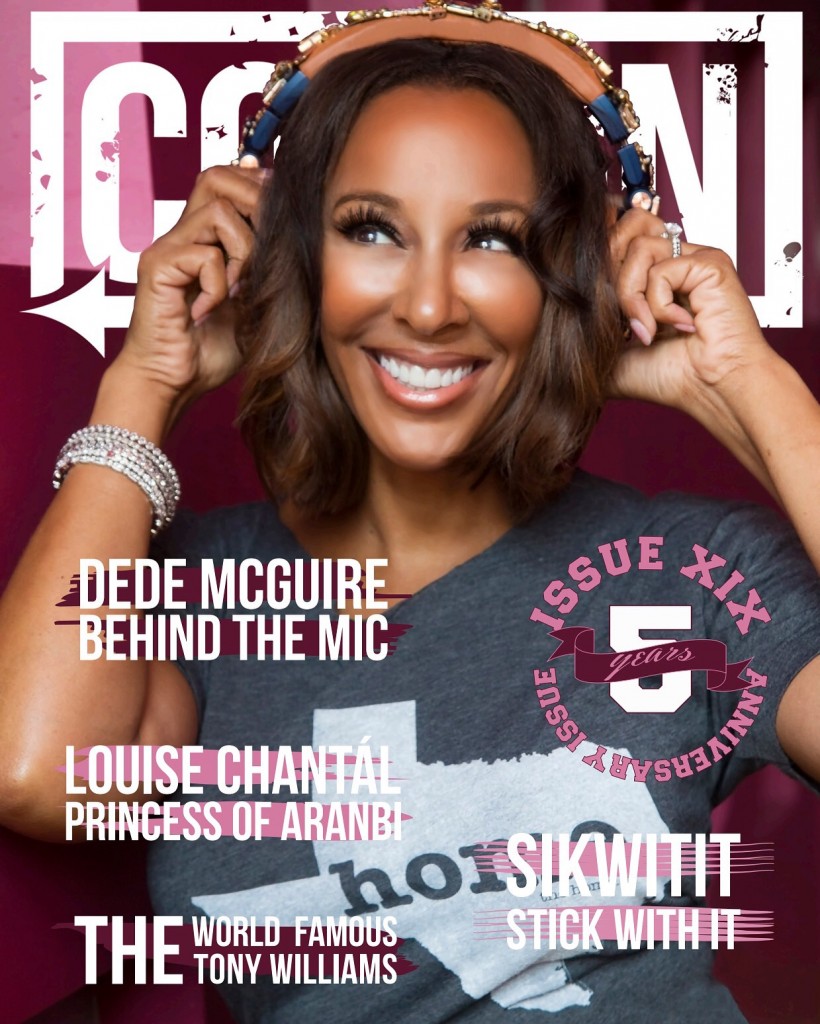 BEHIND THE MIC WITH DEDE MCGUIRE
WORDS BY: K.G. GRAHAM | @COSIGNKG

Some would call DeDe McGuire the queen of Dallas media, and they’d be correct. Some would call her the host of the number one morning show in DFW, and they’d be correct, again. But, who is this successful influencer outside of radio? What drives her to ride a dangerous line of blending her personal life with fictional tales? Who is this woman that has been invited to the White House not once, but twice, and has been featured in countless publications, conducted an abundance of television interviews and is still humble as ever? We were astounded to discover that DeDe is the same woman on air that she is off. She’s intelligent, silly, well spoken, full of energy and has a great personality. DeDe is a loving wife, daughter and sister who’s here to make a name for herself and empower women along the way. She’s the voice of morning radio for Dallas-Fort Worth.

Growing up a military brat, like myself, DeDe and her family lived all over the world. “I lived in Seattle, Germany, Killeen and now Dallas for the past ten years,” says DeDe. But, it wasn’t until her stint at Texas Women’s University (TWU) in Denton, Texas where her radio seed was planted. “I went to TWU to become a news anchor and everyone said I was silly and goofy and that if I were to do a serious interview about a death or something, I’d end up laughing and that wouldn’t be good. They said my personality was more for radio, so I started working and ran with it. I ended up getting a receptionist job at a local country radio station. On my lunch breaks and on weekends, I would practice how to do radio while everyone was eating and when no one was there. The owner’s wife told me I had a great voice for radio. From there, I transferred to a community college in Killeen and got a radio job there.” Growing up in Killeen, as a teenager I remember DeDe’s distinctive voice when I would to listen to 92.3. When I moved to Dallas, it was a great feeling of inspiration to know that this individual is from where I’m from and she’s made it in a major city.

Like most high-profiled entertainment careers these days, the job market gets oversaturated once it becomes trendy. Everyone wants to be a rapper like Kanye West, a model like Kendall Jenner, a star athlete like Dez Bryant and a host of a number one morning radio show like DeDe and/or The Breakfast Club. But, 90% of the time people have ill intentions. They seek these positions for popularity and the benefits, but not our DeDe (she’s from my neck of the woods, so I’m claiming her like we’re kin). “Radio has always been the same for me, it’s been my job, my profession, my career and I just focus on that. I focus on getting great ratings and being good and moving on to the next. I’m not focused on getting VIP in the club, or being famous,” DeDe explains, although I’m sure she has no problem using her perks to receive free drinks at Gloria’s, or free hair extensions, such as the hair she complained about receiving on the low that wasn’t of the high quality she’s accustomed to. That’s a hilarious story on its own that you might see later on cosignmag.com.

With new trends come new opportunities. For example, any musician with a laptop can create a home recording studio and now terrestrial radio is starting to face the same challenges. Over the years, online radio and podcasts have soared to new heights. It’s becoming very popular amongst millennials and anyone with a voice can now dabble in this radio sphere. Look at some of your favorite entertainers such as Joe Budden and Noreaga, both successful musicians have now crossed over and seem to be doing quite well in the podcast realm. “I love it, it’s another avenue, another outlet, it’s a good training ground, you can be opinionated as you want to and make money off of it. I’m a big supporter of it, it’s the way of the future. If you can get a chance to do it, do it.” Dede #COSIGNs those, who looks to do podcasts and online radio. It’s putting in the hours practicing, which prepared DeDe for her career. “I would practice as often as I could. I would practice annunciating words, then go back and listen to myself and work on my radio voice. I would work as much as I could.”

To be successful, you must be a workaholic and with DeDe, there’s no turning off. She’s constantly working, whether she’s out on a date with her husband or at a restaurant getting drinks, everything can become content for work. To prove our point, moments after our interview, Dede and her publicist D’Lyte went next door to KD’s Custom Jewelry to conduct an on the spot Q&A about the grill culture (gold teeth), which was aired on the radio a few days later. Work, work, work, work, work. But, how do you balance work, your personal life and having a significant other, while managing a career that requires so much of you? Many are faced with this question and leave it up to DeDe to have the perfect answer. “You have to marry the right one, you can’t rush it and you have to be patient. It’s really God’s timing. I got with a man who was comfortable in his own skin and was ok with my career. He has his own career, and understands what I do is for my job.”

With years of experience and an impeccable resume there’s always room to grow and improve. In the embryotic stage of DeDe’s career, her focus was on learning everything she could about radio, i.e. being a receptionist, program director, co-host, etc., and she recommends that those aspiring to get into media do the same. Being a co-host on a nationally syndicated radio show was an amazing look and experience for DeDe, and it only fueled her ambitions. “I would like my own nationally syndicated radio show, with my name on it, and my own talk show,” she says, when asked what’s next for her career. Remember the girl who was told that she should do radio? THEY (sorry, Khaled) don’t want you to be successful in radio AND on TV, but guess what DeDe is going to do? She’s going to be successful on radio and television. With the knowledge she has received from her mentors and her years of experience, the only place to go is ALL THE WAY UP. “I remember the biggest tip/advice I got in my career was from Tom Joyner, who has been doing radio forever and owns his own show. One time he told me he only reads books and stories of people who are doing big things and how they became a success. From there I started reading books. I wanted to learn, so why not learn from successful people who’ve made it already.” DeDe recommended “The Power of Now,” “Rich Dad, Poor Dad,” and she even advised to create a vision board to assist in visualizing your ideas and goals.

Midway through the interview, I was overwhelmed with all the gems DeDe was dropping but in the midst of knowledge, I found out some funny, yet disturbing news. For those, that know me personally, know it is one of my life goals to meet, interview and befriend one of the biggest moguls of our generation Sean “Puffy” Combs, aka Diddy. DeDe explained that she was blessed, well I say “blessed,” with the opportunity to interview Diddy at the station and I was immediately excited to hear more. “The interview went well, we were vibing, cracking jokes and hitting it off. I really thought we were friends, I thought this was so cool. Then once the interview was completed I tried to hold a conversation with him and he ignored me. He was completely in his phone in his own world.” DeDe went on to explain that she believes entrepreneurs of Diddy’s caliber have complete tunnel vision and lack time for small talk. But, the thing to remember is that this is your job, and you can’t take it personal.

On a lighter, and more pleasant note we’re ecstatic to hear that DeDe #COSIGNs, COSIGN Magazine (currently patting ourselves on the back) when we wrapped up our 30-minute interview segment with our signature question, “Who do you #COSIGN?” “You guys number one, I’m really proud of you, this is so awesome for the amount of time you’ve been doing this and what you all have been able to accomplish … I also COSIGN my co-hosts Lady Jade and Michael Shawn. I feel like people are really sleeping on them. Michael Shawn is a really funny comedian, great father and good friend. I feel like he should be doing a lot more in Dallas, like Lady Jade. I think Jade is coming into her own a little more now and we’re seeing a new side of her. I really #COSIGN my co-hosts.” 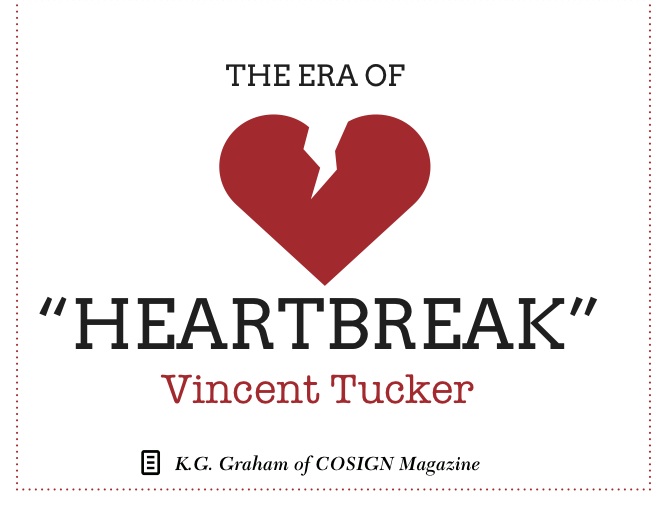 Vincent Tucker – The Era of “Heartbreak”