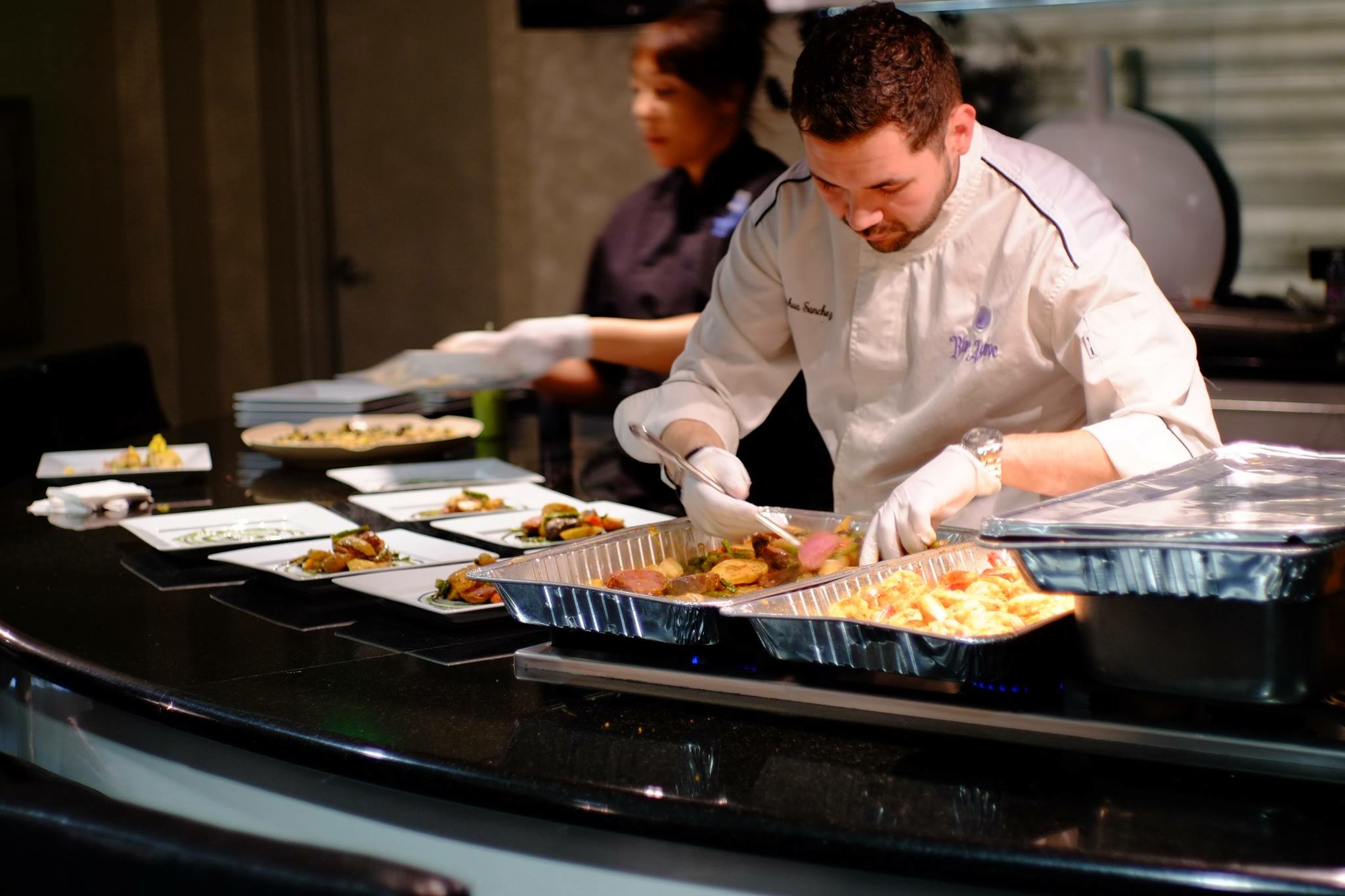 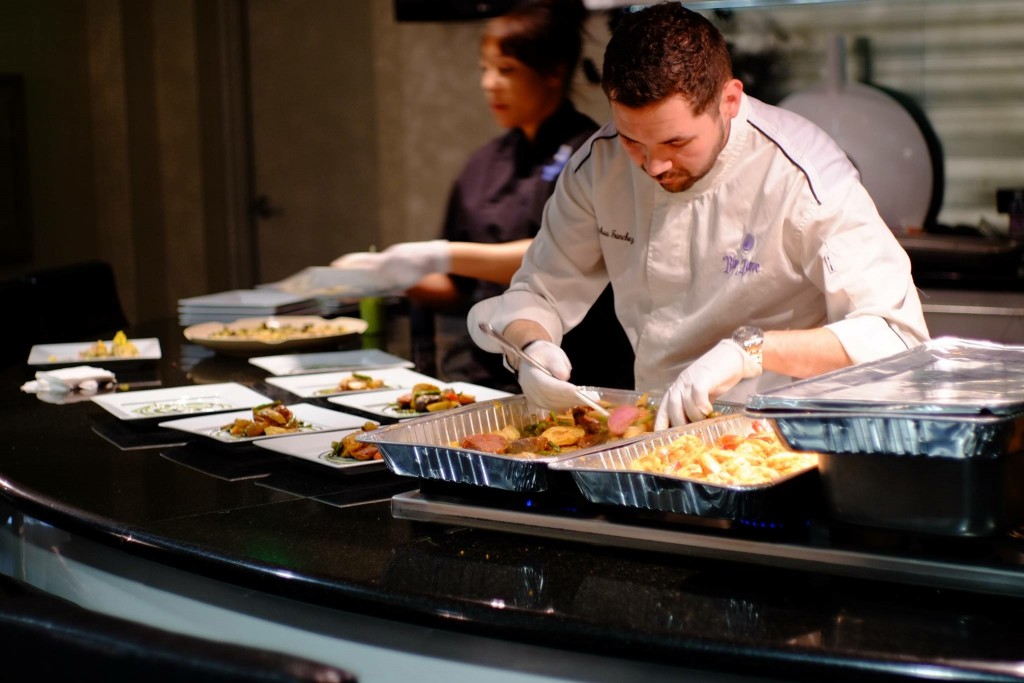 Joshua Sanchez has been a chef for 12 years. He got his start at 16 when a close friend, Marcos Rodriguez, got him a job at the Diamond Club, a VIP restaurant in the Texas Rangers’ stadium. “That started my journey to some learning curves, like burns and cuts being part of it.” Since then, “I’ve had the pleasure to work for Dean Fearing at the Ritz-Carlton & Stephan Pyles when he had Restaurant AmaLur at the Gaylord Texan. Both these chefs inspired [me] to focus on Southwestern Cuisine,” said Sanchez. 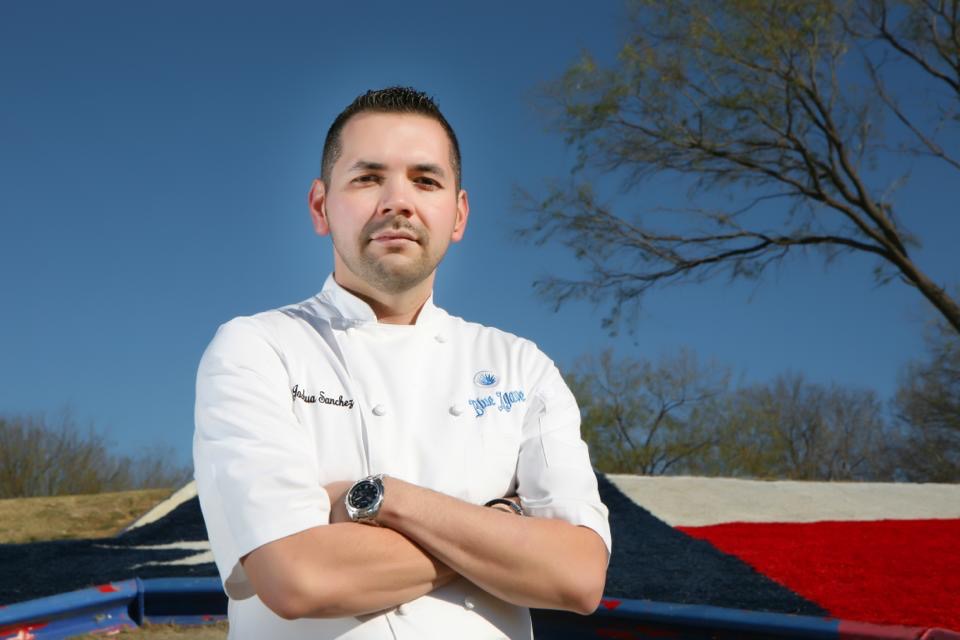 Sanchez now owns his own catering business, Blue Agave Catering, and is also working to grow his brand,Kitchen Mafia. In 5 years, he says, “I see Kitchen Mafia on TV and a kitchen near you … maybe culinary reality TV or restaurant take over show; in peoples’ kitchens on cutting boards. My own branded knife set and culinary clothing.”

We couldn’t COSIGN Kitchen Mafia without, of course, tasting his work. We stopped by Sanchez’s event venue, 1010 Social, and sat down to what would be a 6-course sampling. 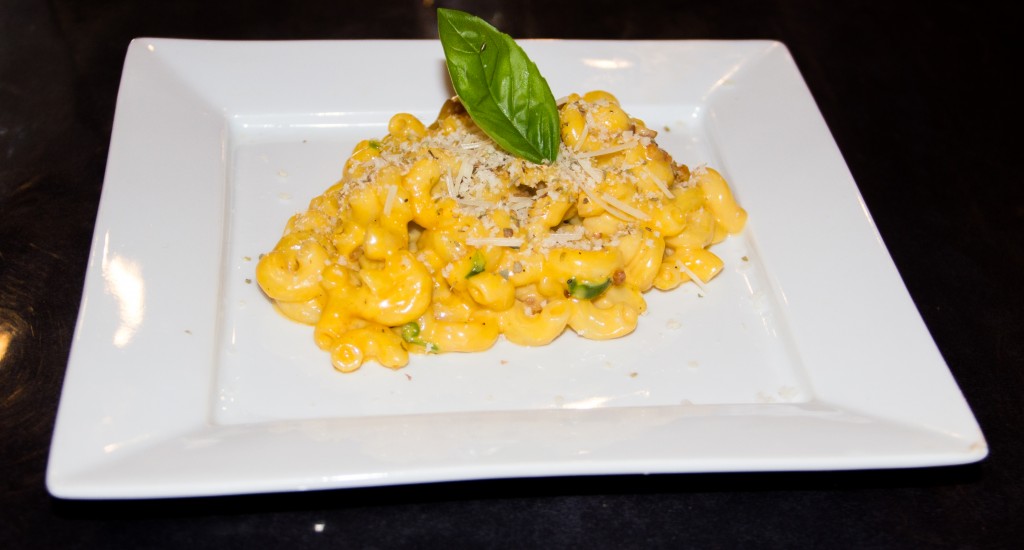 We began with the Mac & Cheese, (Velveeta & Parmesan cheese sauce with roasted jalapeño and Applewood smoked bacon topped with herb panko breadcrumbs). It had the kind of subtle spiciness that grows in intensity as you eat it, but did not become too hot. It had a really good mix of flavors, without the cheese being overwhelming and the bacon flavor really shined through. 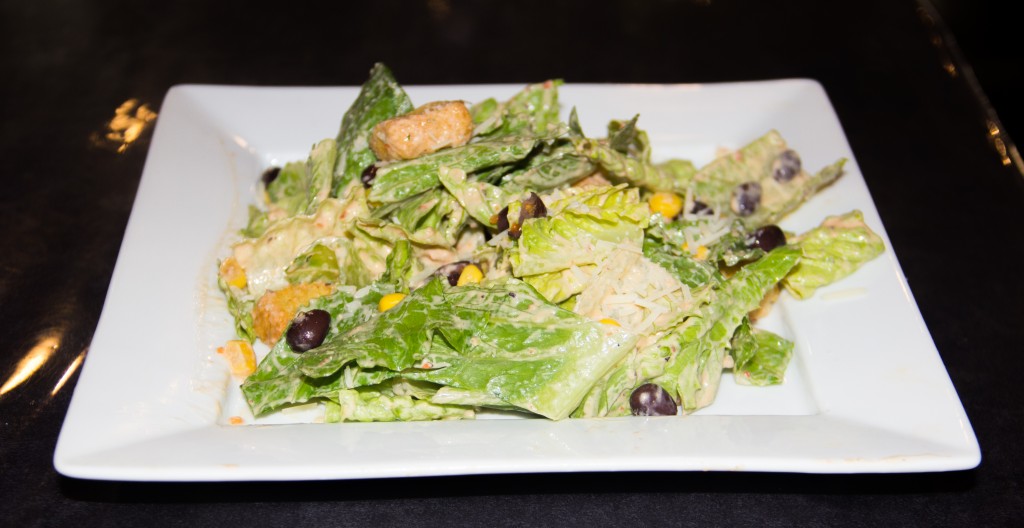 This was followed by the Southwestern Caesar Salad (romaine hearts with black bean corn relish, croutons, Parmesan cheese and chipotle dressing). The salad was a spicy Southwestern take on the traditional Caesar salad and is definitely a better choice over any house dinner salad. 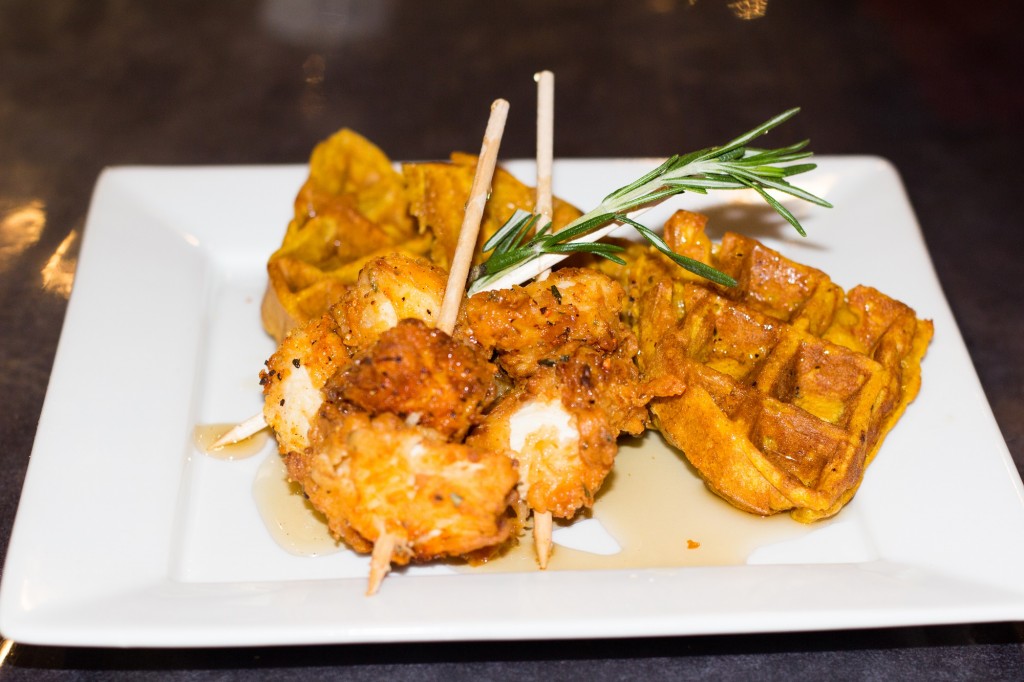 Now, onto the main courses. We started with what has become THE trendy culinary combination of items: chicken and waffles. But Sanchez’s Chicken & Waffles didn’t trade taste for trendiness(cinnamon pumpkin spice waffle, crispy chicken sautéed in a rosemary flour batter, drizzled in maple honey). It was absolutely awesome! The chicken came 3 juicy pieces to a skewer alongside a moist waffle, but the maple honey syrup was the game changer.

The Chicken Alfredo (grilled rosemary chicken with penne pasta and creamy garlic sauce) was also a winner, particularly the pasta. The alfredo was light and had a touch of sweetness; it really had me wishing our sample size was larger. 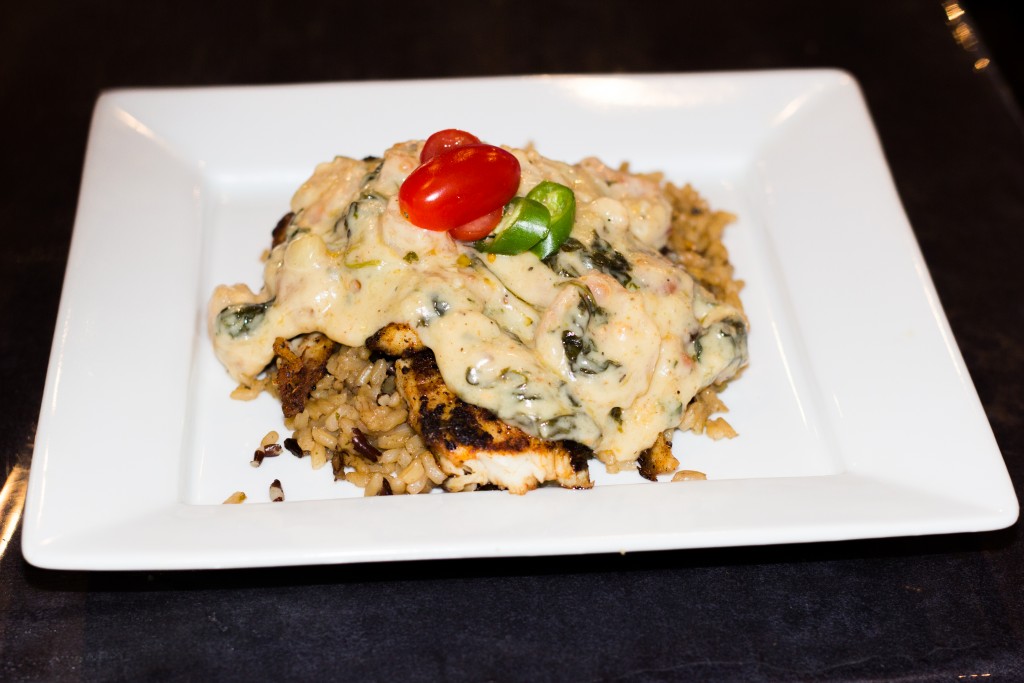 From there Sanchez gave us his Cajun Catfish (blackened catfish over wild rice and covered with a shrimp, bacon, spinach and tabasco sauce). Okay, perhaps by this point he was just showing off, but the seafood sauce was rich and creamy and whether it was over the catfish or the rice, it was delicious. Finally, we were served the Blue Agave Street Tacos (fresh flour tortillas, beef and chicken fajitas cooked over hickory wood with sautéed bell peppers and poblanos and caramelized onions) with a side of borracho beans and Spanish rice. They came with a salsa bar of avocado mousse, ranchero salsa and habanero salsa. The meat was tender and juicy. The salsa was mix and match, except for the habanero as it was a bit too hot for my taste.

We left full and satisfied, trying to figure out which of the dishes was our favorite. Needless to say, Blue Agave Catering and Kitchen Mafia get our COSIGN for their eats, and we look forward to our next opportunity to enjoy Joshua Sanchez’s craft.