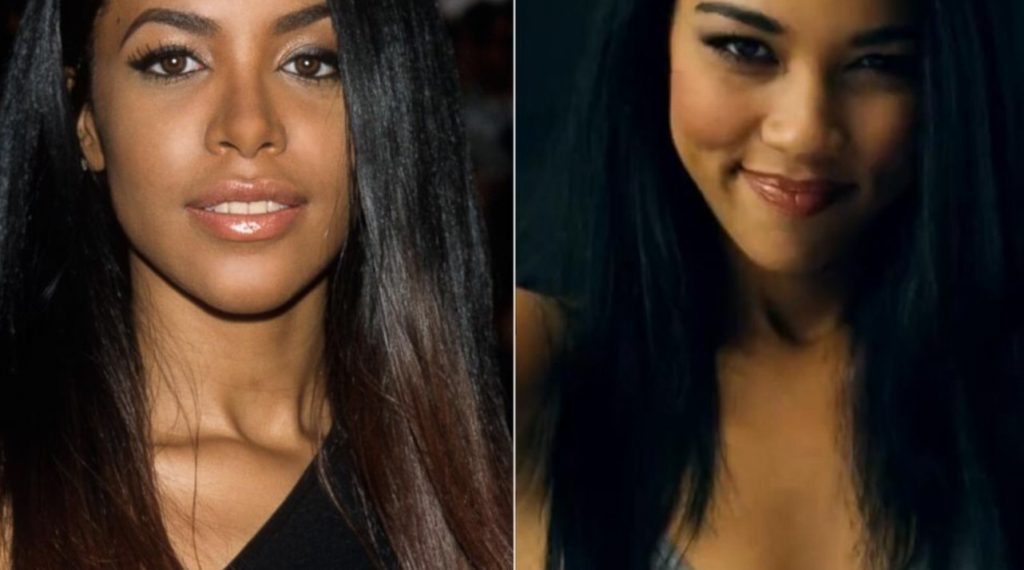 Aaliyah fans have finally got a chance to get a glimpse of Nickelodeon cutie, Alexandra Shipp playing the role of baby girl in the upcoming biopic.

Lifetime is the network bringing the biopic to life, they posted a short teaser for the flick on their Facebook page this past Friday, with the caption “Legendary. Iconic. Talent is eternal and hers is a perfect example.”

From rumors that the late songstress’ family didn’t even want this film to happen to the original leading lady casted, Zendaya Coleman dropping out of the project; a lot of buzz has been circulating about the TV movie. Talk show host, Wendy Williams, is the executive producer on the film and she announced in July that Shipp would be taking place for Coleman due to a “difference of opinions” ..and we all know, that’s a Hollywood line for “sh*t just aint work out.”

Coleman later released a statement on her Instagram, saying that she wasn’t morally OK with doing the movie since Aaliyah’s family wasn’t supportive, that the production value wasn’t high quality and there were just too many complications in general.

In the newly released clip, we see Shipp, 23, showing off some sexy moves in the late R&B singer’s signature, crop top and baggy pants. “Aaliyah: Princess of R&B” is set to premiere Nov. 15th on Lifetime.

Check out the teaser below:

Sudie Music graces the cover of the Dallas Observer! | (@SudieMusic)