Early mornings following late nights, especially those that may or may not have included alcohol consumption, tend to be the roughest. But as a veteran of festival weekends, I was up and well caffeinated at the 11 a.m. “Bloggers & Writers Meetup,” a panel discussion with bloggers Ashley Vance and Jerel Marshall. 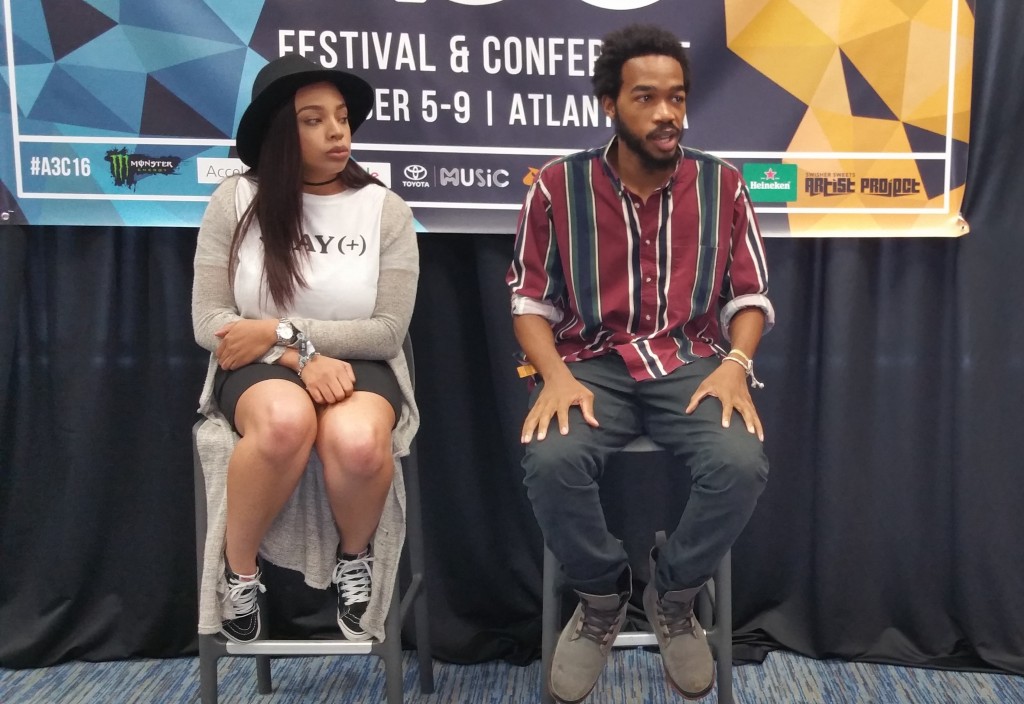 It was a solid discussion among the entire room, focusing on the nuances of hip-hop coverage, the best practices of how to use your platform most efficiently, and how to earn money by doing it. While I am formally trained in news/ed. journalism, I do notice the differences between the traditional news approach and that of covering hip-hop and the economics of the blogging world. The hip-hop, or music world for that matter, is more about the relationship building with the subject, rather than the objective news approach, and while I am versed in both having been on the entertainment scene in my city for over 10 years, I always find the conflict between the two interesting. I guess I have a nerd level passion for the understanding of both.

At 4:30, I caught the “Fab 5 Freddy & Organized Noize – Discovering The Dungeon: The First Interview” conversation in the Ballroom. Fab 5 Freddy unfortunately didn’t make it into town because a hurricane or something was going on, I mean, who knows? We’re focused on important stuff, not cataclysmic weather events. #HipHop! 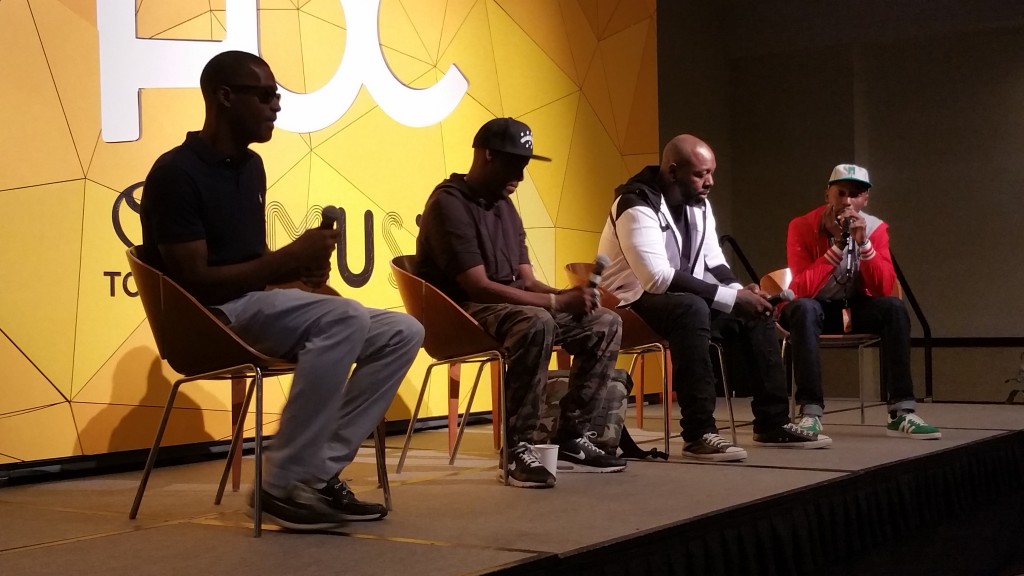 Hip-hop journalist Maurice Garland filled in for Fab 5, but Rico Wade, of the production trio held the floor most of the time. It was essentially an extension of the documentary “The Art of Organized Noize,” as the session consisted of stories from the early days of Outkast and Goodie Mob and anecdotes about specific beats the trio had created. The producers in the crowd were particularly interested in this during the Q&A portion of the event. The team shared their philosophy on beat making as a team and their methods to remain efficient, by working around the clock in shifts of sleep, production and going to get food. A3C was the perfect setting for this conversation as these three essentially launched Atlanta into the hip-hop world.

After linking up with some fellow Dallasites out at A3C, we bounced around Old 4th Ward to Café Circa for the “#JuiceA3C” DJ showcase on the rooftop and the “Who Got The Sauce? presented by Zaytoven & Digital Dope” on the first floor, among other venues. We headed over to Warehouse on Auburn to catch Starlito’s set at 11:40 p.m. at “The FanbasePresented By Schweinbeck LLC & Tha Cool Club.” Starlito is probably my favorite rapper right now, so I always try to catch his performances whenever possible. We waited in a long line and then had to trek through a shoulder-to-shoulder crowd downstairs and up the narrow stairwell in the back of the club to get to the second floor where the show was being held. I caught the tail end of the set, and actually got a chance to briefly speak with him. Having become spoiled by how often he releases projects, I anxiously wanted to know and naively thought he might tell me when “Step Brothers 3” (his collabo with Don Trip) was to drop. He kept it as vague as he has on record, with a response of “soon.” But, as he usually does, he stuck around after his set and chopped it up with and took pictures with every fan that was interested in doing such. 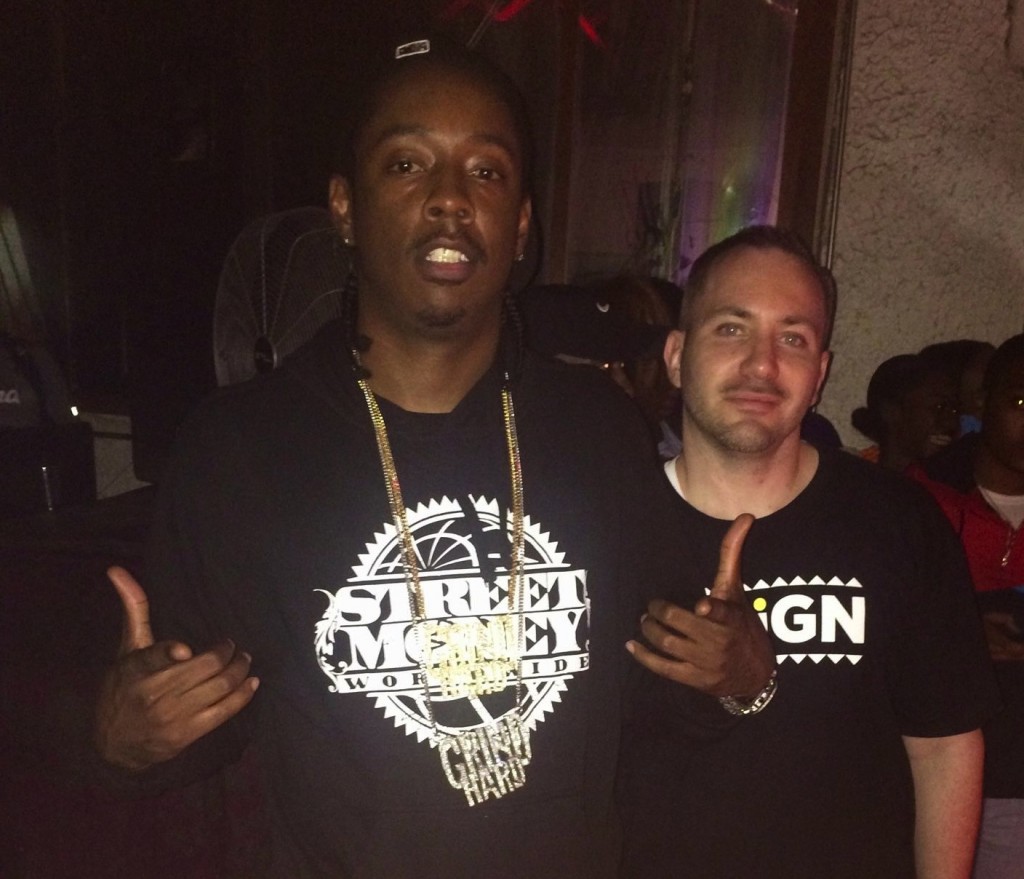 We headed downstairs to get a bit of breathing room and caught part of “The New Wave” showcase on the patio, while going back and forth to the party inside. This was our last stop of the night; we called it a night about 1:45. Day two down.