A Trip Down Memory Lane | 2012 Nike All Star Collection 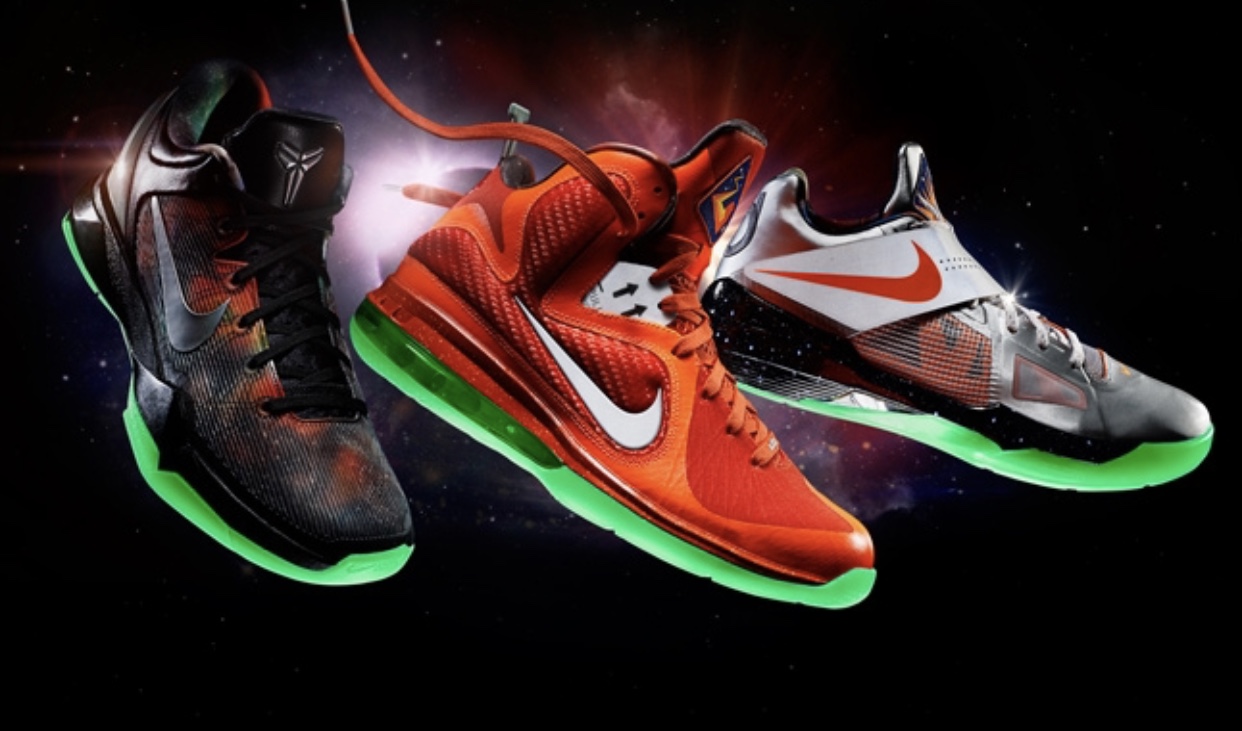 A Trip Down Memory Lane | 2012 Nike All Star Collection

NBA All-Star weekend is finally here, and if you’re like the rest of us, the main focus is what’s on the player’s feet and not the actual game. With several Nike basketball “All Star” theme sneakers in the past, there is one collection that set the bar high, and that is the 2012 NBA All-Star Nike basketball collection. Nike decided to go with a “galaxy” theme inspired by space exploration and the supernova, by putting the spotlight on three NBA mega-stars, Lebron James, Kevin Durant, and Kobe Bryant, with their own galaxy theme silhouette.

Nike also released a limited edition “Galaxy Foamposite and Flight One, that payed homage to Orlando Magic’s very own Penny Hardaway. The “Galaxy” collection was fueled with alot of hype, long camp outs, and riots, that led to police shutting the whole release down at several locations.

Lets take a trip down memory lane and reflect on the greatest All-Star collection in sneaker history. 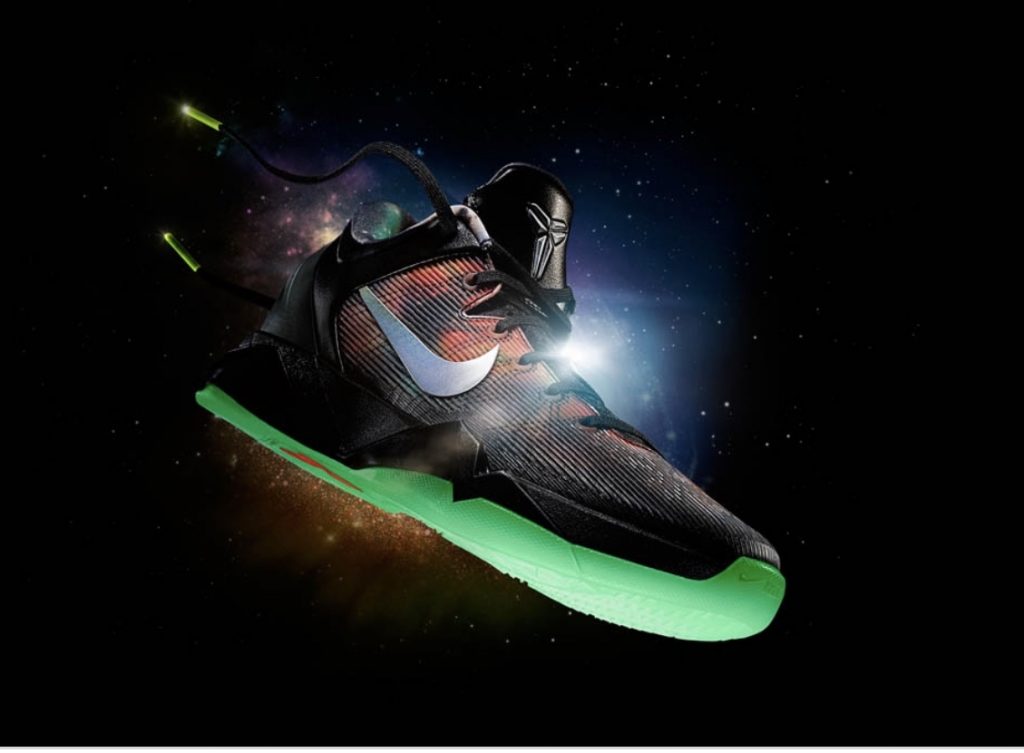 Nike decided to go with the theme “To infinity and beyond” when they released the Nike Zoom Kobe VII “Galaxy”.  The base of the sneaker is a galaxy print, and glowing in the dark sole really make it look special. The silhoutte also feature a 3-d heel clip, Flywire technology, Zoom Air and a glass composite midfoot shank. 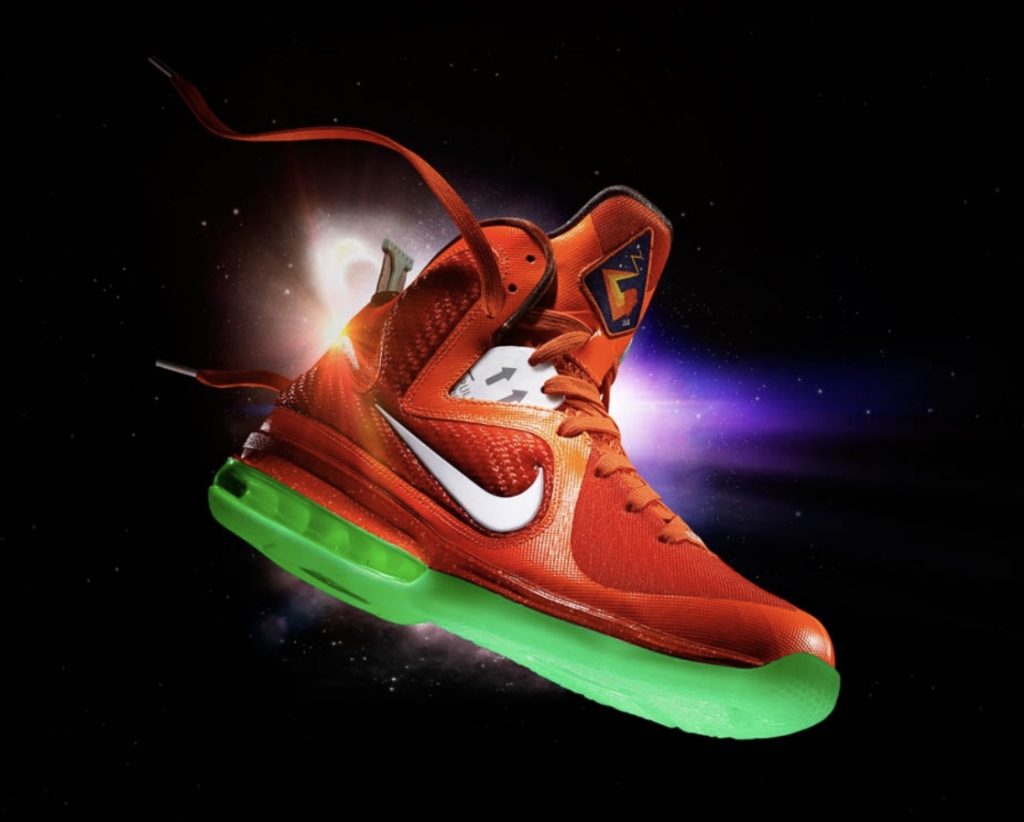 The Nike Lebron 9 “Galaxy” stood out from the rest of the pack. The sneaker displays bright hues of total orange on its silhouette. Metallic silvers add contrast to the sneaker seen on the swoosh, sole and lining. The lining also displays a space theme design. 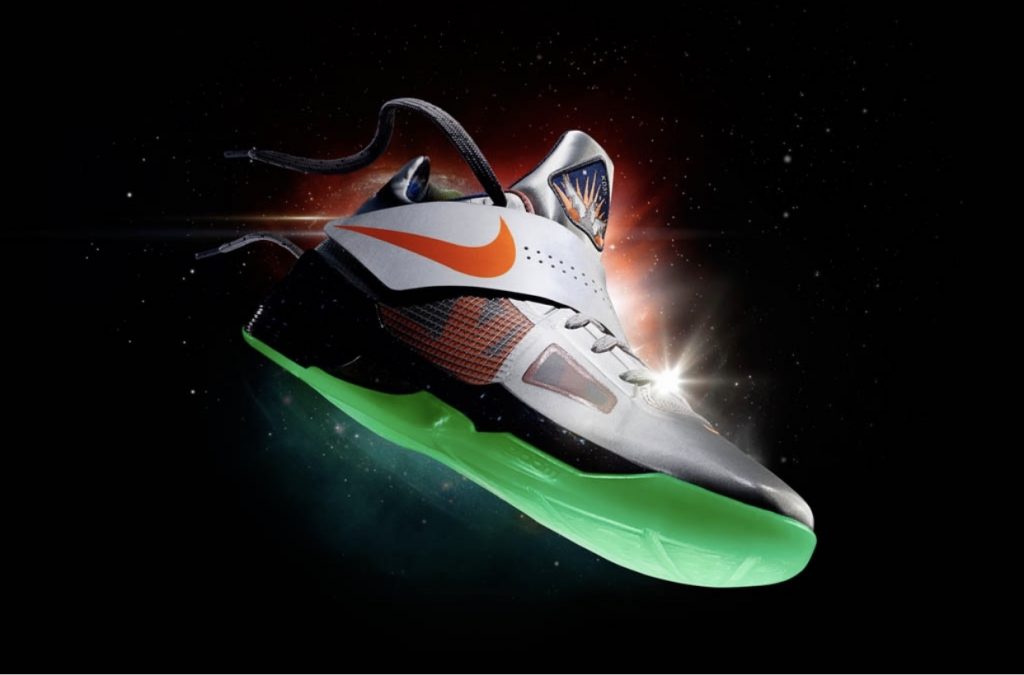 For his second straight start in the All-Star Game, Kevin Durant was wearing the “Galaxy” colorway of the famous Nike Zoom KD 4. The shoe features orange accenting and a silver synthetic upper. It also included a NASA inspired constellation image on the tongue and space print around the outer midsole, with a perfect glow in the dark finish.

Celebrating Penny’s time with the Orlando Magic, Nike released somc classic silhouettes that was worn during his NBA season. One of the silhouettes was the “Air Flight One”. The shoe sports a dark and Wolf Grey look, accented by a glow in the dark fresh mint details on the spheres and #1 on the heel and outsole. The shoe sold out in seconds the minute it released. 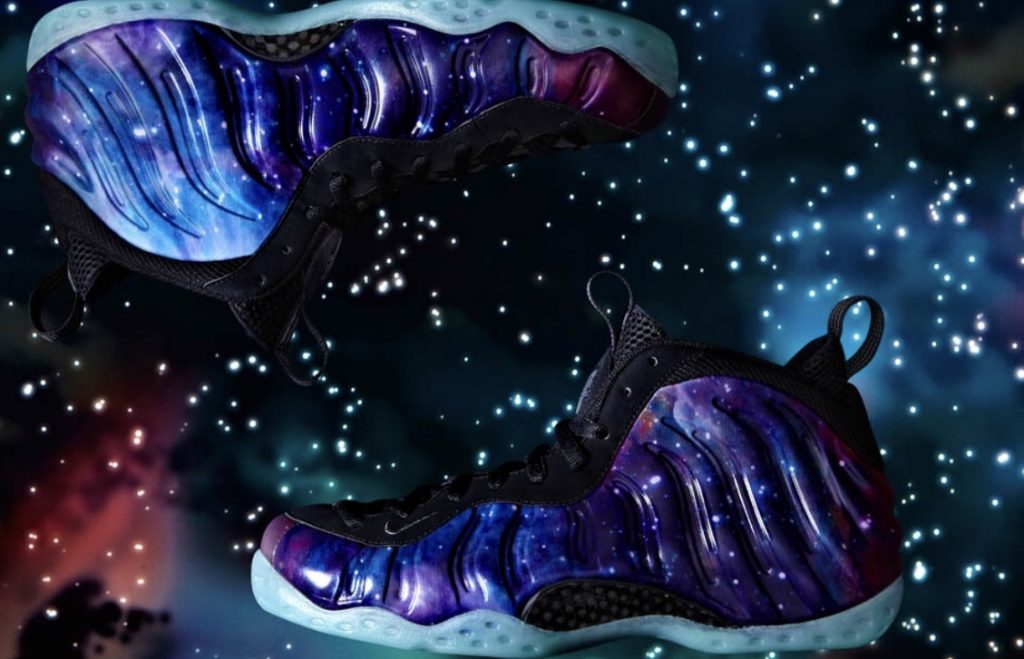 Last but not least, Nike added the finishing touches to the All-Star collection, by releasing a galaxy theme Nike Air Foamposite One. Covered in a full “Galaxy” theme on the entire Foam shell that is completed with a black upper, finished with the best feature the shoe has to offer, glow in the dark soles and accents.  The Nike Air Foamposite One “Galaxy” stirred up lots of chaos and caused plenty of riots worldwide. The shoe instantly sold out in seconds and went on eBay for triple the retail price.