Major news organizations spend hours conducting post-election political autopsies analyzing how much of the American demographic each candidate received. They make a special effort to focus on the black vote. The media dissects polls showing how much black support candidates have leading up to election day and how much of the black vote they received after election day. These things have led the public to acknowledge that we are a crucial voting block that can make or break a candidate’s political aspiration. People like Candace Owens say black people should not swear allegiance to the Democratic Party…she is correct with one thing, that black people are not monolithic.

However, one party hasn’t done as much (*coughs* “Republican Party” *coughs again*) as the other significant political party to meet the needs of the black community. That is why we must have a serious conversation about the black agenda that many activists have been advocating for because what we have received so far from both parties still is not enough.

If you are tired of relitigating what President Obama did or didn’t do to help the black community and very tired of being disrespected by what Trump says he is doing for The Blacks, the creation of a rubric to measure what candidates want or got our vote should be appealing to you. It is something that can be used to hold candidates accountable.

Black women are treasures. They are business leaders, faith leaders, community activists, caretakers, and more. They are always the first to fight against injustice. They are called the most faithful voting block because they show up and show out every election. Want something done right, put it in the hands of a black woman. Sadly, a rising number of them are being failed during their most vulnerable moments. The black maternal mortality rate is rising fast. Pregnancy-related deaths are preventable; no mother should have to have this on their mind during their pregnancy. Preventing this needs to be at the top of any national agenda. 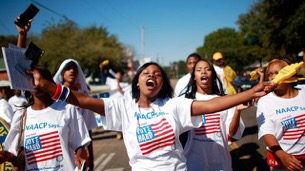 We do not have to look any further than Flint, Michigan, to know why environmental issues are black issues. Dr. Beverly Wright, a sociologist and CEO of the Deep South Center for Environmental Justice (DSCEJ) at Dillard University says “communities of color are They’re more likely to have toxic facilities sited near them, less likely to receive adequate protection to prevent disasters, and less likely to get the kind of immediate response White communities get when emergencies occur.” 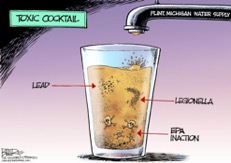 Knowledge is one of the only things that cannot be taken away. Education is the root of all possibilities; that is why it is essential to make sure that there is both equity and equality for black youth in the school system. Forbes Magazine published an article in April of 2019, highlighting in their words, a “groundbreaking study” that links community racial bias with the higher likelihood of black students being punished. 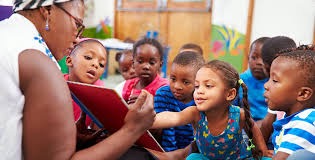 Criminal justice reform is critical for the black community. News stories about police violence against black men and women, the killing of black trans people, the disparity in jail, and prison sentencing can be very demoralizing, but we must continue to fight for change. The Sentencing Project, a group that compiles criminal justice data, says that “African Americans are more likely than white Americans to be arrested; once arrested, they are more likely to be convicted and once convicted, they are more likely to face stiff sentences.” 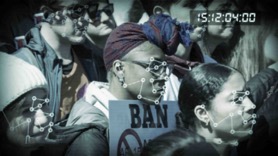 Who would have ever thought that racial and gender bias would make its way into technology? A Time report by Joy Buolamwini talks about how the lack of Artificial Intelligence can lead to discriminatory or exclusionary practices. We are at the front of this new age bias and it may have a more dire impact on all communities, especially those of color.