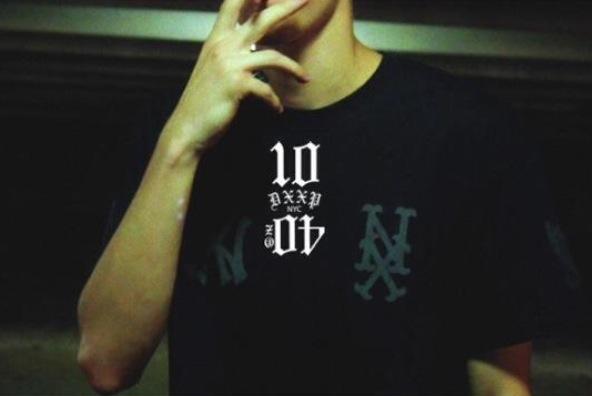 In case you missed out on the “lowkeyness” promo of the long-waited, epic release of a 10Deep x 40oz. collab, we’ve got it right here for you.

40oz (@40oz_van)* dropped a teaser video on his IG earlier this week, announcing the collab sending all the cool kids into a frenzy. 10Deep (@10deep) posted the same teaser to their Instagram account with the caption “#1040 Next Week”. Just when we thought we couldn’t get more excited about it, a few days later, 40 dropped the full length promo vid on Twitter. The video showcases about 3-4 shirts and a hat that will be released.

The video also includes, Dallas’ own, Jake Elliot (jake3lliot) – an on the rise, conceptual artist. You may have spotted Jake previously, in Black Market (@blkmktus) campaigns but you can catch him out now-a-days creating art by whatever he finds to be inspiring in the Dallas streets and I must say, he’s producing quality work while still making silent (but still very big) moves. So while we all wait for the release, just keep watching the promo video until you’re tired of it or until the background song featured (Give Em Hell – OG Maco x Key) doesn’t get you turned up anymore; whichever comes first.