“The hardest part of entrepreneurship as a creative is the social media saturation in the field. There are so many artists, photographers, videographers that the world has access to now a days and because of social media, you see some dope shit on your timeline and just keep scrolling. It creates an obstacle for me to where I have to make a decision on whether I post something and it lose value, or find a creative way to get it to people otherwise. It’s a struggle at times.” – Michael Andre

Growing up, Michael Andre was the epitome of the ‘jack of all trades.’ From personally knowing Michael I’ve witnessed him become GREAT, not good, but GREAT at everything he sets his mind to whether its art, music, design, photography, or sports Michael always excelled. “I was really into drawing comic book covers and video game logos when I was about 8- 10 years old. After that it was all about sports and girls for quite some time lol.” Michael and I attended middle school and high school together, we weren’t in the same grade as he was a year older than me. It wasn’t until graduation that I realized how much of a talented artist he actually was. In school he was always on varsity for football, basketball, and track. He even received a track scholarship which actually led him to pursuing his creative side. “I was on a scholarship at Cal State Los Angeles for Track and Field and blew my hamstring out my first and second year so that got cut. I never felt as though I was learning anything new so I didn’t mind. I just wanted to create.”

From there his true journey began. Michael is a self taught producer, engineer, photographer, videographer, and designer. “I simply picked up the tools, opened the programs, made a fuckload of mistakes and learned from them. It is the absolute best formula in creating your own style and methods. I literally learn something new in a program every single day. Click away in a program and you can learn anything.” After college, Michael moved back to Texas to figure out his next steps. With nothing but time and opportunity a creative genius was born with music as his initial love and design as his way to freedom. “I fell in love with music and explored every avenue of it that I could manifest for about 10 years. In the process of trying to be the best out, I would always have to pay for a cool album cover, flyers, videos, photo shoots you name it. The biggest problem with that was I couldn’t find anybody dope to match the vision I had especially when I began to experiment with sounds and styles. So I sat my ass on my computer, hacked into the adobe programs and figured them out over the years.”

It was through Michael’s discipline of learning the Adobe programs that led him to become an entrepreneur and make a living from his art. Micheal first learned photography as a means to earn a living so he could have time to figure out how to manipulate photos in post production such as the image featured below.

I would even say photography changed his life. In 2010, Michael worked his last 9 – 5 and quit has job with only $40 to his name. “I just knew I had more in me and I knew it was to create. So hell, if i’m working for someone else all week and i’m not growing or benefiting, why not put all my energy into what I want to do.”

With over six year of pursuing art full time Michael has an impressive resume. He’s worked with Hip-Hop artist Future, Pink Dolphin Clothing, B.O.B., The Olympics organizations, countless Division 1 Universities, plus many more. But, his biggest accomplishment to date was unexpected. “I would have to say my biggest accomplishment was winning the Atlanta Film Festival with my very first video “80’s Rok.” It was the first video I created on my own in my own style. It wasn’t even so much the win that made me feel so accomplished, it was the reason. Out of 1,700 International submissions my work was simply different!”

With such a unique talent it’s very difficult to describe his work or pin point the actual style. We had to ask Michael how he describes his style.”I honestly have no clue what my style is lol. It keeps me on my toes tho and I love that. I just try to put a spin on everything I see. I get inspiration from damn near every blink of my eye. I literally look at everything and say “what if I rotate this or remove these eyes and color this that way.” Hell, anyone that has seen my apartment and how often i rearrange it can tell my brain just runs and runs and runs with ideas. My dream goal is to find REPRESENTATION for my artistry that fully understands my art.”

We #COSIGN Michael Andre for showing the world that you truly can do anything you put  your mind to. From motion design, music, photography, videos, and creating art Michael demonstrates that with patience and hard work the possibilities are endless!

Who does Michael #COSIGN? 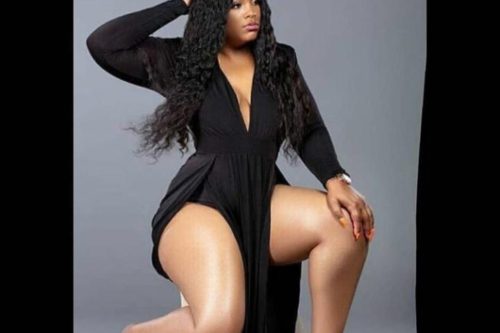 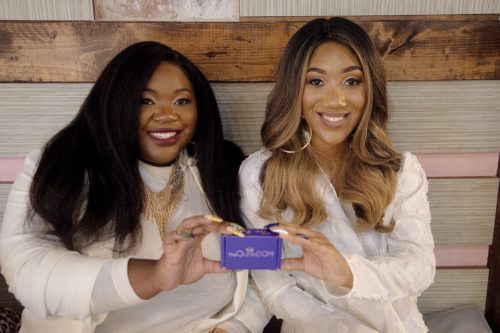