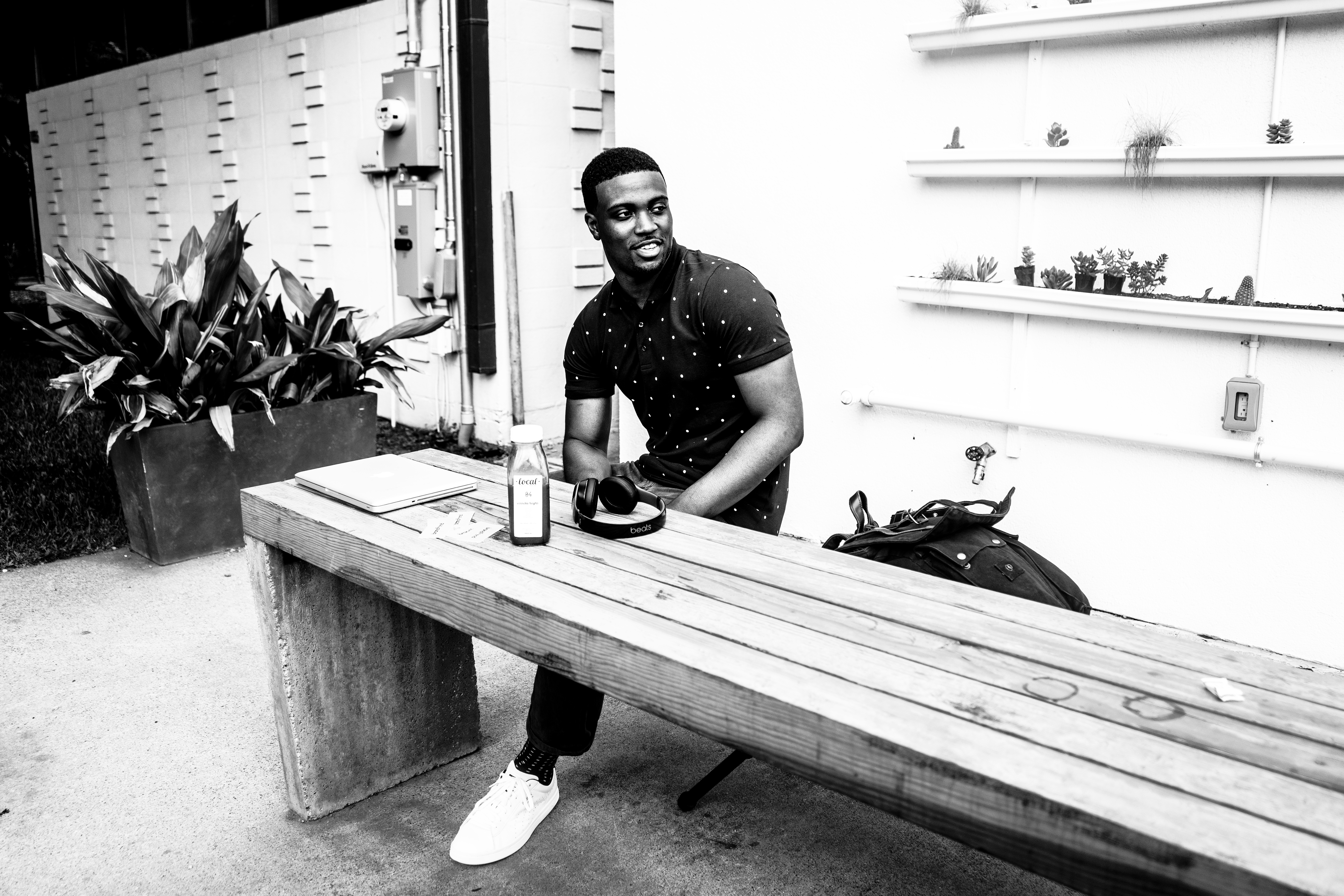 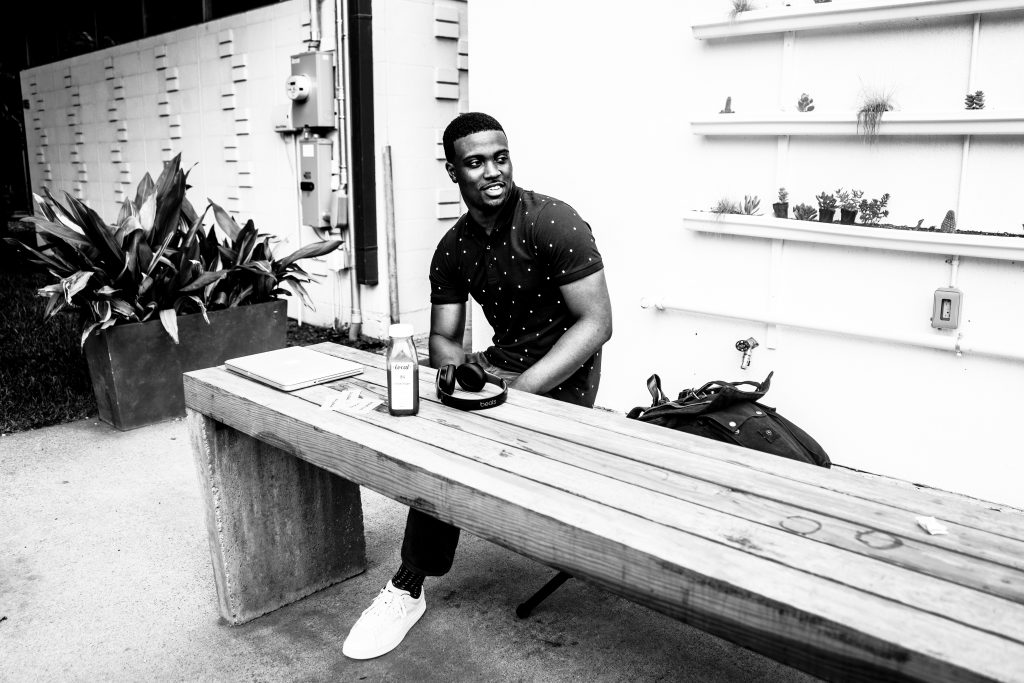 Jesse Alex is a graphic/web designer, brand strategist, entrepreneur and founder of Brand Fiend. He was born and raised in St. Louis, and had dreams, like many kids, of playing in the NBA. He played ball throughout school and one year at a junior college before he decided professional sports was not his calling. His next move was to Georgia with two friends, where he would attend The Art Institute of Atlanta, and make his start in the design world.

Although he didn’t graduate the Art Institute, it sparked the thought to take this and run with it. He would create logos and graphics for people for fun, and after working as a social media manager and then in marketing and advertising, he realized that he had developed a love for starting and growing brands.

“Around age 22 is when I realized I wanted to start something of my own,” he says. “Some friends and I started an online magazine at the time, and a few other ventures after. After that, and a lot of bad experiences at corporate jobs, I kind of knew having something of my own would be my calling … Basically I took all of that knowledge I had gained, and applied it to Brand Fiend, but in my own way of course. 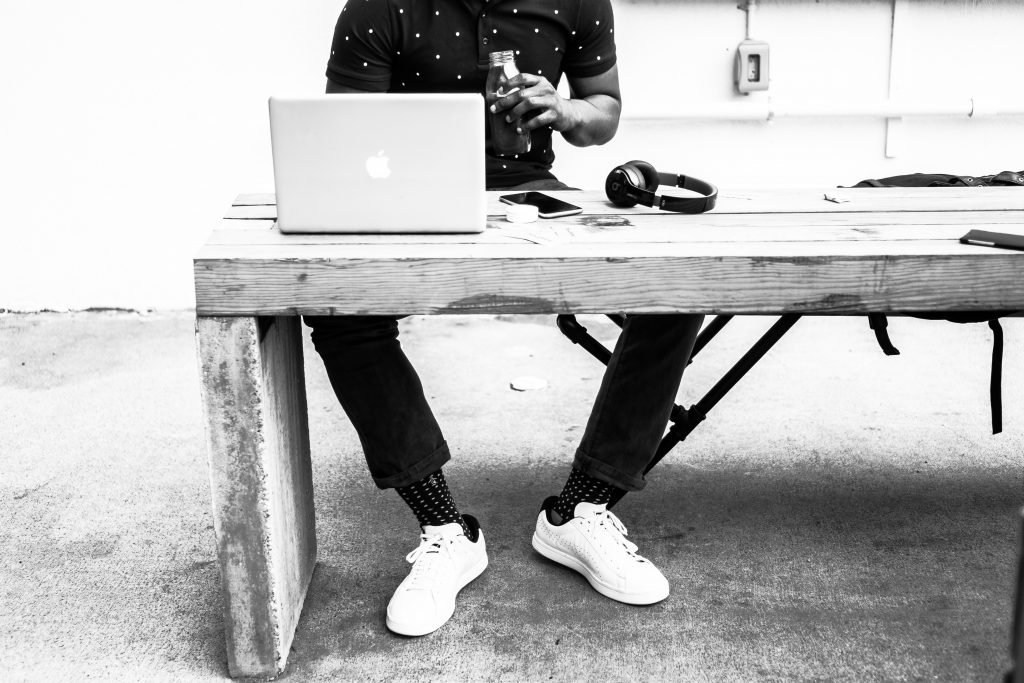 Jesse would eventually move to Texas, and was juggling Brand Fiend and a marketing and advertising job at The Dallas Morning News. “They owned companies that did similar things as Brand Fiend,” he recalls. “One day I was randomly pulled in the office and told they now looked at me as competition, as Brand Fiend started to gain more traction. They told me I had to choose between them and Brand Fiend. Let’s just say, I have a harder time deciding what I’m going to eat for dinner. The rest is history.” And suddenly Brand Fiend was the only job he had to juggle.

“Helping startups brand themselves is essential to not only my industry, but to the world honestly,” Jesse says. “Our job at Brand Fiend is to help clients tell their story visually.” So Brand Fiend offers clients logo design, web design, social media management, email marketing, personal branding and more.

With the ultimate goal of becoming a complete full service design agency, Jesse continues to manage, wearing many hats at Brand Fiend, from doing design work to running the business to courting clients and anything else he that has to do to keep the company growing. He’s optimistic on the future of Brand Fiend and expects continual growth, which includes hiring of team.

For Jesse, success, by his definition is, “Being able to do what you love. Being able wake up everyday happy with the life you’ve created for yourself. Also being able to help others while doing what you love means success to me, having an impact on others lives and businesses,” he says. “I’d like to be known as someone who worked extremely hard, someone who battled through each and every failure and laid a foundation not only for myself, but for my family going forward as well.”

Who does Jesse Alex #COSIGN? 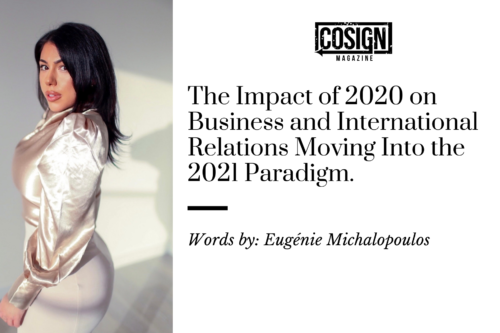