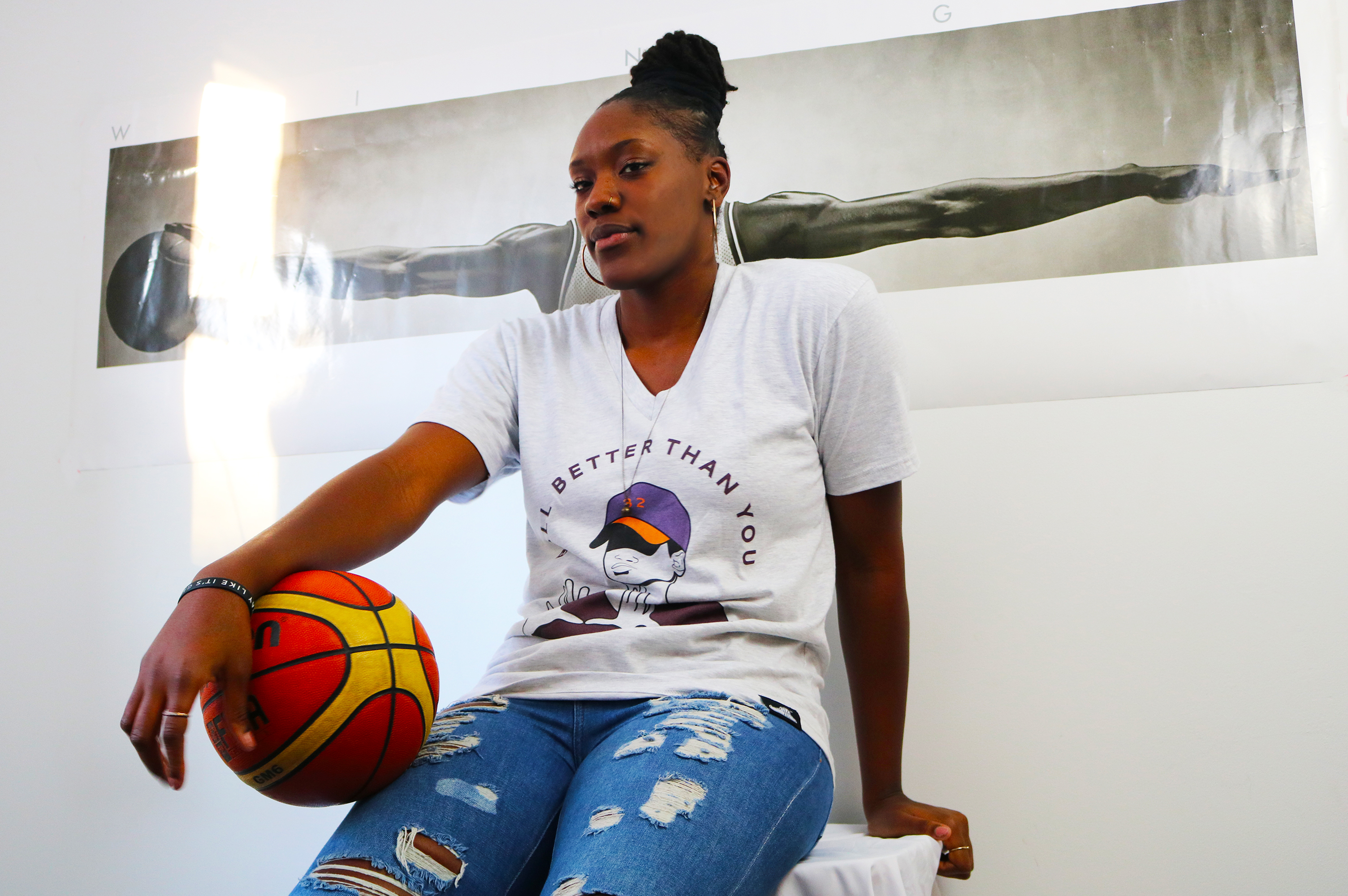 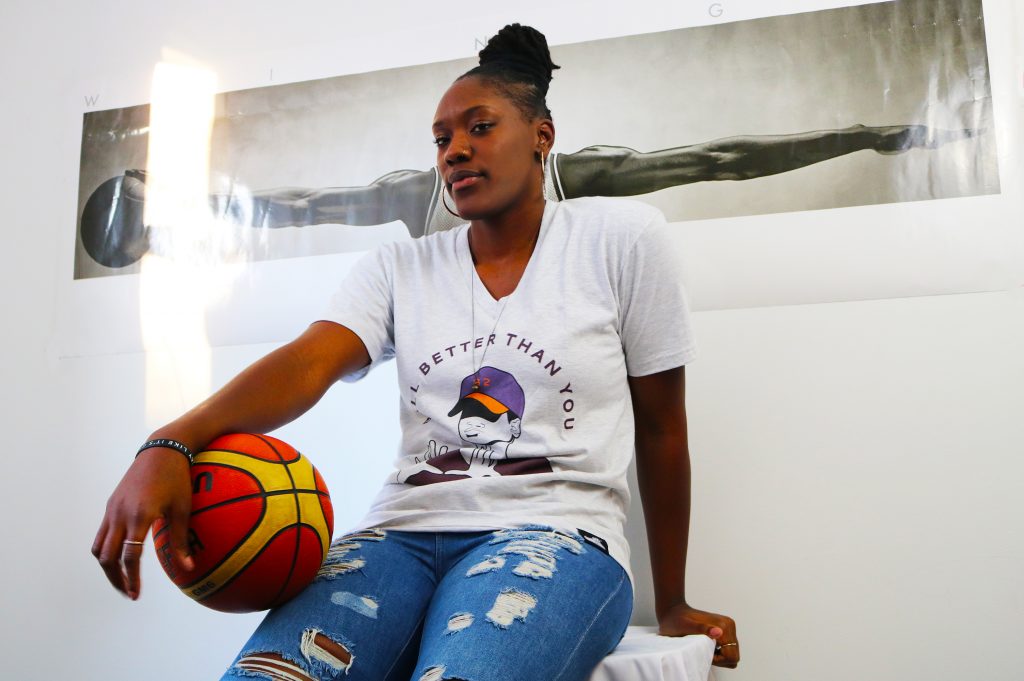 “I’ve always just wanted to influence the positive progression of women in sports. I think I can do that by building a community for athletes where they feel like their most authentic selves. It’s all about identity and how we see ourselves, particularly for women in the male dominated sports industry. I want to help make women in sports comfortable enough to win, not just on the court, but off the court as well.” 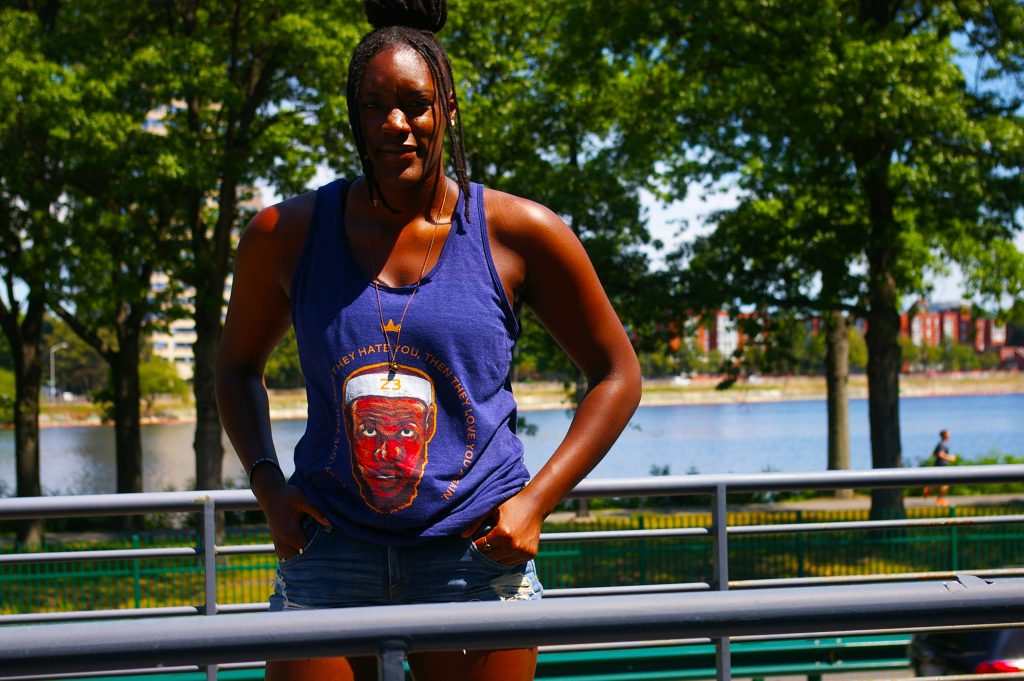 As a kid, Esther Wallace grew up in Springfield, MA – the birthplace of basketball, but basketball wasn’t always her dream. “Fashion design was the original dream,” she says. “When I thought about my future as a kid, I always thought I’d attend the Fashion Institute of Technology for college. I even enrolled at a performance arts high school for costume design, but I dropped out (because I didn’t like the idea of making new friends) and switched to a school that coincidentally had some of the best basketball players in the city. Everyone told me I should play because I was tall, but I never wanted to. I’m still not sure why I ended up joining the team, but I always say it was the best decision I’ve ever made.”

Esther states she was into fashion long before she started playing basketball. It actually wasn’t until high-school where she picked up a basketball for the first time, and hasn’t put one down since. By the time she was 16, she spent less time researching fashion and design and most of her time with her AAU and high school teammates, practicing, playing, watching games and going to tournaments. “Ball really was life,” says Esther.

As a basketball player, coach, and college graduate with her master’s degree Esther is inspired by some of the great basketball coaches such as Pat Summitt, Vivian Stringer, and Dawn Staley. “I payed a lot of attention to college coaches and college teams when I was first learning to play. Pat Summitt was my biggest inspiration because she was such an icon, both as a basketball coach and a leader. Plus, she complemented her character so well with a strong fashion sense on the sideline, which for me was very captivating. I never had the chance to meet her, but she definitely had a huge influence on me,” she says.

Now with her own clothing line, Originally Young, Esther wants to change the perception of female athletes in society and the misrepresentation of women in sports. Only in its embryonic stage, Originally Young has already been worn by former WNBA MVP Elena DelleDonne. “That was one of those “friend of a friend” situations. Elena DelleDonne works with a basketball trainer from Massachusetts that I know of through someone I used to play against. I had sent him some t-shirts, and he told me that he wore one when he was training DelleDonne and she really liked them. So naturally, I was more than happy to send her some. I consider Elena to be one of the most talented players period and I’m really appreciative of her expressing that she likes what I’m doing with the brand – hopefully I can keep putting out designs that players like her love.”

Esther feels if done right, OrigianllyYoung Sportswear could be a lifestyle brand that makes a tremendous impact in the world of sports. We #COSIGN Esther Wallace for being a positive influence in her community and the epitome of a go-getter. We look forward to witnessing her future success.

Who does Esther #COSIGN?