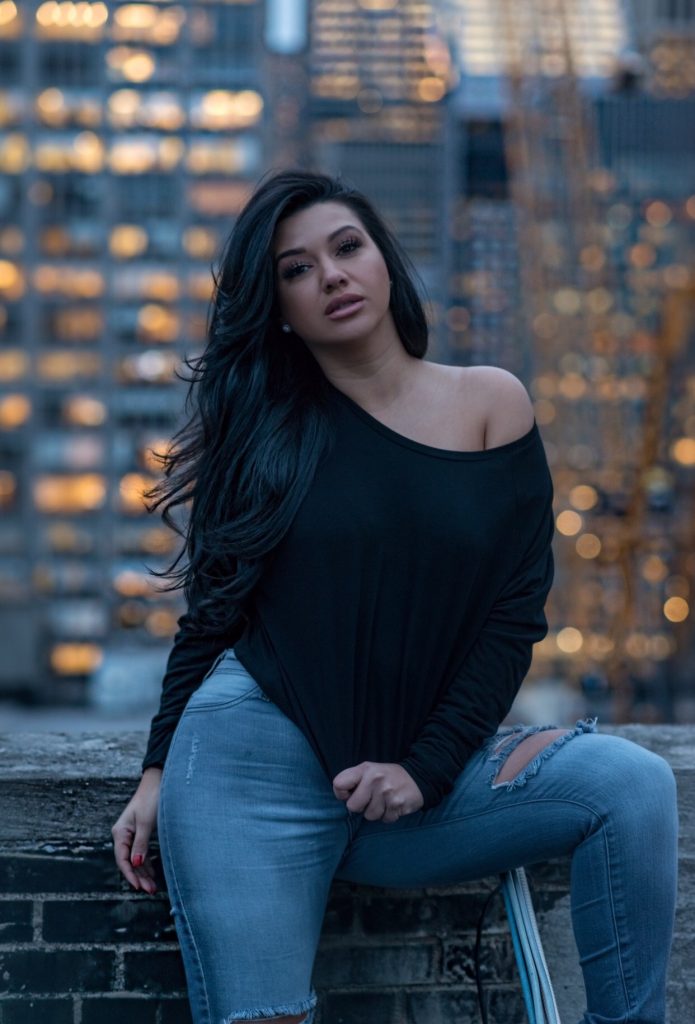 “I want women, latinas, little girls with dreams, the world to know that you should throw out your wildest dreams to the universe, then chase it with all your might! We must not forget to add a spoon of faith, a dash of passion, and a whole lot of prayers then see how it comes to life! You guys, ANYTHING IS POSSIBLE!”

Born and raised in the Bay Area, San Jose, CA to be exact resides Arie Rose, a phenomenal producer and TV host. “I bounce around from NYC, LA and San Jose, but my shoes and pillow reside in San Jose so that is what I call home,” she says. As a kid, Arie recalls that she has always been into acting, plays and theater, and enjoyed being in front of the camera. “I have always been inspired by Oprah! I am such a huge fan! She did it when it was nearly impossible for a woman of color, in an era with no social media.WHAT?! If she can do it why can’t I?! She’s so amazing.”

Receiving her Bachelors of Arts in Film/TV Production helped Arie discover her career path.”I really learned the behind the scenes in school which made me fall in love with all aspects in television. I first interned at Mundo Fox in 2013 where I was hands on with production and writing.”

The entertainment and television industry are some of the most difficult industries to penetrate. But with being a woman and a person of color in our society some would say reduces opportunities. We disagree. As a Hispanic man I’ve seen my mother hold two jobs, take care of two kids, and manage a household all by herself. It was through watching her that I realized you can accomplish everything through hard work.  With Arie also being a Hispanic woman I wanted to get her insight on how being a her culture influences her. “Being a Hispanic women influences me in many ways! I love that Latina’s are shown from an early age about balance. I have learned to cook, clean, raise a child and still have fun and enjoy chasing my dream on a daily. We do it all.” With hard work instilled in her at an early age, Arie applies the same mentality to her career path and following in Oprah steps.

What’s next for Arie Rose? Well, we were just as eager to find out. “Hopefully a film, I am writing one, but maybe catch me on the big screen, I love acting as well. I’m not the driver of my life, God is. I am his passenger with my head out the window enjoying every bit of this journey! *haha you just pictured that huh…=)”

We #COSIGN Arie Rose for her talent, drive, and hustle. We look forward to seeing her on the big screen soon. #COSIGNLife

Who does Arie Rose #COSIGN?

Fort Worth Art Festival Fun: Exploring the other side of the Metroplex